We'll get on with it

Precede means "to come, be, or go before." It can also mean to surpass in rank or dignity. The closely related word proceed means "to continue after a pause" or "to begin and carry on an action." Often precede is related to time, while proceed is related to action. 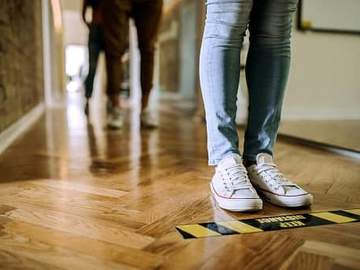 Without further ado, we'll proceed to the article.

Does precede precede proceed in the dictionary, or does precede proceed (or procede) proceed? If the preceding sentence produces confusion and irritation you are in good company, as many people find these reactions proceed from discussions of these words. Precede and proceed have many similarities: both are verbs, they are almost homophones, and they share etymological roots. However, in modern English use these two words are semantically distinct, and care should be exercised to use each one in its proper manner.

Usage of 'Precede' and 'Proceed'

Precede comes from the Latin praecedere, which is itself from prae- (meaning “pre-“) and cedere (meaning “to go”). This word has a number of senses that relate closely to the ‘coming before’ portion of its etymology, including “to surpass in rank, dignity, or importance,” “to be, go, or come ahead or in front of,” and “to be earlier than.” Proceed also comes from the Latin cedere, but its prefix (pro-) meant “forward” in that language. The meanings of proceed include “to come forth from a source,” “to continue after a pause or interruption,” “to begin and carry on an action, process, or movement.”

Just to be on the safe side we should mention that the venerable Oxford English Dictionary has an entry for precede with the definition “to proceed.” They do this, not out of a desire to confuse, but in order to perform their duty as the world’s foremost historical dictionary of English. Precede was used in this manner at one point, but as the most recent citation provided from the OED comes from somewhere around 1450, you probably do not have to worry much that this use will be relevant.

It may help to remember that the meanings of precede are often related to time, while those of proceed tend to be concerned with movement. It may also help to come up with a sentence that uses each of the words in correct manner (such as ‘As we proceeded from the house to the pool we were preceded by the children, who were eager to begin swimming’).