Is ‘Plethora’ Singular or Plural?

When your options are plentiful. (Well, you have two.)

You might remember plethora from the vocabulary section of the SAT. The singular noun, meaning “abundance” or “profusion,” derives via Medieval Latin from the Greek plēthōra, meaning “fullness.” 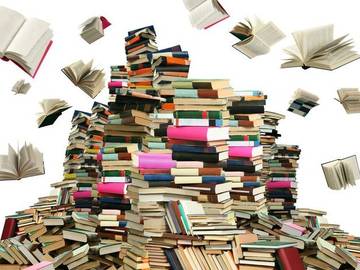 And this is just your shopping cart.

In English, this sense of plethora is almost always found in the phrase a plethora of, with a plural noun following of:

In his spare time, of course, Newsom will join Attorney General Xavier Becerra in waging a plethora of legal fights against the Trump administration, mostly focusing on environmental protection.
— Ed Kilgore, New York Magazine, 10 May 2019

This discomfort is, of course, at odds with the fact that America was built on linguistic diversity, with Native Americans speaking a plethora of languages and dialects and colonists conversing in Dutch, French and German, among other tongues.
— Melissa Kravitz, Mic, 10 May 2019

Plethora originated in English as a medical term referring to a condition marked by an excess volume of blood or other bodily fluid, with associated swelling and redness. That use could appear as a singular noun or a noncount (or mass) noun.

In a plethora of, the word is exclusively singular, led with the singular article a, even though it implies a plural. And that fact commonly leads to the question of whether plethora should take a singular or plural verb.

Some writers adhere to the rule that since plethora is itself a singular noun, the corresponding verb should be singular:

These options still exist (although not all the partners have them yet), but now it is the sheer plethora of images of art objects that dominates, along with the seamless movement among them.
— Roberta Smith, The New York Times, 11 Apr. 2012

The plethora of password leaks from social networks, businesses, and other sources makes privacy in games more important than ever, many developers say.
— Patrick Stafford, Polygon, 9 May 2019

Some writers conjugate the verb to agree with the plural noun that follows plethora:

It's not just regulators that have slowed Uber down in Europe. Over the years, a plethora of European competitors have emerged.
— Sam Shead, Forbes.com, 10 May 2019

Some over-the-top examples are still around, especially in the double IPA category, but for those looking to walk into the IPA pool …, a plethora of delicious options are available to ease you along.
— Lauren Buzzeo, Wine Enthusiast, September 2012

Since news of his condition broke, a plethora of animal rescuers and volunteers have rallied together to make Ewers’ dream become a reality.
— Robyn Merrett, People, 8 May 2019

As you can see, plethora can take a singular or plural verb. So which one to choose? Many writers opt for the plural verb on the principle of notional agreement, in which the verb is conjugated to agree with the notion of plurality suggested by plethora.

A more nuanced argument is that the singular verb should be used for instances when plethora suggests a lumping together of individual components (such as a stream of password leaks) and the plural for when the diversity of the collection (such as the delicious IPA options) wants to be emphasized.