Phase is a noun, referring to the stage in a developmental process, or a verb, often followed by in or out meaning to introduce gradually or remove gradually respectively. This is different than faze, which is a verb meaning "to daunt or disconcert," such as when one is "fazed," or conversely "unfazed," by something intimidating or unsettling

Phase is a noun referring generally to a point or stage in a developmental process. The moon has its phases, as do fickle teenagers. An artist might go through an impressionist phase. 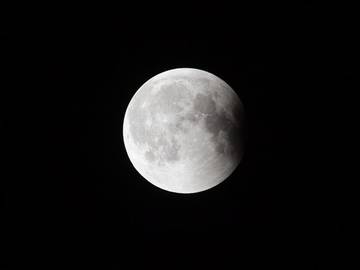 Or maybe a "photos of the moon" phase.

As a verb, phase is most often followed by in or out. To phase something in means to introduce something little by little:

Rather than unilaterally hiking the wage to $15, the former Colorado governor proposes phasing in the increases depending on an area’s cost of living. The most expensive quarter of the country would get a $15 minimum wage by 2021, and the least expensive would see that hike in 2024.
— Nicholas Riccardi and Associated Press, The Denver Post, 26 Apr. 2019

Conversely, to phase something out means to stop using it gradually:

One of the largest supermarket companies in the U.S. has announced it is phasing out single-use plastic bags in an effort to reduce plastic waste. The Kroger Co. says it plans to stop distributing single-use bags completely by 2025 across its chains.
— Merrit Kennedy, NPR.org, 23 Aug. 2018

The homophone faze is generally used only as a verb, meaning “to daunt or disconcert.”

But Homa never flinched. He made two birdies on the front nine and added two more on the first two holes of back nine, and he wasn't fazed by an hour-long weather delay. He finished three strokes ahead of Dahmen.
— Bob Harig, ESPN.com, 5 May 2019

This sense is often found in negative constructions, such as the above example. It can also be negated in the form of the adjective unfazed :

Following a report – blasted as “100 percent untrue” by Holmes’ publicist — that the couple had been planning a wedding and called it off because they split due to “trust issues,” the “Blame It” singer and the Dawson’s Creek star proved they were unfazed by the rumors.
— Dana Rose Falcone, People, 29 June 2018

Faze is a relatively new verb, first appearing in that form in the 19th century as an alteration of the now-rare verb feeze, which has the obsolete sense "to drive (someone or something) away." In the 1400s, feeze was also being used with the meaning "to frighten or put into a state of alarm.” In fact, four spellings have historically been attested for the word meaning “to disconcert or daunt”: faze, phase, feaze, and feeze. The last two of these have pretty much fallen by the wayside, while use of phase to mean faze is typically regarded as an error resulting from confusion of faze with the phase found in phase in and phase out.