'Personal' vs. 'Personnel': A Matter for You and Everyone Else

Keep this in your personal file.

Personal is an adjective meaning "of, relating to, or affecting, the person." Personnel is a noun referring to people themselves or a collection of people. A company's "personnel" would be all the people employed, an army unit's personnel would be the people in that unit. Confusion can occur in instances of "personal file" vs "personnel file" where the former is a file of one person, and the latter is a file of all of the people in a group.

Although they look similar, the words personal and personnel are pronounced differently and function as different parts of speech. The first is chiefly used as an adjective with many meanings, including “of, relating to, or affecting a particular person” (as in “good for one’s personal growth”) or “carried on directly between individuals” (as in “a personal interview”).

Personnel has a narrower application. Often found in business contexts, the noun refers to the people employed by an organization or the department in charge of concerns involving employees and related matters. 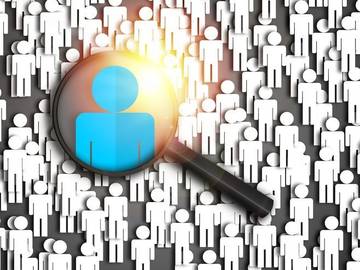 Origins of 'Personal' and 'Personnel'

Both derive from the Late Latin personalis, though personal took a tour through Middle English and Anglo-French, while personnel traces back through modern French, German, and Medieval Latin. In French, personnel was an adjective frequently used in contrast with matériel, the equipment used (as by a military unit). Some English usage commentators observed a rise in use of personnel as a mid-20th-century gender-neutral replacement for the phrase men and material, which turned up in some wartime writing.

Despite their distinctions, it’s not unusual to find personal and personnel in the same sentence:

Secretary of Defense James Mattis is actively considering banning US military and civilian personnel from bringing their personal cell phones into the Pentagon, the world's largest office building, according to three US defense officials familiar with an ongoing review of the issue.
— Ryan Browne, CNN.com, 31 Jan. 2018

Pruitt is the gift that keeps on giving in terms of examples of how senior government officials, particularly in this administration, abuse their power and their position … and really treat the government’s resources — of which the most valuable are personnel — as personal servants.”
— Don Fox, quoted in The Washington Post, 2 July 2018

Usage guides traditionally warn against confusing personal and personnel, even though their roles are rather cut and dry. You almost never see references to a company bringing in “new personal” or a person discussing their “personnel information” with their lawyer.

Possible Confusion Between 'Personal' and 'Personnel'

Where a problem might arise is not in usage by the writer but interpretation by the reader, as instances where one word can be swapped out for the other and both make sense can create ambiguity. A dispute between two employees, for example, might be described as both a “personal matter,” as it concerns a relationship between two people, and a “personnel matter,” as it relates to staff. Or a memorandum might belong in both your “personal file” (kept by you) and your “personnel file” (kept by your employer). That kind of overlap between personal and personnel tends to occur only in unique circumstances, but now that you've read this, with any luck you'll remember to keep it in mind.