The Difference Between 'Person' and 'Personage'

Both words have personality

Language changes just fast enough that we notice—and usually we disapprove of those changes that we notice. Relatively new words to American English are frequently criticized: think of impactful, ginormous, or bae, all of which rub some people the wrong way. 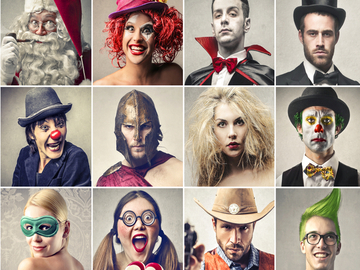 A personage is "a person of high rank" or "a dramatic, fictional, or historical character.” Its least-common meaning still in current use is a synonym of “person.”

Often it’s harder to observe the decline in usage of a given word. It’s much less dramatic. One example is personage, a word that has eight definitions in Merriam-Webster’s Unabridged Dictionary, four of which are labeled either archaic or obsolete.

The Latin word persona meant “actor’s mask” or “actor’s role,” and our word person, its first descendant in English, initially meant both “an individual human being” and “a character or part in a play,” the latter being the meaning of the French word personnage. In fact, both person and personage came from French, and the -age suffix used in words like dosage, postage, and orphanage can sometimes specifically mean “state” or “rank,” as in the high-status peerage or the low-status peonage. A personage was therefore “a person of high rank”—one of the ways the word is still used today (frequently with a modifier such as “historical personage,” “distinguished personage,” or “royal personage.”)

Personage can also mean “a dramatic, fictional, or historical character.” Its least-common meaning still in current use is a synonym of “person.” The rareness of this use of the word may be due to a common prejudice against longer words used when shorter words can do the job (people criticize utilize when used to mean use for the same reason).

The meanings of personage that have fallen from use over time are mostly abstract: “the form or appearance of a person,” “a person of specified bodily form,” “a representation of a human being,” and “one’s self, personality, or personal identity.”

You might think that persona was the oldest of these related words in English, since it entered the language directly from Latin. In fact, it’s the newest: it came to English centuries later than the others, in the 1700s, during a time when scholars in England introduced words from Greek and Latin (which is why the Latin plural form is commonly seen in dramatis personae). That original meaning, “actor’s mask,” never really caught on; it was the use of the term by psychologist Carl Jung in the early 1900s, referring to the outward attitude or projected character of a person, that did. (Jung’s psychology also popularized the words archetype and synchronicity.)

So it might be said that a personage is simply a person with an impressive persona.