On ‘Perpetrate’ and ‘Perpetuate’

It’s one thing to commit a crime; it’s another to keep doing it.

Perpetrate means "to carry out an act" and is usually associated with crime and the word perpetrator. Perpetuate on the other hand means "to keep something going" such as traditions and legacies. Although these words aren't often confused, one could perhaps "perpetuate" something, such as a lie or a crime, that has already been "perpetrated" by another. 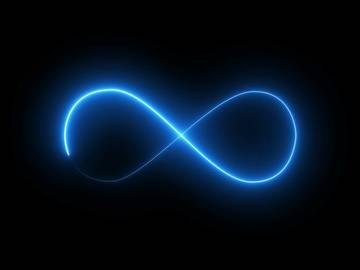 We could go on and on about it.

Perpetrate and perpetuate differ by one letter but mean two different things.

The Origin and Meaning of 'Perpetrate'

Perpetrate means to commit or carry out an act, usually a crime. In many instances, the verb is used to stress one’s direct role in the carrying out of that activity, as opposed to one who acts as an abettor or accomplice:

Police reviewed surveillance footage from the area which captured the robbery suspect and two others. One of them told police that Fennelly agreed to act as lookout while the other suspect perpetrated the robbery.
— Ethan Fry, The New Haven Register, 11 June 2019

De la Mata says Hong Chang contacted the FBI four days after arriving in New York via Newark, allegedly offering to hand over material stolen from the embassy. The statement says he admitted to having perpetrated the attack on the embassy with a group of other, unidentified individuals.
— Geoff Brumfiel and Lucia Benavides, NPR.org, 26 Mar. 2019

There is nothing inherently criminal about the etymology of perpetrate: it combines the Latin prefix per- (meaning “through) with patrare, a verb meaning “to accomplish” that is related to pater, the noun for “father.”

Older uses of the verb are more neutral, referring to any kind of action that is carried out, not necessarily a criminal one:

He had sent no word of his coming. He was still young enough to enjoy perpetrating a surprise on the folks at home.
— Kate and Virgil D. Boyles, The Hoosier Volunteer, 1914

The word’s more modern association with crime is encouraged by the shortened noun perp (for perpetrator), used especially in phrases such as perp walk.

The Origin and Meaning of 'Perpetuate'

In one particular use, perpetuate is used transitively, with the object being an idea (whether true or otherwise) allowed to take hold and spread among others:

Female celebrities have long felt the pressure to look a certain way at all times, in turn perpetuating unrealistic and often unattainable standards of beauty in mainstream culture.
— Philip Ellis, Men’s Health, 9 July 2019

We can’t help but think of the paradox that often comes with movies like, say, The Wolf of Wall Street: an effort to critique that, by virtue of needing to make the minute-by-minute experience narratively engaging within the parameters of the genre, ends up perpetuating the glorification of the thing being critiqued.
— Nicholas Quah, Vulture, 11 July 2019

The other key myth perpetuated by "The Art of the Deal" was that [Donald] Trump's intuitions about business were almost flawless. "The book helped fuel the notion that he couldn't fail," Barrett said. But, unbeknown to Schwartz and the public, by late 1987, when the book came out, Trump was heading toward what Barrett calls "simultaneous personal and professional self-destruction."
— Jane Mayer, The New Yorker, 25 July 2016

Perpetrate and perpetuate are not frequently confused for one another, but they do overlap in certain places, occasionally leading to uncertainly about whether one word might have been intended in place of the other.

Since you can perpetuate a myth, a lie, or other ideas that convey dishonesty, some writers might be inclined to use the verb with objects like hoax or fraud.

"Today I am dismissing my lawsuit against Whole Foods Market," Brown said. The statement didn't explicitly say Brown was personally responsible for having perpetuated a hoax, but it said, "The company did nothing wrong."
— Alex Johnson, NBCNews.com, 16 May 2016

Accomplices to their nefarious endeavors were those banks who aided these criminal enterprises in hiding and legitimizing their ill-gained profits, perpetuating a fraud that destabilized our local economy and led to an inflationary environment that took Miami many years to recover from.
— Bernie Navarro, The South Florida Sun Sentinel, 8 Mar. 2019

"If this is all supposed to be a big joke perpetuated on residents, I expect they probably violated the law to pull it off," said [Barbara] Petersen, president of the First Amendment Foundation. "I hate to be a Debbie Downer, but seriously, I don't think they thought this through."
— Mike Schneider and Josh Replogle, Associated Press, 26 Aug. 2018

As these examples show, the line between perpetrate and perpetuate can be hard to discern. One might be wise to use perpetuate for those deceptive acts that are already in progress and are being kept alive through an abetting action, as the Navarro quote above suggests (the banks helped others commit the fraud). In those instances where the deceptive act is originating with the agent, it might make more sense to use perpetrate.