1
: to bring about or carry out (something, such as a crime or deception) : commit
2
: to produce, perform, or execute (something likened to a crime)
perpetrate a pun
perpetration
ˌpər-pə-ˈtrā-shən

Susanne Barton, Fortune, 4 Dec. 2022 The disgraced founder of the bankrupt FTX crypto empire denied trying to perpetrate a fraud while admitting to many errors at the helm of the company in a new interview. —

Los Angeles Times, 2 Dec. 2022 Me Too has been about exposing the systemic horrors than men perpetrate. —

Vulture, 10 Oct. 2022 But never the less, Hollywood is doing its part to try to rid the industry of bad behavior and those who perpetrate it. —

Maureen Lee Lenker, EW.com, 29 July 2022 But if the jury hands down guilty verdicts to the Oath Keepers, the trial could serve as a warning to dissenters that those who perpetrate violent acts against the government will be held to account. —

Ella Lee, USA TODAY, 3 Oct. 2022 Jones’ claims were that the dead children and their families were actors hired to perpetrate the hoax. —

These example sentences are selected automatically from various online news sources to reflect current usage of the word 'perpetrate.' Views expressed in the examples do not represent the opinion of Merriam-Webster or its editors. Send us feedback.

Latin perpetratus, past participle of perpetrare, from per- through + patrare to accomplish, from pater father — more at father 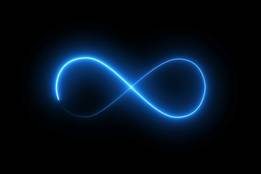 On ‘Perpetrate’ and ‘Perpetuate’

It’s one thing to commit a crime; it’s another to keep doing it.

perpetrated; perpetrating
: to be guilty of doing : commit
perpetration
ˌpər-pə-ˈtrā-shən

perpetrated; perpetrating
: to carry out or bring about (as a crime)
perpetration
ˌpər-pə-ˈtrā-shən

More from Merriam-Webster on perpetrate