'Ostracize': Making That One Person Go Away

When the world isn’t exactly your oyster.

In casual use, the word ostracize can mean “to exclude from a group by common consent.” It describes the act of shunning someone usually because that person has done something objectionable or unpopular. 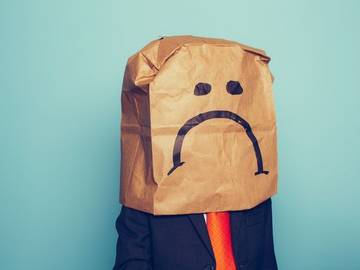 You know what you did, Steve.

He [Penny] ran U.S.A.G. like a Third World dictatorship,” Sey said. “The girls were just inventory. If you did anything you weren’t supposed to do or say, you would be ostracized, swept aside, and another girl was chosen. That’s what happened to Maggie, sadly.”
— Jennifer Sey, quoted in Vanity Fair, Summer 2018

Back in the late 1950s, the now-71-year-old Smit said he “jumped on the bandwagon” and joined other junior high students in ostracizing and belittling the sisters, the older of whom, Kathleen, was a classmate. Smit was not the instigator and none of the parties recall how the torment began, but all say it was severe and sustained, continuing on to Crete-Monee High School. “Somehow the whole school turned against us,” Lorraine recalled.
— Donna Vickroy, The Chicago Tribune, 20 May 2018

Humanity has a long history of punishing and ostracizing people that don’t fit neatly into the parameters of “the majority.” We abuse, demean, enslave and kill others simply for being different — or better, who they were simply created to be — and at some point, we must recognize the injustice of this pattern of behavior and put a stop to it.
— Cory Goode, The Springfield (Missouri) News-Leader, 26 May 2018

There was a time when ostracism—that is, the act of ostracizing—referred to something more official, a process that could lead to one’s actual exile from the state. In ancient Athens, prominent citizens whose power or influence threatened the stability of the state could be banished by a ritual vote. A citizen who wished to banish another would write that person’s named on a potsherd (a fragment of earthenware or pottery), and if enough citizens named the same person, that person would be required to leave the district of Attica (where Athens was located) and stay away for a period of ten years. Unlike forms of exile practiced in other lands, an ostracized person did not lose his property, and could be recalled before his sentence was up.

In Greek, the noun ostrakon referred to a potsherd or shell, and ostrakophoria was the word for the act of voting by such shells. The related verb ostrakizein (“to banish by voting with potsherds”) gives us ostracize. (Ostrakon, meaning "shell" or "potsherd," also gave us the word "oyster.")

While the practice of ostracism might sound like one big popularity contest, it had a function in the Greek idea of democracy, intended as a check on those potential leaders among the citizenry who were at risk of becoming tyrannical. (In the modern era, the process is reflected in the “Tribal Council” elimination ceremony on TV’s Survivor, where contestants often vote strategically to remove the opponents they regard as threatening.)

The ostracize we're more likely to encounter these days refers more to a social shunning than any kind of physical removal from a place. And while ostracize implies a severing of one person from a group, occasionally the word turns up in contexts where it is a single person doing the ostracizing, thereby meaning something closer to “to disown” or “to end a relationship with”:

More worrying than God was her mother. Hortense was fiercely opposed to the affair, on grounds of color rather than of age, and on hearing of it had promptly ostracized her daughter one morning on the doorstep.
— Zadie Smith, White Teeth, 2000

‘Then of course we’d love to come.’ March felt a surge of excitement. Life was very dull now that she ostracized Fred. It would be marvellous to go somewhere, and with Albie too.
— Susan Sallis, Bluebell Windows, 2012

This use of the word has the added bonus of allowing your pots to stay unscathed.