The Whimsical Delight of the Clerihew

The most infectious kind of poem you've never heard of

What is a clerihew? For aficionados of light verse and certain types of undervalued poetry this is not a question that needs answering. For the rest of the population, however, the word may want some explanation. 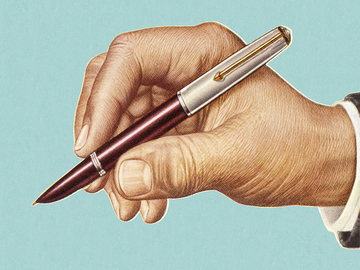 'The Sphere' tells us that a 'clerihew' is an epigram of hartogs. What's a 'hartog,' you ask? Well, 'one's oldest and most comfortable clothes,' of course!

One way of explaining what a clerihew is would be to quote from what is our earliest known use of the word, which occurs in an anonymously written article in the British weekly The Sphere, written in 1914: “A clerihew is an epigram in hartogs.” The author, it should be noted, does go on later to explain that hartogs are “one’s oldest and most comfortable clothes,” which, when combined with the earlier information, manages to provide us with an appropriately poetic definition, albeit one lacking strict fidelity to lexicographic tenets.

Clerihews are four line poems, with an aabb rhyming scheme, and in which the first line will generally end with the name of the subject of the poem. This form of verse takes its name from the middle name of its creator, the British writer Edmund Clerihew Bentley (1875-1956). A collection of his poems, Biography for Beginners, was published in 1905, but under the name of E. Clerihew. This is why we don’t call them Bentleys.

Bentley’s first clerihew was said to have been written when he was sixteen, as he sat in science class:

Sir Humphrey Davy
Abominated gravy.
He lived in the odium
Of having discovered Sodium.

A good deal of the charm of the clerihew lies in its intentional messiness; the lines tend to be irregular in meter, giving the impression that the poem has been composed by a schoolchild who has no aspirations to poetic greatness. An example of this irregularity can be found in the clerihews of Clifton Fadiman, the noted American essayist.

Henry James
(Whatever his other claims)
Is not always too deuced
Lucid.
Clifton Fadiman, Any Number Can Play, 1957

Bentley was also the author of a highly-lauded detective novel, Trent’s Last Case (published in the US as The Woman in Black), and enjoyed a long and successful career as a journalist. But it is likely that he will be most remembered for his contribution of a new poetic form, however minor a form it might be. A fine assembly of his clerihews may be found in Willard Espy’s Best of an Almanac of Words of Play:

Geoffrey Chaucer
Took a bath (in a saucer)
In consequence of certain hints
Dropped by the Black Prince.

The digestion of Milton
Was unequal to Stilton.
He was only feeling so-so
When he wrote Il Penseroso.

The people of Spain think Cervantes
Equal to half-a-dozen Dantes:
An opinion resented most bitterly
By the people of Italy.