'Frosh', 'cute', and 7 other words created at school 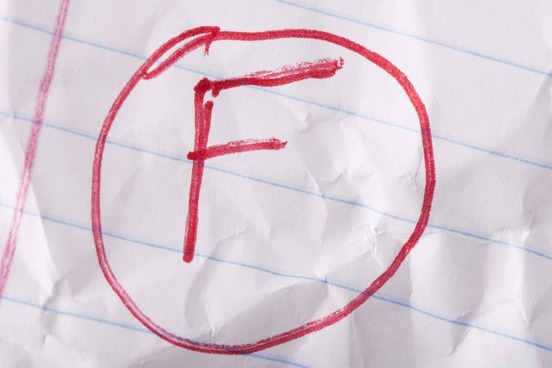 We hope you haven't had too much experience with flunk, which first appeared as U.S. college slang in the early 19th century with the nonacademic meaning of "to give up" or "to back down." The editors of the Yale College magazine The Crayon used it that way in a plea for subscribers.

To joke in earnest, … we must have at least as many subscribers as there are students in college or flunk out.
— The Crayon (Yale College), 1823.

Some etymologists believe the word is a blend of flinch and funk, which both refer to an act of withdrawing or shrinking from. The case for funk is bolstered by its use at Oxford University in the 18th century to refer to a state of panic or fear, potentially developed from obsolete Dutch fonck, meaning "perturbation, turmoil, agitation."

Considering one's emotional state after failing an exam or course, funk is a fitting derivative.

What is definitely known about flunk is that it has been enrolled in the language since at least the 1840s, and students have been in a funk over flunking out since the early 20th century. 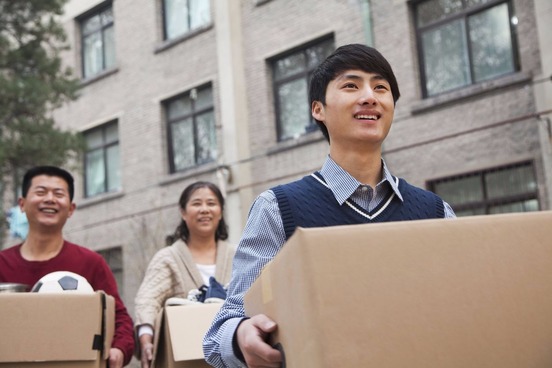 Although frosh refers to a first-year student and has a resemblance to fresh, freshman is not believed to be the source of the word. More likely, frosh is from the dialectic German word for a frog, Frosch.  Harvard student Benjamin H. Hall notes the collegiate use of the German word in A Collection of College Words and Customs:

In Germany, a student in the gymnasium, and before entering the university, is called a Frosch,—a frog.

Though Hall's work was published in 1851, it isn't until the early 20th century that use of Anglicized frosh appears in print. Perhaps the reason for the gap in usage is that there was no void to fill. Students already had a slang term for freshman, the diminutive freshie. Inevitably, freshie grew stale, and frosh was discovered as a hip-sounding alternative. 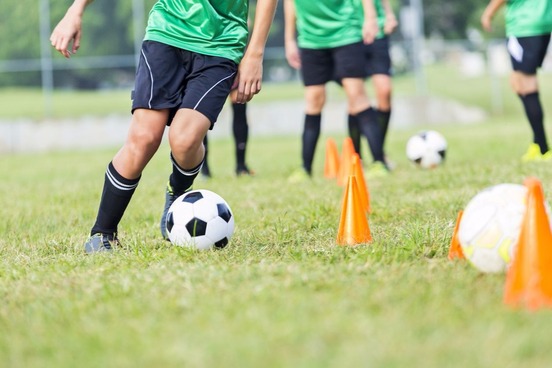 Although there is a general understanding that what is called soccer in the United States is usually referred to as football in Britain (and American football refers to the gridiron), you may be surprised to hear that the name soccer is actually British slang.

The addition of -er to the shortened form of a word was a popular method of coining slang terms at Oxford University during the late 1800s, a practice which later became more general in Britain. For example, the slang form of lecture is leccer and of rugby, rugger.

Soccer was originally called association football—and still is when referring to the official game. When it came around to creating a slang version of association football, students shortened association to soc and added the suffix -er.  (Using the first three letters of association apparently didn't appeal to the students.)  Earlier versions of soccer are the similarly slangy socca and socker, as well as footer, cut from (association) football. 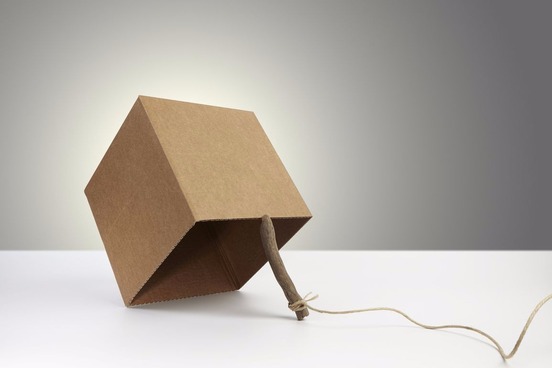 The history of booby trap begins in the 19th century when booby, referring to a slow-witted person, gained specific use in schoolyard name-calling for the dunce of the class. The name booby goes back to the late 1500s and possibly derives from Spanish bobo, meaning "a fool," which, in turn, may come from Latin balbus, "stammering." Booby is also the name for a species of seabird that, by one 17th-century seafaring account, was so easily caught by sailors that it was "fitly called a Booby." But we digress—however, only slightly.

At school, the gullible booby was also often caught unawares in traps set by his classmates. Francis Smedley, in his 1850 book Frank Fairlegh, describes a common "booby trap":

… the construction of what he called a "booby-trap," which ingenious piece of mechanism was arranged in the following manner: The victim's room-door was placed ajar, and upon the top thereof a Greek Lexicon, or any other equally ponderous volume, was carefully balanced, and upon this was set in its turn a jug of water. If all these were properly adjusted, the catastrophe above described was certain to ensue when the door was opened.

In World War I, the name for the schoolboy prank became associated with deadly devices consisting of harmless-looking objects concealing an explosive device set to go off when touched.

It is in the early 20th century that another booby enters the English language. It is unrelated and is thought to be an alteration of the now obsolete term bubby, which we'll let satirist Jonathan Swift illustrate.

In some subjects, the smallest alterations will do: some men are sufficiently spread about the hips, ... that they want only the negative quantity to make them buxom wenches; and there are women who are, as it were, already the ebauche of a good sturdy man. If nature cou'd be puzzl'd, it will be how to bestow the redundant matter of the exuberant bubbies that now appear about town, or how to roll out the short dapper fellows into well-siz'd women.
— Jonathan Swift, The Bickerstaff-Partridge Papers, 1708 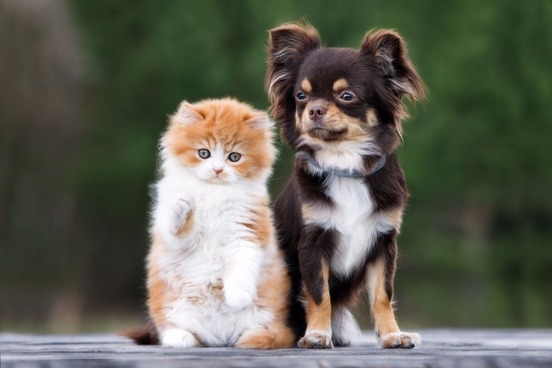 The adjective cute is an 18th-century clipped form of acute and was used in various senses of that word referring to sharpness, keenness, and cleverness. So in the 1700s, a "cute remark" was one that was quick-witted and a "cute person" possessed keen discernment.

About a century later, cute underwent a peculiar shift in meaning. American students, in particular, began using it as an adjective for things having physical attractiveness. (A similar semantic shift occurred in the adjectives cunning and smart.) Specifically, cute came to describe people or things having an appealing youthful, dainty, fine, or delicate quality—such as "a cute baby," "a cute bracelet," or "a cute cottage."

Nowadays, this sense of cute is usually G-rated since it is often used in relation to young or youthful-looking people, pets, outfits, etc. It can also be found in sarcastic expressions implying impertinence ("Don't get cute with me!") or describing things that seem contrived or overdone ("The director got too cute with the special effects"). 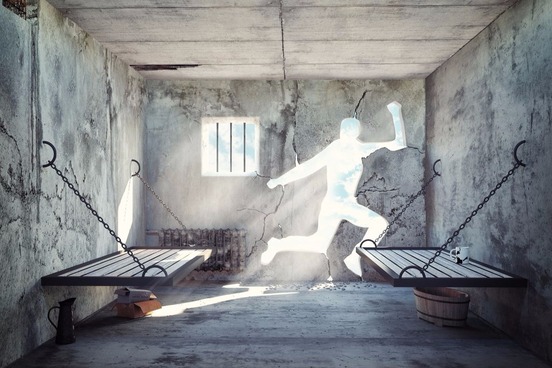 The expression "to play hooky (or hookey)," meaning "to skip school," has been around since the 19th century. John Bartlett in his 1848 Dictionary of Americanisms notes that the term was "used among schoolboys, chiefly in the State of New York." In short time, the expression spread to other areas of the U.S.

Advertisement.—Mr. Starling respectfully causions his patterns and the public that he is a going to teach a school in this town in the branches of larning, and the scholars will find their own books as will be well used except them that plays hookey will be licked with a strap—8 cuts for a big boy, and 5 cuts for a little one.
—The Springville Express (Springville, NY), 24 May 1845

One theory about hooky's origin is that it comes from Dutch hoekje spelen, a name for the children's game hide-and-seek. It could have also been influenced by a slang use of the verb hook, meaning "to run away" or "to clear out." This verb was usually used with it, as in "They saw the cops and hooked it down the street." Either way, a connection is made to the evasion entailed in cutting class. 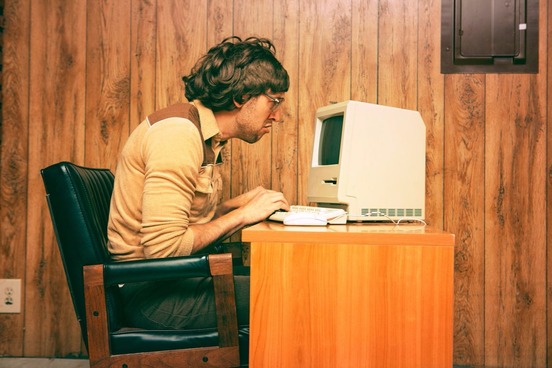 Dweeb was first heard on university campuses in the U.S. during the 1960s, referring to an overly diligent student who is socially inept. The name is based on an earlier slang term for a feeble- or weak-minded person, feeb; the beginning of the word may have been influenced by dwarf.

Another word that is used to describe brainy, awkward students shunned by the in-crowd is nerd. The words are often regarded as synonyms, but as nerd has gone mainstream, dweeb has come to denote a person that is not just nerdy but obnoxious to the point of contempt. Here are a couple of examples of both words that illustrate that being a nerd is way better than being a dweeb.

I don't know if I was a nerd in high school, but I wasn't the supercute cheerleader.
— Gwen Stefani, quoted in People, 17 Aug. 2015

Few men can get away with wearing a vest with a giant sunburst on it, but Dr. Tyson is one, a big man with a big personality…. He's happy to be thought of as a nerd with street cred.
— Dennis Overbye, The New York Times, 4 Mar. 2014

A related, but far more intolerable, problem is that of the office dweeb who always seems to come up first with a memorandum proposing the same idea you've been working on.
— G. Gordon Liddy, Forbes, 30 Sept. 1991

When dweeb is used, it is usually in a context implying annoyance or irritation, whereas nerd is used simply to point out that the person enjoys intellectual or niche interests. A University of Tennessee student theme from 1988 states:

When one sees a nerd he has a tendency to feel sorry for him, but one always avoids a dweeb at any cost.

That statement encapsulates the social regard for the nerd and the dweeb. The awkward nerd draws sympathy; the annoying dweeb raises feelings of aversion. 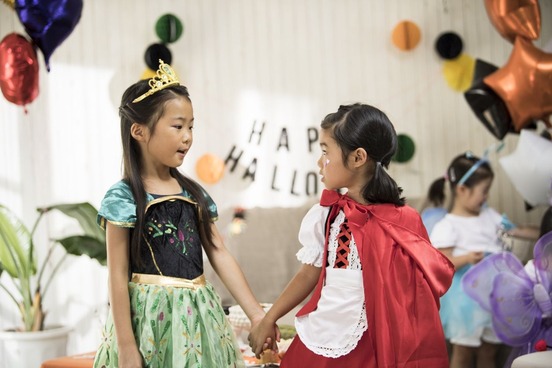 Robin: Gosh, you're right. I can't help thinking of only myself. I'm sorry. Batman: Well, that's okay, chum. We all have the right to be selfish sometimes.

Chum is a dated word with an old-fashioned ring to it, so it's possible that post-baby boomers may only encounter it in reruns of the Dynamic Duo's (quoted above) 1960s television show, or perhaps hearing Liza Minnelli sing "Life is a cabaret ol' chum" in the 1972 classic Cabaret. The word, meaning "a close friend or pal," is definitely not a term millennials and Gen Xers are texting very often.

Chum appeared on British campuses in the late-17th century as a word for a roommate. The best guess as to its source is either chamber fellow or chambermate. However, no historical proof—such as a shortening of chamber to cham—has surfaced connecting the words. Nevertheless, people cozied up with chum and began referring to their constant companions and close friends by the name.

... history tells us that from very early on, locals would put new chums through the hoops to ensure they understood how to behave in Australia.
— Babette Smith, Weekend Australian, 5 Feb. 2011 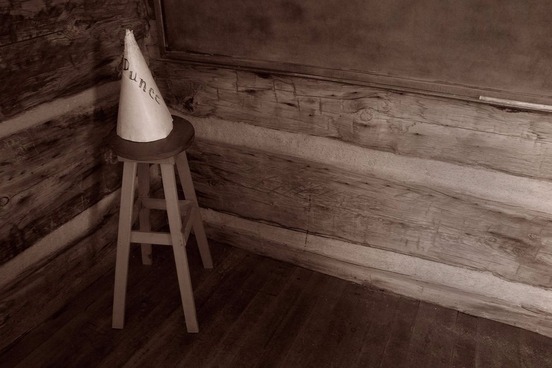 Early evidence of doofus from the 1960s suggests that it originated in the schools of New York. The word refers to an incompetent or foolish person—a.k.a., a goof—and may have been influenced by the earlier goofus, a word that is still used as a substitute for the more familiar doofus:

Botch a mea culpa badly enough and it's likely to bounce around the internet—with, perhaps, a meme— until some other poor goofus bails you out by saying something even dumber.
— John Crudele, The New York Post, 13 Apr. 2017

Another possible derivative is the Scottish word doof, a variant of dowf, which refers to a dull or foolish person. That word appears in the early 18th century, but given that doofus comes about in the mid-20th century and that there is a lack of evidence of early 20th-century American writers using the Scottish word, the influence of doof on the formation of doofus is questionable. It's fun to say, nonetheless. 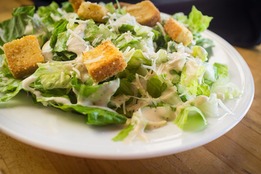