7 Phrases from the World of Dance

Words from the sprightly world of dance
Last Updated: 13 Apr 2022

It takes two to tango 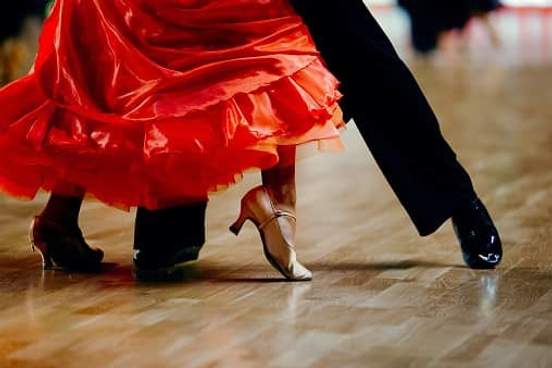 Many dances are styled for two partners, so why does the tango get singled out in this phrase?

One can point to the 1952 song "Takes Two to Tango," composed by Al Hoffman and Dick Manning and performed by Pearl Bailey (and Louis Armstrong, among others), with lyrics stressing that, in contrast to catching a fish or digging a ditch, it takes two people to "do the dance of love."

The alliteration of tango with takes and two gives the phrase a bit of clever rhetorical power when talking about a give-and-take between two equal forces. The artifice and posturing of the participants in a tango have led the word tango to be used figuratively to refer to an interaction marked by a lack of straightforwardness:

His tango with the Illinois Tollway happened because of a license plate error. His pay-by-plate account had the right numbers, but the wrong state--Illinois instead of Kansas. His wife filed an appeal, thinking forgiveness for the mistake would be an easy get. Instead, Buffano said, “They said, ‘Well, we can’t correct anything, but you can go to the Circuit Court and fight it if you’d like.’”
— Lauren Victory, CBS Chicago, 25 Jan. 2021 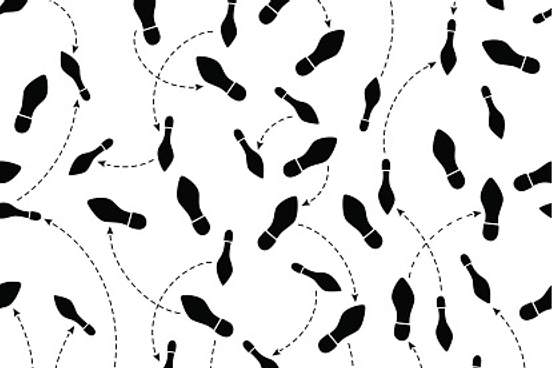 The phrase put one's best foot forward means "to make a strong early impression," though one might use it to mean "to make a strong effort to achieve something difficult." The phrase might suggest the proper order for marching, but early uses of the phrase, which dates to the 16th century, can be found in the context of dance.

When my name got called on the second day, it didn't matter anymore. My childhood dream came true. I tell prospects just let the chips fall where they may. If you did everything you can to put your best foot forward and show those teams you belong in the NFL, let the process take its course. You don't get this experience back.
— Devon Still, quoted on CBSSports.com, 25 Apr. 2021

The phrase has been criticized by grammarians for utilizing the superlative form best when the comparative form (better) is typically preferred when speaking of two things (and we have only two feet, after all). But best is how the idiom is established. 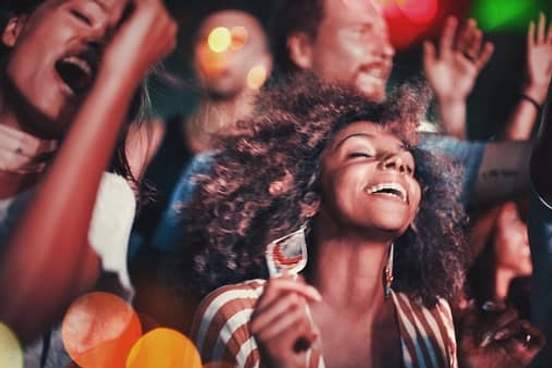 The word footloose isn't necessarily tied to dancing. It means simply "having no ties, free to move about." The association with dancing, of course, comes from the 1984 movie of that title starring Kevin Bacon.

So what's the deal with fancy-free? To have a "fancy" at one time meant to be in love, so to be fancy-free meant to be romantically unattached, and therefore free to see, meet, or dance with anyone you wished.

You might have missed this feeling too? The unbridledness of a proper party, of old friends or new people and light-up dance floors or dingy kitchen discos with a phone in a pint glass. I forgot how good it feels to be footloose and fancy-free, drinking doubles and giving good face. In my weakest moments, I even miss bumping into people I don’t like and making awkward small talk while trying to poltergeist them away.
— Raven Smith, Vogue, 7 Apr 2021 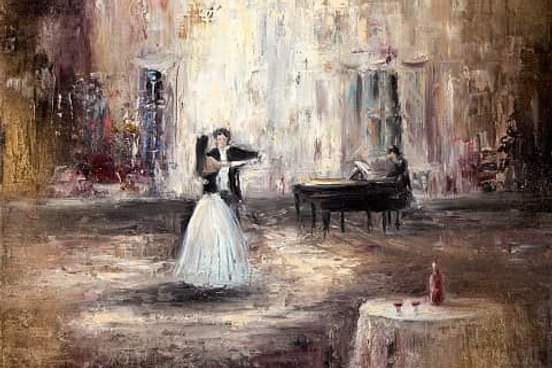 A waltz is a ballroom dance done in ³/₄ time in which a couple moves around a ballroom in series of three steps. It is believed to have originated in Germany and derives from an Old High German verb, walzan, meaning "to roll," perhaps alluding to the turning motion of the dance.

The fluid motion of the dance has led to its branching out as a verb with a number of figurative uses, from "to move or advance in an easy or lively manner" to "to approach with boldness":

Whatever happened, Aaron never stepped into the batter’s box at Bosse Field. Instead, he went on to play 23 major league seasons between the Braves and Brewers. He finished his career with what was then the all-time home run record and waltzed into the Hall of Fame on the first ballot.
— Jon Webb, The Evansville Courier & Press, 22 Jan. 2021

He recalls a weekend in the Hamptons in 2019 when one of his followers, seeing a pool-floatie picture he had just posted on Instagram, DM’d with an offer to get him into the Surf Lodge in Montauk that night. When he arrived, he waltzed up to the guy and introduced himself as, simply, “Lit”; before long, they were sipping from magnums of rosé.
— Jen Wieczner, _Intelligencer_ (New York Magazine), 11 May 2021 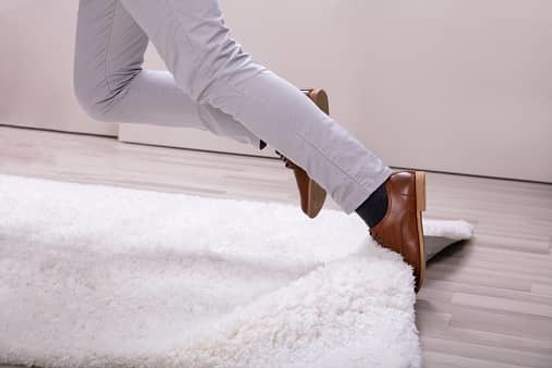 To have two left feet means to be a clumsy or poor dancer.

An article in the program for a Saugus Lions Club show was titled, “Kathy Zanor: A regular Lions Tamer.” The first paragraph read, “If there was ever a magician who could really do the impossible it is Kathy Zanor. For the past five years Kathy has been taking members of the Lions, many of them with two left feet, and transforming them into the graceful people you will see on stage.”

More broadly, the phrase can describe one who is generally clumsy or awkward, as can the less-commonly-encountered to have two left hands.

The left side of the body has long been (unfairly) associated with awkwardness in English. The adjective gauche (the French word for "left"), for example, describes one lacking in social grace. In contrast, adjectives such as dexterous and adroit, both of which derive from words for "right," describe those who are well-coordinated. 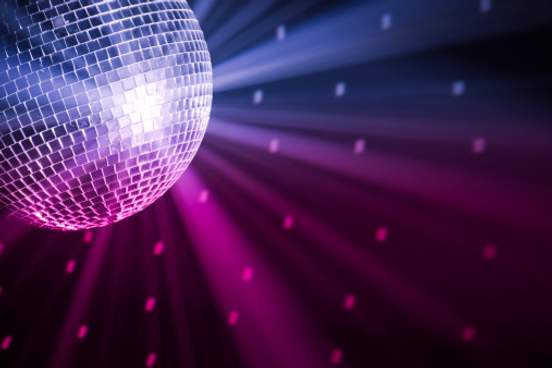 Does trip (or skip, or twirl) the light fantastic make you think of raves or light-up disco floors? That would certainly be news to John Milton, who introduced the phrase in his poem "L'Allegro," published in 1632.

Come, and trip it as ye go

On the light fantastic toe,

And in thy right hand lead with thee,

Milton used light and fantastic as adjectives modifying toe. But sometime in the 19th century, the line got condensed and toe got dropped, leaving fantastic to sound like a noun being modified by light (or, alternately, a postpositive adjective with light as a noun).

She also pursued her passion for athletics as a Paralympian, earning numerous awards and medals in swimming. She has gone skydiving. She learned ballroom dancing and even went on to help other wheelchair users who wanted to skip the light fantastic.
— Gina Joseph, The Macomb Daily, 4 June 2021. 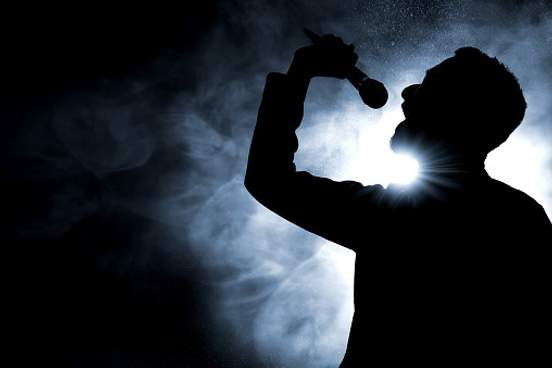 Originally, a song and dance was a performance that literally combined a song and a dance, as part of a vaudeville show that might have included other acts, such as jugglers, acrobats, magicians, or comic actors.

Perhaps the repetitive nature of touring vaudeville shows, with the same acts rehearsed and performed night after night, led song and dance to develop a figurative meaning of something long and often unnecessarily drawn out—like a process or explanation—but that is overly familiar and that an audience must through before the person "performing" it gets to the predictable ending.

When you travel internationally, there’s a whole song and dance of answering questions and declaring items you have to go through before re-entering the U.S. When Customs asks you if you have any food to declare, declare every food item you have—just in case.
— Patrick Allan, Lifehacker, 11 May 2018

On a recent visit to a steakhouse in Omaha, Neb., Caroline Zaayer Kaufman went through a song and dance that may be familiar to anyone who always orders their steak well-done. The server, incredulous, asked if she was sure. (She was.) “So that means it’ll be cooked all the way through.” (Yes.) “No pink in the middle?” (Correct.)
— Hilary Potkewitz, The Wall Street Journal, 1 Apr. 2017

The phrase has a parallel in the noun rigmarole, which derives from a game (called Ragman roll) played during the Middle Ages in which a player randomly selected a string attached to a roll of verses and read the selected verse. Even as the game fell by the wayside, rigmarole came to refer to a succession of nonsense statements or a complex and ritualistic procedure ("had to go through the rigmarole of updating all of his passwords").