There's one type of slang that seems to be the exact opposite of what you'd expect to see in your dictionary, and that is slang that is associated with the Internet. But we regret to inform you that Internet slang is fair game for the dictionary. OMG WTF? 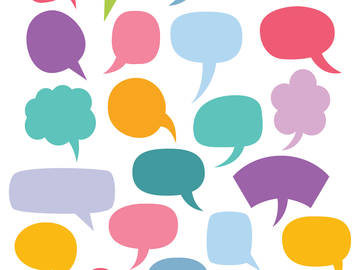 The Internet hasn't necessarily changed the speed at which the language is growing. But it has given the people who make dictionaries a new and revolutionary way to track language growth.

It's not the end of English as we know it; it's just a change in locale

Don’t panic. You moved online, so the dictionary's moved online as well. Since the dictionary follows the language, that means that we also follow how the language is delivered. Historically, we collected evidence of a word's use from edited and printed prose. But in the last decade, more of our prose has moved off paper and into bytes, and now we all get more of our news from the Internet than we do from newspapers. Lexicographers still read print, but we also read a variety of Internet sources: online journals, news sites, well-known blogs.

The first shift is that we have access to all sorts of language that we didn't have easy access to before. Blogs on hockey analytics? We read those now. Online satire sites? We read them, too. That LiveJournal you started in high school? Yes, and your poetry isn't that bad! The second shift is a natural extension of the first: thanks to that new access, we can track new words and their histories more easily.

Increased access to communication Take OMG. The initialism gained traction as we moved towards communicating online. It had its first major breakthrough in the 1990s on Usenet, which was essentially Reddit before there was Reddit, and its use only grew from there. But it stayed mostly online—only occasionally would it show up in print, and then usually only in glossaries of Internet slang.

Lexicographers, however, use the Internet just like everyone else, and we began taking note of this initialism in the late 1990s. It's a great initialism—but it showed up mostly in informal communications, like your LiveJournal comments. When you have an entire language to keep track of, you have to make some choices, and we kept waiting to enter OMG until we had some evidence of it in edited use. Slowly, slowly, OMG showed up in more mainstream publications (print and electronic):

In order to do that, you've gotta banish him from your social world. That includes defriending him on Facebook, unfollowing him on Twitter, and asking your buds to stop giving you updates like, "OMG, I saw Bobby today. He looked like total crap ... He's clearly so not over you."
—Annie Daly, Cosmopolitan, March 2012

We entered OMG into our Online Dictionary in 2009, at which point we had 15 years of accumulated evidence of its use in publicly read Internet forums, online publications, offline publications, and even some movie scripts. But it's not as though we've stopped tracking use of OMG now that it's entered in the dictionary. New—and older—uses keep coming to light: a few years ago, it was discovered that the earliest recorded use of OMG actually dates back to 1917, where it was used by a British Admiral in a letter to Winston Churchill. OMFG.

Dox is newer slang that we recently entered into our Unabridged Dictionary, and it's a great example of how quickly some Internet slang becomes established in our lexicon. It's a verb that means "to publicly identify or publish private information about (someone) especially as a form of punishment or revenge," and it was first used in online forums around 2009. It comes from the phrase drop dox, as in "They will drop dox on him unless he stops posting," with dox short for documents. Unless you frequented the sorts of forums where doxxing was discussed, you likely hadn't heard the word until the last couple of years, when doxxing went mainstream:

This isn't the first time the LAPD has been doxxed. In 2011, a group affiliated with the online hackers Anonymous claimed responsibility for posting personal information of more than 40 officers, including their home addresses, campaign contributions, property records, and names of family members after they claimed the LAPD oppressed them by shutting down the Occupy L.A. Movement.
Christine Pelisek, The Daily Beast, 13 Mar. 2013

The word is so new that we're still settling on a spelling: we have evidence of both the double-x variants (doxxed, doxxing) and the single-x variants (doxed, doxing) in our files. Why did it take OMG 15 years to make it into the dictionary, and dox only a half-dozen years? Some of it has to do with OMG: initialisms in general tend not to show up in serious writing, and so they have a harder row to hoe in getting entered into the dictionary. But some of it has to do with the Internet itself: doxxing was a new phenomenon that was made possible with the advent of the Internet, and since nearly everyone uses the Internet (which means that doxxing touches everyone), it ended up being talked about quite a bit on both the Internet and in print. And that's the key: it still comes down to usage for lexicographers. It doesn't matter if the news article about doxxing is in your local paper, a print magazine, or an edited online news site: usage is usage.

The Internet hasn't necessarily changed the speed at which the language is growing. No one can realistically chart how fast the language is growing, because as we said at the very beginning, new words get spoken for a while before they are written down, and no one can keep track of when a new word is spoken for the first time. But it has given lexicographers a new and revolutionary way to track language growth, which is, OMG, pretty amazing.

Check your writing, wherever you write online. Try Grammarly.