The Weird Logic of 'Near Miss'

It's not the catastrophe it could have been.

Near is an adjective used to modify something that comes close to happening but does not (a near collision, a near win). When a devastating event comes close to happening but does not, we might say it was a near miss. For some people, the logic of near miss suggests that it was the miss that was avoided, and so it must be a hit. But the near in near miss suggests something in proximity rather than something narrowly avoided. It comes from military language and was originally used to describe a bomb strike that missed its intended target, but still came close enough to cause damage. The term was widely used in reporting during World War II and was adopted into general use, eventually being used to describe something that missed despite coming very close.

Near miss is the term for when something usually devastating (such as a collision between aircraft) almost happens but does not.

This often prompts critics to ask a fair question: why isn’t it called a near hit? 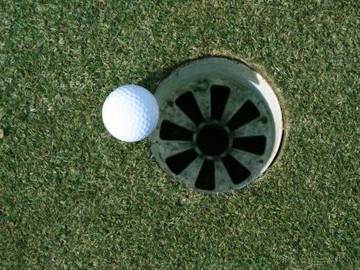 "Are you too good for your home?"

Usage of 'Near' with Other Words

Typically, near is used as an adjectival combining form modifying something that comes close to happening but does not. (This is covered in the dictionary at sense 1b of the 3rd homograph: “almost happening : narrowly missed or avoided.”

Its use often logically modifies events that only come close to taking place. A near-collision is when two things come close to hitting each other but just squeak by. A near-comeback is when you are losing, then almost score enough to win in the end, but fall just short. The collision did not actually happen; nor did the comeback.

A near-accident on Main Street the morning of Sept. 18 prompted a call to police. An officer did a well-being check on the driver of a vehicle that reportedly almost struck another vehicle after the second vehicle’s driver reported the incident.
— Mount Desert Islander (Bar Harbor, Me.), 27 Sept. 2019

Even with just 60 satellites — Musk says all 12,000 will be up by the end of next year — they have already led to a near-collision, Ihnatko said.

"They almost collided with a ESA scientific satellite that is an Earth observation satellite," he said.
— Hannah Uebele, WGBH.org, 6 Sept. 2019

In the coming election cycle, eyes will be locked on Georgia. Since Stacey Abrams’ near victory in the governor’s race and Rep. Lucy McBath’s triumphant campaign for Congress in 2018, Georgia is now considered a competitive state for Democrats.
— Sophie Hayssen, Refinery29.com, 3 Apr. 2020

In near miss, that logic is turned on its ear, because a near miss is in fact a miss, assuming that something that does indeed make contact is a hit.

Part of the reason for this curious use is its history. In military language, a bomb strike that missed its intended target (usually a naval vessel) but still landed close enough to that target to cause damage was termed a near miss.

That application at least had a modicum of sense behind it, because there's a notion of proximity applied to near; like a throw in horseshoes, it wasn’t a direct hit but was near enough to count for something. But since hitting your target is a very important thing, for the purposes of naval record-keeping such strikes are reported as misses.

Then this salvo crashed. The first one hit the water just near the starboard bow, the other was a near miss amidships. Again we experienced the familiar feeling of the ship being lifted and dropped.
— Capt. William Henry Dawson, Life, 9 Sept. 1940

She was damaged on 26 July, 1943, while on patrol off the harbor of Palermo, Sicily. A close near-miss bomb detonated well below the water surface abreast the port side amidships and caused the damage shown in the photo.
— Journal of the American Society of Naval Engineers, Vol. 58, 1946

But even then the term raised eyebrows:

I suppose I do.

But what they said was near-misses. Doesn't near-beer mean something which is nearly beer, but not quite?

So a near-miss ought to mean something which is nearly a miss? In other words, a hit?

In war usage, a near miss was something that still very much had a destructive consequence. But as the term found increased use in general parlance, that distinction gradually vanished, and the term came to be applied to something that missed despite coming very close.

Other Uses of 'Near'

Some usage experts have defended this later use of near miss on the grounds that it agrees with another adjectival use of near in the dictionary, that being defined as "nearly not happening," as in "a near escape."

Some have also speculated that the resemblance of near miss to near thing, a British idiom that itself means “a close call,” might have helped along English speakers’ comfort with using the former term with the latter meaning.

"You were nearly dead," said my interlocutor. "It was a very near thing, indeed. But I've put some stuff into you now. Notice your arm's sore? Injections. You've been insensible for nearly thirty hours."
— H. G. Wells, The Island of Doctor Moreau, 1896

Near miss is almost never used to mean something that is nearly a miss, and any attempt to force that meaning upon the word is not likely to go anywhere. That ship has passed us by.