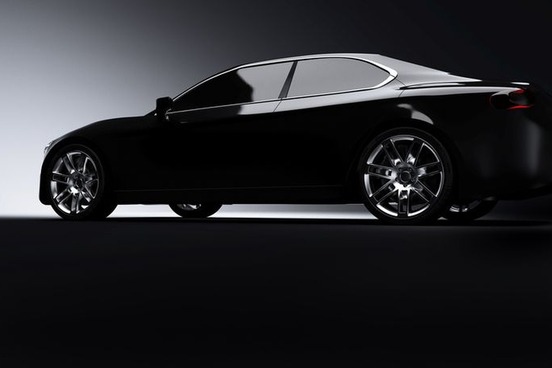 The motor vehicle referred to as a sedan is so called because it has a front and rear seat. It borrows its name from a much different vehicle of a much different era: the sedan chair, a portable chair that is designed to carry one person and that is carried on poles by two people.

The origin of sedan is not known, but sedan chairs were used in London, Edinburgh, and other British cities in the 17th and 18th centuries. Although commonly associated with the wealthy, they could also be hired out for a fare, like taxis. 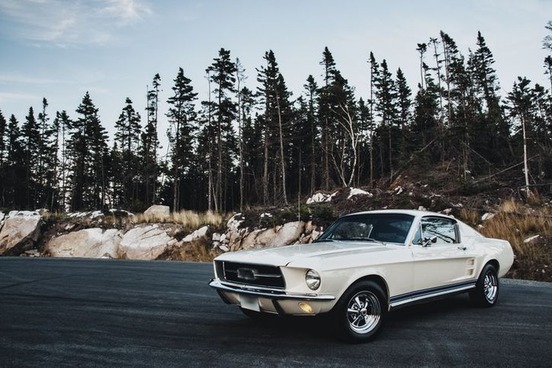 Coupe can also be spelled coupé (and pronounced “koo-PAY”). Distinct from the two-door sedan, a coupe only has one row of seats, though in some marketing the term applies to a car with a tight-spaced rear seat.

Coupé is the part participle of the French verb couper, meaning “to cut or strike.” The original coupé—a closed horse-drawn carriage—was also designed for two people, but there is no relationship between coupé and couple. 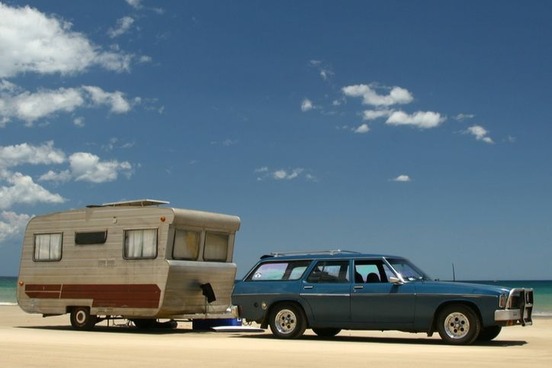 In Great Britain, what we call a station wagon is known as an estate car or estate wagon. In the 19th-century, the term station wagon applied to a type of horse-drawn carriage used for transporting passengers to or from a train station.

This terminology carried over to refer to the car with an open storage area behind the rear seat (now sometimes fondly called the wayback). The design of the car made it suitable for traveling long distances, since the wayback could be used to store the luggage. Early designs of the station wagon featured a body made of wood (recall the lyrics of the song “Surf City” by Jan and Dean: “I’ve got a ’30 Ford wagon and I call it a woody”), and that design was echoed in the faux paneling typical of station wagons of the Clark Griswold variety. 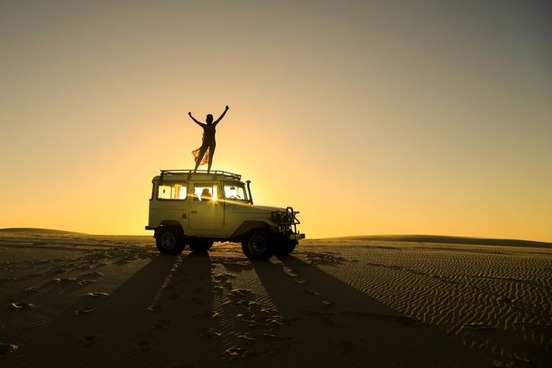 The vehicle generically known as a jeep was a ubiquitous sight during World War II, when such utility vehicles were provided to the U.S. Army and Allied forces by Willys-Overland Motors.

Many etymologists believe that the name jeep was influenced by Eugene the Jeep, a character introduced into the comic strip Thimble Theatre (later Popeye) by Elzie Segar in 1936. Eugene was an animalistic creature who only communicated with the word “jeep” and had the ability to disappear and reappear and pass through walls and floors. The character's penchant for transcending spaces likely contributed to the application of his name to this flexible vehicle. 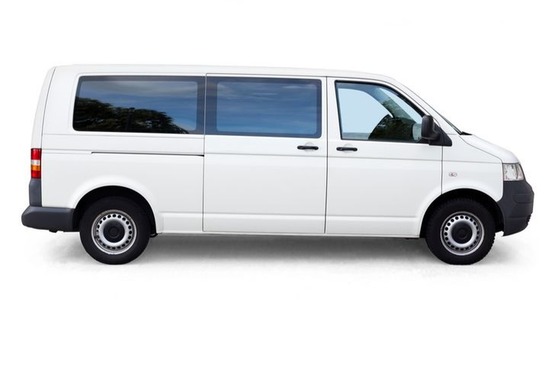 Van is short for caravan, a word which originally referred to a company of travelers on a journey through desert or hostile regions, but can also refer to a covered wagon or motor vehicle equipped as traveling living quarters. In British English, caravan refers to a camping trailer.

The defining feature of a van is generally its boxlike shape with a rear door and often a sliding door on the side. They can be utilized for cargo or passengers. The term applies to a motortruck in such compounds as moving van.

The term minivan is based on the fact that such a vehicle is slightly smaller than a van. Minivans became popular in the 1980s as a family vehicle that was an alternative to a station wagon. 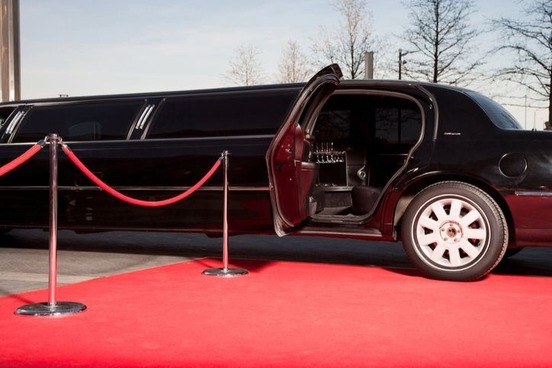 The long black car we pile into on prom night is given its name from Limousin, a region in France. In French, limousine refers to a cloak.

By definition, a limousine is operated by a chauffeur in a compartment that is kept separate from the passengers (such as by a glass partition). The allusion to cloaks might describe how the driver was concealed.

The term stretch limousine specifies one with an extended chassis, designed to accommodate a greater number of passengers. 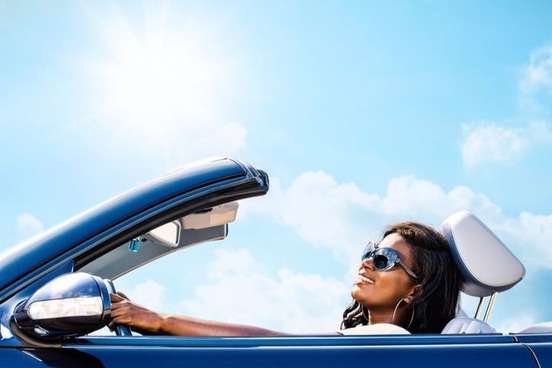 A cabriolet originally referred to a two-wheeled, one-horse carriage with a leather hood that folded down. Such carriages were rented out for hire, so, fittingly, cabriolet gives us the –cab half of taxicab.

The retractable roof of a convertible resembles the folded hood of this carriage, so cabriolet came to be used for a car with a convertible top—usually of the two-seater variety.

Cabriolet derives from French and is so called from its light, bounding motion—it’s also related to the word caper, as well as cabriole, a type of ballet leap. 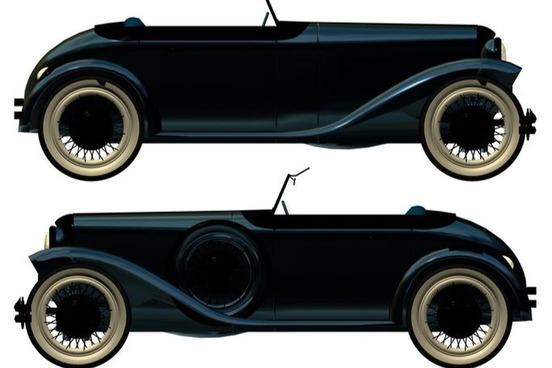 You’ve probably noticed that a lot of names for cars originate as terms for horse-drawn carriages. That is true for sedan and station wagon and cabriolet. In roadster, we have a word that once referred to the horse itself. A roadster was a horse suitable for riding on roads, or a saddle horse for riding or driving.

The car called a roadster usually seats two people (technically making it a coupe) and had a top that folds down (like a cabriolet). Some models, particularly older ones, might include a rumble seat. 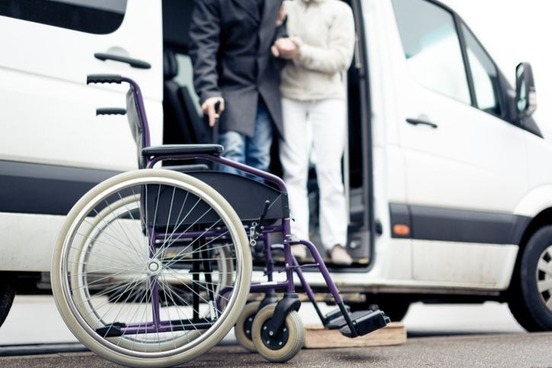 You likely know what an ambulance is: a vehicle that transports ill and injured people to and from the hospital. And while you might not be as familiar with the word, you have likely seen an ambulette: that’s the van that is used to transport wheelchair-bound passengers or others of limited mobility.

The word attaches the familiar suffix –ette (as found in words like luncheonette) to ambulance, which itself derives from the French term hôpital ambulant (“ambulant field hospital”) and ultimate from ambulare, the Latin verb meaning “to walk.”