The Clinical History of 'Moron,' 'Idiot,' and 'Imbecile'

The words have a less-than-savory past

Many of us have occasion to express displeasure with the actions or behavior of another, and in order to do so sometimes choose to impugn that person's level of intelligence with a choice insulting word or two. (Or way more than two! It depends.) We're fine with that, but would like to point out that a certain contingent of go-to insults have a history of clinical use which makes them less desirable to use than others. 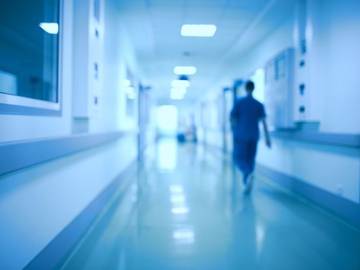 Luckily, there are many more options.

Idiot, imbecile, and moron were, not so long ago, used in a psychological classification system, and each one was assigned to a fairly specific range of abilities.

Of these three words moron is the newest (it dates to the early 20th century), and the only one coined specifically for the purpose of medical diagnosis. The word comes from the Greek mōros, meaning "foolish, stupid," and shares this etymology with words such as sophomore ("a student in the second year at college or a 4-year secondary school") and morosoph ("a learned fool").

Imbecile began its life in English in the 16th century as an adjective, and meant "weak, feeble" (the word comes from the Latin imbecillus, "weak, weak-minded"). It wasn't until the early 19th century that the word began to be used as a noun.

Order Murat to attack and destroy four or five thousand men in such a direction, it was done in a moment; but leave him to himself he was an imbécile without judgment.
— Barry O'Meara, The Atheneum (Boston, MA), 1 Sept. 1822

Idiot, from the Greek idios ("private" or "one's own"), is the oldest of these words, and has been in continual use since the 14th century. Over the years idiot has taken on a number of meanings, ranging from "an ignorant or unschooled person" to "jester, professional fool" to "Stimpy" (of "Ren and" fame). And since at least the 17th century the word has been used in theater in a colloquial insulting sense similar to how it is often heard today.

Rapture? You Fool, you Idiot, I tell thee I did but counterfeit—Unloose me—these wicked Women will take the Helm of Government out of my hand else....
— (Anonymous), Mr. Turbulent: or The Melanchollicks, 1682

The clinical applications of these words is now a thing of the past, and we hope no one reading this would be so callous as to try to resurrect their use. The generalized use of all three of these terms is well established in our language, and they may be found used as terms of opprobrium for someone who acts stupidly, but who is not necessarily cognitively impaired.

'Edna — stop — it's all my fault. I'm a fool — I'm a thundering idiot. I've spoiled your afternoon.
— Katherine Mansfield, Something Childish but Very Natural, 1924

When Efuru went home, Ajanupu could not help admiring her character. 'She is a woman among women. I like the way she is carrying her burden. She still loves that imbecile husband of hers and she is going in search of him.'
— Flora Nwapa, Efuru, 1966

If you choose to use these words in some hierarchical order to separate those drivers who cut you off on the highway from those who merely fail to turn off their blinkers, we're not in a position to stop you. However, we will point out that the English language is broad and magnificent enough that when you really need to lay into someone, you may do so in a properly considerate manner, and without resorting to potentially offensive and antiquated psychological jargon. Jobbernowl, loblolly, driveler ... these offer just a glimpse of the many non-clinical ways our language has of referring to those chuckleheads in your way.