Paying close attention to the details of its history

We're all pretty comfy with the word meticulous these days. We throw around phrases such as "meticulous attention to detail" and "meticulous planning" and "meticulous care" like they're perfectly normal things. And, in fact, they are. But this was not always the case. 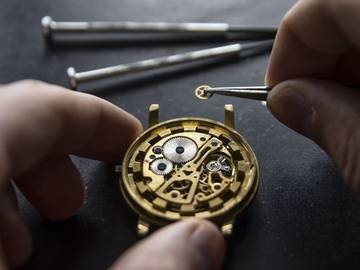 Consider this: if you'd tweeted out any of those phrases around the turn of the 20th century your feed may very well have blown up with condemnations echoing the words of none other than H. W. Fowler.

What's that? You don't know H. W. Fowler? Allow us to correct that. Henry Watson Fowler was an English lexicographer known especially for works he wrote about the English language in the early 20th century, including The King's English (1906) and A Dictionary of Modern English Usage (1926). The latter was especially influential. It was also especially harsh on meticulous, a term to which he devoted more than two columns, beginning with a square placement of blame for its use:

What is the strange charm that makes this wicked word irresistible to the British journalist? does he like its length? does he pity its isolation (for it has no kindred in England)? can a Latin scholar like him not get meticulous out of his head? can so accomplished a Frenchman never be sure whether méticuleux or meticulous is the word he knows so well? or what is it? At any rate, he must have the word always with him, however unsuitable the surroundings.

Fowler was reacting to the seemingly sudden journalistic ubiquity of a word that had formerly languished in near-obsolescence. Oh, the word wasn't at its core objectionable. Meticulous was formed in a normal enough way from Latin metus, meaning "fear," and it had in the 16th and 17th centuries enjoyed some perfectly normal use as a synonym of fearful and timid, as any Latin-respecting descendant of metus might feel entitled to do. But speakers of the English language had pretty much retired the word by 1700, and that, it seemed, was that.

Until the 20th century rolled around and those blasted journalists determined to insert it into every blessed thing they wrote—and with the wrong meaning. Fowler speculated on where they got it, noting that they could not have gotten it by recalling the Latin of their school days, because it's not found in the texts they would have been reading. Furthermore, in the few instances in which the Latin word may be encountered, it carries a meaning of "frightened," and describes such beings as "the timid hare, or the man who is gibbering with fear," and not the "overly careful" meaning so freely employed in the journalism of Fowler's day.

It was, it seems in the end, a trick of the French. In the 19th century, English literary critics were apparently convinced by the French word méticuleux that meticulous would do well with a new meaning of "overly and timidly careful"—and this despite the fact that that particular job was already being done perfectly well by punctilious and scrupulous, thank you very much. (We're paraphrasing: Fowler did not offer even false appreciation.) The lit crit use then led (nefariously, we're sure) to the meaning of "painstakingly careful," with all connotations of fear excised from the word.

Fowler would have been less annoyed if modern users had taken care to apply it "only to the care that has its origin in terror of being caught breaking rules or mis-stating facts." But, alas, the word was in fact destined for descriptions of such things as the care with which one plans a staycation.

The upshot for you? Use meticulous as pretty much everyone these days does: to mean "painstakingly careful." And be glad that H. W. Fowler's ghost isn't even taking notice.