If you're one of those people whose writing gets corrected by someone else, you may sometimes get called out for using a comma where what's technically called for is a period or a semi-colon. It's called a comma splice (or comma fault, comma blunder, comma error, or don't do that with a comma). (We made up that last one, sorry.) And it's quite common. In fact, there's an example of one in that parenthetical we used just now; if we had wanted to avoid a comma splice we would have said, "We made up that last one. Sorry." 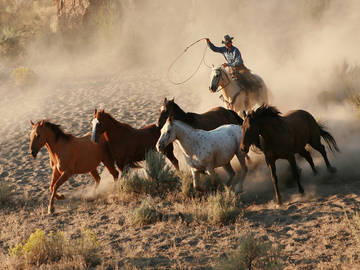 A comma splice is the joining of two independent clauses with a comma, e.g. "The hat does not fit, it's too tight." Though regarded as an error in formal writing assignments, it can be carried off successfully in informal writing.

To avoid a comma splice you can do one of several things. You can 1) make each clause its own sentence, 2) you can join the clauses with a semicolon instead of a comma, or 3) or you can replace the comma with a conjunction like and, but, because, or although. If the second clause is long, you can also keep the comma before the conjunction.) Here are examples of each kind of solution:

With a comma splice: The hat does not fit, it's too tight.

Comma splices are not a new phenomenon. In fact, they seem to be survivors from an older, looser form of punctuation. And by "older" we mean really old:

As to the old one, I knew not what to do with him, he was so fierce I durst not go into the pit to him….
— Daniel Defoe, Robinson Crusoe, 1719

Why, sure Betty, thou art bewitcht, this Cream is burnt too.
— Jonathan Swift, Polite Conversation, 1738

The New Jersey job was obtained, I contrived a copperplate press for it.…
— Benjamin Franklin, Autobiography, 1771

No one was correcting these writers back in their day; there was, in fact, nothing to correct. Eighteenth century punctuation did not follow the conventions that we practice today. But even as the standards of punctuation were evolving during the 19th century to those we're familiar with, the older, looser punctuation continued to be employed in the personal letters of well-known writers:

I have found your white mittens, they were folded up within my clean nightcap….
— Jane Austen, letter, 24 Aug. 1805

It is not necessary for Miss M. to be an authoress, indeed I do not think publishing at all creditable either to men or women….
— Lord Byron, letter, 1 May 1812

It seems most probable that the origin of the comma splice is the use of the comma to represent a relatively brief pause in speech (18th-century prose is closer to actual speech than it often appears now, and letters are often a close approximation of speech). Further evidence for this hypothesis can be found in modern transcriptions of speech. In the next example, the speech is fictitious:

The two independent clauses about Tyler read as though they are spoken so rapidly that any punctuation other than a comma would hardly seem possible. The comma similarly used turns up in transcriptions of actual speech:

Letters and speech (both fictitious and transcribed) demonstrate language at the less formal end of the spectrum, and that is where the comma splice is most at home. It's also very common in poetry and is found in fiction too:

On the white beach, ground-up coral and broken bones, a group of the children are walking. They must have been swimming, they're still wet and glistering.
— Margaret Atwood, Oryx and Crake, 2003

Language writer Stan Carey has an extensive list of examples of comma splices in action, some of which work better than others.

In writing assignments a comma splice is typically regarded as an error. In informal writing, though, a comma splice can be carried off successfully with the right kind of clauses: not too long, and preferably related. Adventurous writers pull it off regularly.