What Do You Call a Woman with the Rank of a Marquess?

Hint: it's not "poor Edith"

The finale of "Downton Abbey" proves to be a happy ending for Lady Edith, who becomes the Marchioness of Hexham by marrying her beau, Bertie, an unassuming man who unexpectedly inherits a fortune and an exalted title. Bertie suddenly becomes the Marquess of Hexham, which provokes the question: what’s a marquess? 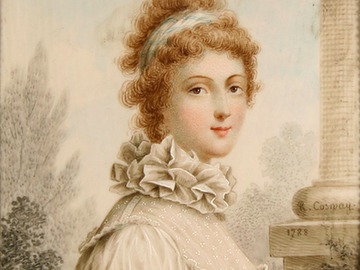 For a time, the feminine form of 'marquess' was 'marquisess'. Eventually, people decided that was silly and switched to 'marchioness'.

A marquess is “a member of the British peerage ranking below a duke and above an earl.” It’s less well-known as a title than duke or earl (or viscount or baron), possibly because there are fewer marquessates than dukedoms or earldoms in Britain. Like nearly all the names for members of the British aristocracy, marquess comes from a French word.

But where did marchioness come from? A marquis is the French name for a nobleman whose rank was equivalent to a German margrave. They both referred to a ruler of border or frontier territories; in fact, the oldest sense of the English word mark is “a boundary land.” In Latin, the name for this rank was marchion.

Marchioness is pronounced \MAHR-shuh-nus\ and means “the wife or widow of a marquess” or “a woman who holds the rank of a marquess in her own right.”

Which means that the one-time Poor Edith now outranks all of the members of her family.