1
: a nobleman of hereditary rank in Europe and Japan
2
: a member of the British peerage ranking below a duke and above an earl
marquessate
ˈmär-kwə-sət

Recent Examples on the Web Franco’s forces and his fascist allies to an Andalusian marquess who sets out to hunt communists with his personal death squad to a militia woman who saves the life of a right-wing lawyer out of compassion.

Liza Foreman, Variety, 6 Nov. 2022 In Genoa when staying at the Grand Hotel Savoia the hotel could arrange for a very special afternoon tea— with a marquess at the Palazzo Cattaneo-Adorno, one of the Rolli palaces designated as a World Heritage Site.

Catherine Sabino, Forbes, 10 Oct. 2021 The Victorian wit sues the Marquess of Queensberry for libel, egged on by the marquess’ son, Lord Alfred.

Sonia Rao, Washington Post, 20 Sep. 2019 Lansdowne became a marquess at age 21, upon his father’s death, while still a student at Oxford.

William Anthony Hay, WSJ, 26 Dec. 2018 The Queen can choose from five titles for a man -- duke, marquess, earl, viscount or baron -- and for a woman -- duchess, marchioness, countess, viscountess and baroness.

Angela Dewan, CNN, 19 May 2018 The British hereditary title is directly below baron, with viscounts, earls, marquesses, and dukes above it.

Sam Dangremond, Town & Country, 26 June 2018 Baronet is a rank in the British aristocracy, albeit below dukes, marquesses, earls, viscounts, and barons.

These example sentences are selected automatically from various online news sources to reflect current usage of the word 'marquess.' Views expressed in the examples do not represent the opinion of Merriam-Webster or its editors. Send us feedback. 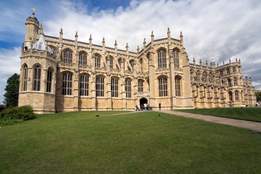 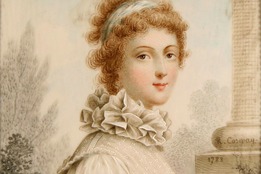 What Do You Call a Woman with the Rank...

Hint: it's not "poor Edith"

1
: a nobleman of hereditary rank in Europe and Japan
2
: a British nobleman ranking below a duke and above an earl

More from Merriam-Webster on marquess

Thesaurus: All synonyms and antonyms for marquess