Nothing but the English language up our sleeves.
Last Updated: 13 Apr 2022 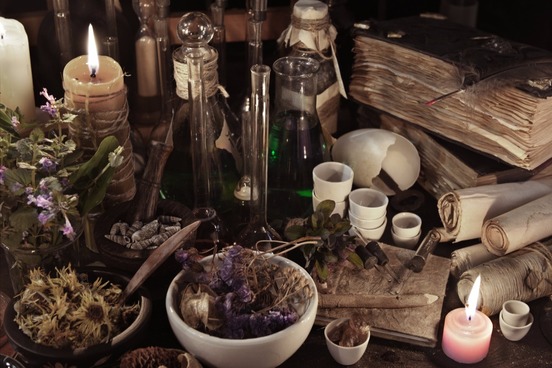 Here's where all the magic (sense 2b) begins: with magic.

The word magic goes back to the 1300s, and it originally referred to rituals, incantations, or actions thought to have supernatural power over the natural world. This is the sort of magic that shows up in the Harry Potter series, and the kind that the people accused of witchcraft in 17th-century Massachusetts were accused of performing. By the 1700s, magic had also come to refer to anything that seemed like a supernatural power

and by the 1800s, magic was also applied to the tricks and sleights of hand that conjurers and magicians did.

But the word has its origins in something that's not necessarily magical in any modern sense. The word comes from an ancient Iranian word, borrowed into Greek, that gave us the names of the Magi.

For those not up on their Christmas lore, the Magi are three men, sometimes reckoned as kings, priests, or astrologers, who traveled from their homes east of Israel upon reading a portent in the sky (a star) in order to pay homage to the infant Jesus. The name Magi was also given to a hereditary class of Zoroastrian priests of the ancient Medes or Persians—though this use of the word Magi in English comes several hundred years after the name given to the traditional "Three Wise Men." (Magi is plural: magus is the singular.)

The root from which both magus and magic stem refers to a sorcerer. The Old Persian magûs also gave us a word familiar to gamers: mage. 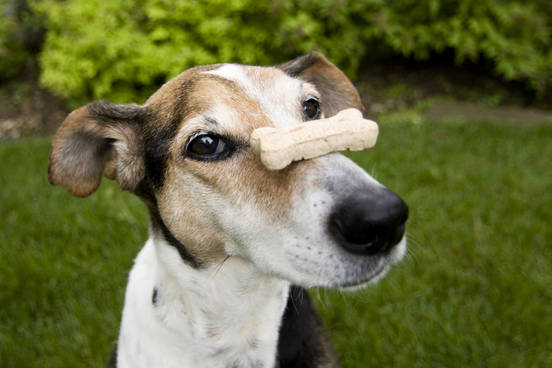 When we think of magic tricks, we generally think of discrete feats that require dexterity and ingenuity in order to make people believe something that isn't true: the "pick a card" trick, or the "disappearing coin" trick, or sawing a person in half. Fun and games. But the original trick was not so light-hearted. When trick first appeared in writing in the 15th century, it referred to something used to deceive or defraud people: we have evidence of "unknightly tricks" and "false tricks" going back to the early 1400s. The writers aren't referring to a type of harmless prestidigitation: these tricks are mean-spirited stratagems and lies. This makes some sense if you know that trick is from the Latin tricari, which means "to behave evasively" or "shuffle."

In time, however, trick began to undergo softening, and by the 1600s, it was also used to refer to more light-hearted pranks and jokes. That's not to say that trick still didn't retain some tinge of disparagement. For a few centuries, trick also referred to a stupid action undertaken without any forethought, and the use of trick in phrases like "up to your old tricks" refers to a habit or peculiarity of personality that is considered undesirable as often as not.

The magic trick meaning was an extension of the "prank, hoax" meaning. It came into use in the 1600s first in reference to jugglers, and then in reference to conjurers and magicians.

But if trick only goes back to the 15th century...what did we call a trick before trick? There are a number of now archaic and obsolete words that filled that role, but one that has survived into the modern era is craft. 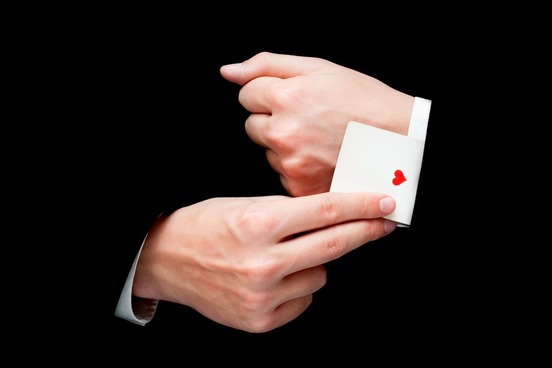 First and foremost, it's sleight with an e and not slight without an e. The confusion is understandable: sleight and slight are homophones.

While many see sleight of hand as a marvel, others have latched onto the "trick" part of sleight of hand: the term now can also refer to skill in general deception.

Banks have been shedding risky assets to show regulators that they are not as vulnerable as they were during the financial crisis. In some cases, however, the assets don't actually move—the bank just shifts the risk to another institution. This trading sleight of hand has been around Wall Street for a while.
— Susanne Craig, New York Times, 11 Apr. 2013 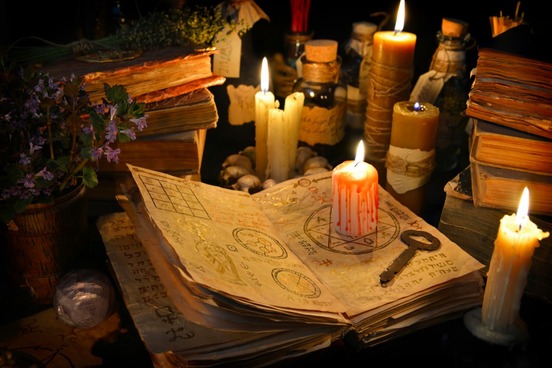 Its original meaning in English, however, refers to binding someone to do something by making them swear an oath. Conjure comes ultimately from the Latin prefix con-, "with," and jurare, "to swear."

The path between the two conjures isn't as circuitous as one might imagine. As soon as conjure appeared in English prose, it gained a very particular application that gave it mystical overtones: it referred to summoning a devil or spirit and binding it to a particular action.

This jump from the corporeal to the metaphysical realm laid the groundwork for conjure's use in the magical arts to refer to summoning (or seeming to summon) something out of thin air.

There is one more branch stemming from the original bind with an oath meaning: conjure was used historically to refer to beseeching or pleading with someone. It was a favorite of Sir Walter Scott's:

I asked this interview, to conjure that you will break off all intercourse with our family.
— Sir Walter Scott, Peveril, 1823 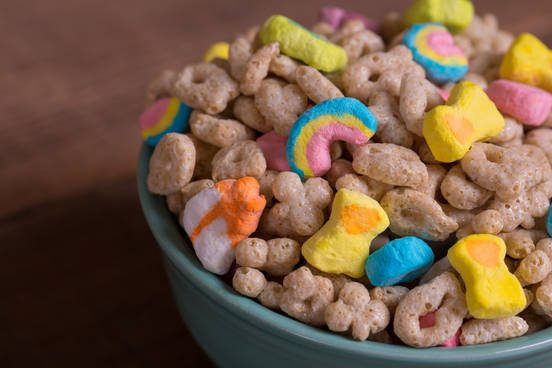 Most of us are familiar with charm as it refers to a quality that makes someone or something likable or attractive: a vacation getaway with charm, a TV host that radiates charm. But charm has magical origins.

When it first came into English in the 14th century, charm referred to the act of chanting or reciting a magic spell:

Ich haue saued with þis charme Of men and of wymmen meny score þousend. [I have saved, with this charm, many thousand score men and women.]
— William Langland, Piers Plowman, 1393

If you've read the Harry Potter books, you'll recognize that Rowling uses the original meaning of charm in her series to refer to a type of magic. Charm comes ultimately from the Latin word canere, which means "to sing or chant."

But the "spell" meaning of charm quickly broadened. In short order, charm also came to refer to anything believed to have the magical properties of a spell. We still use this sense today when we refer to "good-luck charms" like rabbit's feet, and it also weakened and gave us another modern meaning we ascribe to charm: small ornaments worn on a bracelet or chain.

Today's common meaning of charm, however, is an extension of the original "incantation" meaning. In the late 1500s, charm started to refer to anything that seemed to put someone under a spell—Shakespeare talks about the "charm of looks" in Romeo and Juliet—and by the 1600s, charm had come to refer to an attractive quality that drew people as if they were under a spell. 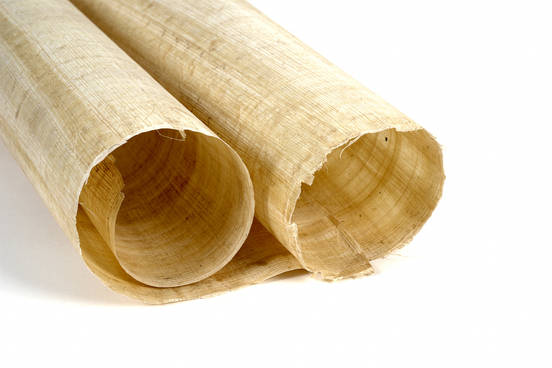 Conjure up an image of a stage magician in tux and red-lined cape, waving a wand over an upended top hat. The magician exclaims "Abracadabra!" and the magic happens.

Abracadabra isn't just an impressive-sounding nonsense word passed down from one generation of magicians to another. Originally, abracadabra was itself magic.

Our earliest attestation of abracadabra is from a Latin poem about medicine and other medical matters. (There are many theories regarding its pre-Latin history, but none of those theories are supported by evidence.) The word itself was a charm to protect against bad luck, illness, or evil. It was supposed to be written on a piece of papyrus multiple times, with the final letter of the word being dropped on each line until the word was reduced to a single letter: a. The charm, which looked like a diminishing triangle, was worn in an amulet or carried by the petitioner. Whatever evil had befallen the charm-holder, it was supposed to diminish along with the word abracadabra.

By the time abracadabra came into English in the 16th century, it was no longer a physical charm, but was an incantation to protect against evil. Over successive centuries, the word abracadabra lost much of its mystical potency: by the 19th century, it had become the word we associate with conjurers, and had gained a meaning of "nonsense." 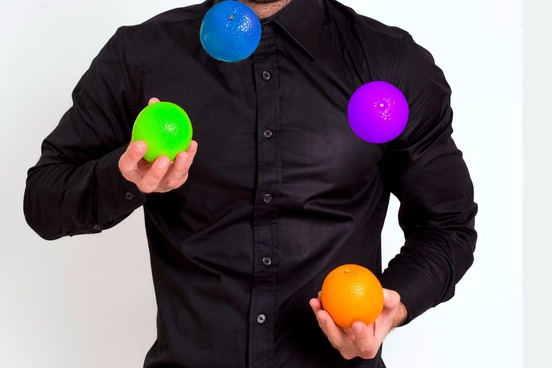 Like abracadabra, we associate the word hocus-pocus with the execution of some trick of transformation. The term itself has undergone some sort of tricky transformation as well.

When it first came into English in the early 1600s, hocus-pocus was used specifically to refer to jugglers. One 17th-century writer suggests that it was actually the name of a particular juggler or conjurer and was modeled on the fake Latin he used in his act. Another 17th-century writer gets more specific: conjurers use hocus-pocus in mockery of the moment in the Catholic mass in which the Eucharist elements are transformed into the physical body and blood of Jesus Christ. At that point in the Latin mass, the priest says hoc est corpus, "this is the body." To mimic the Latin mass adds to the mystery of a trick's reveal.

It is true that by the end of the 1600s, hocus-pocus was used to refer to any sleight of hand, as a conjurer's cry, and as a word that referred to any sort of trickery or nonsense. But all the stories about its origin are a bunch of hocus-pocus. Etymologists think that is was probably created in imitation of Latin, but the story about the juggler's name and the mockery of the mass both appeared after hocus-pocus showed up in print, meaning that they are suspect.