Lose and loose are easy to confuse. Lose typically functions only as a verb, with meanings related to failing to win or hold onto something; one might “lose a game” or “lose one’s temper.” Loose can be used as an adjective ("not securely attached"), a verb ("to free something or someone"), and less commonly, a noun or adverb. 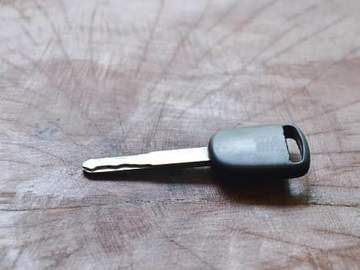 A loose key: easy to lose

We often see usage books warning against confusing the words loose and lose. These words are spelled in similar fashion, and the fact that lose rhymes so well with choose seems to prompt many people to assume that it too should contain a second O. Despite their orthographic closeness these two words are quite distinct in meaning.

Meaning and Usage of 'Lose' and 'Loose'

Lose typically functions only as a verb, with such meanings as “to bring to destruction,” “to miss from one's possession or from a customary or supposed place,” or “to undergo defeat in.” Loose, on the other hand, occupies many more parts of speech. It can be an adjective (“not rigidly fastened or securely attached,” “not tight-fitting”) or a verb (“to free from restraint,” “to let fly, discharge”), and, less commonly, a noun (“the release of an arrow from a bow”) or an adverb (“in a loose manner”).

Ways to Use 'Lose'

Both words are often found as parts of idioms. Here is a short guide to some of the things one might lose, and what each entails:

Lose one’s temper - to get angry
Lose one’s mind - to go insane
Lose one’s way - to become lost (often used figuratively)
Lose one’s head - to become very upset or angry
Lose heart - to become discouraged
Lose one’s nerve - to become afraid
Lose count - to forget a number or total
Lose face - to lose other people's respect
Lose it - lose one's composure
Lose out - fail to receive an expected reward or gain
Lose sleep over - to worry about (something) so much that one cannot sleep (this is usually used in negative statements, as in “I’m not losing any sleep over it”)
Lose one’s grip - to lose control of one's thoughts and emotions
Lose one’s lunch - to vomit

Ways to Use 'Loose'

When loose performs idiomatic functions it generally is as an adjective or adverb. Here are some of the things that might be loose, or that might exist in such a manner:

Loose change - coins that a person is carrying
Loose cannon - a dangerously uncontrollable person or thing
Loose-lipped - given to unrestrained talk
Loose fit - a fit with sufficient clearance to permit free play or in the extreme to rattle
Hang loose - to remain calm or relaxed
Fast and loose - in a reckless or irresponsible manner (or in a craftily deceitful way)
Have a screw loose - to be mentally unbalanced
All hell breaks loose - used to describe what happens when violent, destructive, and confused activity suddenly begins