Yes, Liaise Is a Real Word

And no, it's not business jargon

The word liaise is used by many, beloved by few, and subjected to perhaps more criticism than is warranted. Without seeking to make any claims of euphony of behalf of liaise, let’s take a few minutes to examine what it means, where it comes from, and why it causes such teeth gnashing. 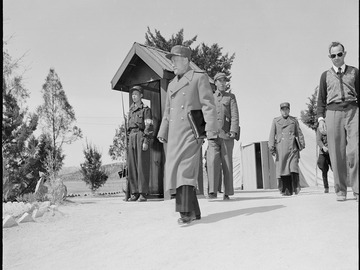 Major General Lee Sang-Jo, Communist liaison officer, departs after agreeing to the UN proposal for exchange of sick and wounded prisoners, 1953. The word 'liaise' comes from the military—not business jargon.

For evidence of people’s antagonism toward liaise we need look no further than social media, where people often turn to post pithy expressions of distaste regarding language use.

Why do people find this word objectionable? We are not psychoanalysts, and cannot speak for all such people who prefer to avoid using it, but it is notable that liaise is a type of word known as a back-formation (“a word formed by subtraction of a real or supposed affix from an already existing longer word”), and many of the English-speaking people love to hate these. Liaise was formed by shortening the word liaison (“a person who establishes and maintains communication for mutual understanding and cooperation”).

Of course, words such as televise (from television), brainwash (from brainwashing), and complicit (from complicity) are all back-formations, and we typically use these words without any feeling that we are doing a disservice to the English language. Our language has hundreds of such back-formations, and the overwhelming majority of them have been thoroughly assimilated. But there are others, such as incent (from incentive), and conversate (from conversation), which have an unerring ability to rankle careful speakers.

Another possible reason why liaise rubs some people the wrong way is that in U.S. English it is perceived to be business jargon, something many people hate almost as much as they hate back-formations. So when you come across a word that is both business jargon and a back-formation, it is easy to see why it might not be the most popular word on the block.

Except that liaise did not enter our language from the world of business. It's from the military. It appears to have entered the language sometime around 1920, always in writings concerned with military affairs.

Soon after this I learnt that changes were taking place in our liaison staff, and that now I should be required to live and liaise with the 4th Italian Army holding the Grappa sector, at the same time keeping touch with events in my old 3rd Army on the Piave front.
—C. H. Goldsmid, Diary of a Liaison Officer in Italy in 1918, 1920

We soon came almost on to some fellows in grey. “There they are,” I said, “stop here and I’ll go liaise.”
—Arden Beaman, The Squadroon, 1920

None of this is offered as an entreaty on behalf of liaise; you are free, should you choose, to continue to despise the word, and to look down your nose at anyone who uses it. Yet liaise does serve a purpose (since liaison does not function as a verb), and it was formed in the same manner as many other commonly-used words in our language. Hate it if you will, but don’t cast aspersion on its function or parentage.