The word past functions as a noun ('the distant past'), an adjective ('thinking of past times'), a preposition ('just past the store'), and an adverb ('running past our house'). Passed, on the other hand, is only ever the past tense of the verb pass, as in 'she passed the test.'

Past is a very busy word. It's an adjective in "thinking of past times"; a noun in "the distant past"; a preposition in "just past the post office"; and an adverb in "walking past."

Passed is also busy, but its role is much more limited: it's only ever a form of the verb pass, as in "We passed the library on our way here" and "The law hasn't been passed yet." 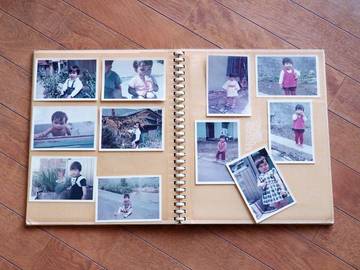 Since 'passed' is just a version of the verb 'pass,' it can take the forms 'pass,' 'passes,' or 'passing' as well.

The words sound identical, though, and they occupy some of the same semantic territory, which can make it really hard to keep them straight.

If you pass a park on a drive through town and want to talk about it later you can say either of the following:

I drove past the park.

I passed the park on my drive.

The way to keep them straight is to remember that past only ever has that form, but passed is really just a version of the verb pass, so it can take the forms pass, passes, or passing as well. To see which word is the one you want, put the same sentences in the future tense and see what happens:

I will drive past the park.

I will pass the park on my drive.

Past remains unchanged, but passed changes to will pass.

We went past the entrance.

We passed the entrance.

In the future tense we get:

We will go past the entrance.

We will pass the entrance.

Both words appear in idioms as well. The phrase for when someone has lost consciousness or fallen asleep is passed out:

The kids were both passed out in front of the TV.

It's the past tense of the verbal phrase pass out, which we can see clearly in the future tense:

The kids will both pass out in front of the TV.

If this pair has given you trouble in the past, we recommend you give this article a passing glance from time to time.

In summary: To keep past and passed straight, remember that past always has the same form, while passed is one of the forms of the verb pass. By putting a sentence in the future tense you can see which you want. Change "I drive past your house" to "I will drive past your house," and you find that past remains the same. Change "I passed your house" to "I will pass your house," and you find that passed becomes will pass.