Is it wrong to confuse these words?

The English language has, as do all other languages, certain conventions which govern its use. Some of these are grammatical, such as whether you should use a nominative or an objective pronoun following a preposition (objective, as in “between you and me”). Others might be better characterized as issues of usage; these may overlap with grammar, but generally are more concerned with style than syntax. A fine example of this second kind of convention (or rule, if you prefer) is the dictum about whether you should use flout or flaunt. 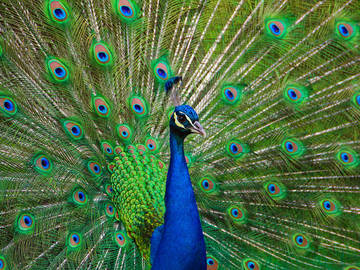 People confuse 'flaunt' and 'flout' so often that our dictionary includes 'flout' as a second definition for 'flaunt'. However, if you use 'flaunt' to mean 'flout', most people will think you've made a mistake.

The use of these words is messy and complicated, the meanings are still in flux, and many people like to complain about the apparent misuse of them. What’s not to love?

If you treat a convention with disdain you are flouting it. If you make an ostentatious display of something then you are flaunting it. So why is this a problem? Mainly because people seem to have the habit of using flaunt to mean flout.

Although both of these words have been in use since the 16th century, the habit of using flaunt instead of flout appears to have not begun until the beginning of the 20th, and became notably more common in the 1930s and 1940s.

Instead of the rich whose opportunities are great setting examples of patriotism and fidelity to principle they flaunt the law and make it a jest.
—The Salt Lake Telegram, 18 Jan. 1905

I believe it would have a good moral effect on minor wrongdoers to demonstrate that a man of even Collins’ standing and ability is not able to lightly flaunt the laws and judiciary of the State.
—San Francisco Chronicle, 18 Jul. 1905

The use of flout where one might expect to see flaunt does occur on occasion, although it is considerably less common.

When Miss Smith went to Mudge recently to market a load of watermelons she was asked why she did not marry. She flouted her calico skirt, and, with a contemptuous air, replied: “Men is no ‘count an’ mean.”
—Anaconda Standard (Anaconda, MT), 9 Sept. 1899

Once the use of flaunt to mean “to treat contemptuously” took off, it proved very difficult to convince people that they should not use the word in this fashion (usage guides have been scolding people about this for a number of decades now). Although the original senses of each word are not synonymous, they each do have connotations of disapproval, and each one describes an action that many people would find unseemly, or improper. It is not difficult to find examples of this broadened sense of flaunt in published and polished prose. In fact, it is common enough that we have included this sense (as have a number of other fine dictionaries).

Before you grab your pitchfork and accuse the lexicographic community of willfully flouting the dicta of the usage gods (which we are not), or charge that we are flaunting our role as the arbiters of all that is proper and fine with the English language (that is not our role), please take a minute to consider our position. Dictionaries record the language use of a people; they do not attempt to sway it. If enough people use a word in a certain fashion, we are compelled to record that use.

Should you find that differentiating between these words still vexes you, here is another way of looking at it: if you decide that you just don’t care what people think, and that you are going to use flaunt to mean “treat with disdain for convention” you are flouting that prescribed usage; if you do care to observe the distinction, and make sure that everyone knows that you know what it is by using flaunt and flout all the time, then you would be flaunting your knowledge of a usage prescription.

A final note: although we include the recent sense of flaunt, this does not mean that we are suggesting you use it in such a fashion, and most copy editors, usage guides, and grammatically inclined pickers of nits would judge you for doing so. Some of them might even snigger. We never would do such a thing. But we might raise our eyebrows, make a quick note on a citation slip, and record your usage as evidence.