There's no need to loathe these two words

Kingsley Amis had an apt, if somewhat pessimistic, view of the likelihood of an adult learning the proper fashion in which to use an apostrophe: “if you have any trouble with them or it after the age of fourteen or so, the chances are that you will always be liable to error in the matter.” Some people who have not yet managed to wrap their guesses around the matter of whether one should use loath or loathe may very well feel the same way about these tricky words. 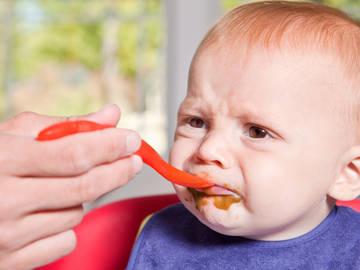 'Loath' is an adjective; 'loathe' is a verb. For example: "No wonder my child loathes his food; I'm loath to try it myself."

However! Apostrophes and loathing are not equivalent. The apostrophe is a treacherous syntactical fen, with its function, and the rules governing its use, shifting repeatedly over the centuries. The difference between loath and loathe is fairly straightforward, and the correct way to use them is within the grasp of anyone who cares to learn it, even if you are over the age of 14.

Before we dive into that difference, a quick word on the history of each. Both loath and loathe may be traced back to the Old English word lath (“hostile, loathsome”). Each one has had a number of variant spellings over the years, and, according to the Oxford English Dictionary, for at least some portion of their history each word has taken on the spelling of the other (in the 16th century loath was occasionally written as loathe, and loathe was sometimes written as loath between the 15th through 17th centuries); it’s no wonder they are often confused.

Peter Lombard in his sentences reckoneth vp thrée causes why Sacramentes were instituted, that is to say, why spirituall and heauenly thinges were deliuered and committed vnto vs vnder visible signes, fourmes and ceremonies: the first of whiche is so colde and weake, that I am loathe to moue it to memorie.
—Heinrich Bullinger, Fiftie Godlie and Learned Sermons, 1577

But hap what will my heart is sette
I am resolu'd of this conceit,
If by desert I cannot get,
I loath to liue vpon deceit.
—The Arbor of Amorous Deuises Wherin, Young Gentlemen may Reade Many Plesant Fancies, and Fine Deuises: and Thereon, Meditate Diuers Sweete Conceites, to Court the Loue of Faire Ladies and Gentlewomen, 1597

Although these two words had periods of overlap, and some sources still list loathe as a permissible variant of loath, the general movement seems to be toward distinguishing more firmly between them. If you wish to do so, you need remember nothing more than the fact that one is a verb and one is an adjective, and spend some concerted time memorizing which one is which (or get a semantically explanatory tattoo; we hear they are quite fashionable these days).

Loath is an adjective (“not willing”). You are loath to confront the guy at work who keeps stealing your food from the refrigerator, because he often talks to himself and has a peculiar smell.

There. That’s nice and simple, isn’t it?

For the sake of convenience, we are not going to tell you about the fact that there is a now obscure noun form of loath which can mean either “loathing” or “something loathsome”, or that British English also commonly uses the variant of loath that lost an A (the adjectival loth). It is unlikely that this information would change the way you use loath and loathe, and it would either muddy things up, or make the tattoo you’re getting quite a bit longer.