Is It 'Astrology' or 'Astronomy'?

The difference is written in the stars.

The English language can often feel like it's been put together with the explicit goal of creating confusion, rather than facilitating communication. Why else would we allow such pairs of nearly-synonymous words as flammable and inflammable, personate and impersonate, and habitable and inhabitable to exist with such similar meanings?

In addition to these tricky pairs, we also have a number of words which started out meaning much the same thing, but have grown weary of each other and semantically divorced. In spite of the fact that they might now have meanings which are quite different, such words very often remain difficult for many people to tell apart. A fine example of this may be found with astrology and astronomy. 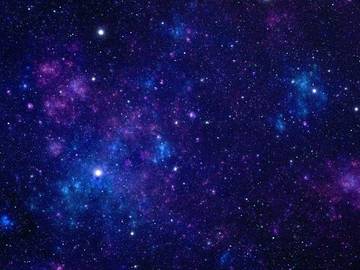 'Astronomy': the one with the scientists

Both words are quite old (astronomy is from the 12th century, and astrology from the 14th), and both share a root with the word disaster (the Greek astron, meaning “star”). In modern use the two words have quite different meanings, but for hundreds of years they were synonymous.

We define astronomy as “the study of objects and matter outside the earth's atmosphere and of their physical and chemical properties”; this is the word scientists use, and the word you would expect to see on the cover of your college textbook. Astrology is defined as “the divination of the supposed influences of the stars and planets on human affairs and terrestrial events by their positions and aspects.” The word supposed in the definition for astrology performs multiple functions: it indicates that the claims made by astrologers are widely viewed as unscientific, and it also stands as a placeholder for the screams of anguish from thousands of science teachers when students confuse astronomy and astrology.

We understand that it can be difficult to remember the difference between two such words, both of which begin with the same letters and have meanings concerned with outer-space-stuff. It may help you to distinguish between them if you remember that astrology is related to astrologaster, a now obsolete word that was once a derogatory term for one who purported to study the stars.

If some silly Astrologaster, or Figure-flinger, do but hit in one thing of twenty, he is presently cryed up for a Cunning man; but let the Physitian work six hundred cures, yet if through the impatience of his Patient, he fail but in one, that one fail doth more turn to his discredit.
— John Spencer, Kaina Kai Palaia, Things Old and New, 1658

When used as a suffix, -aster means “one that is inferior or not genuine,” and its use was by no means restricted to astrologaster. So in the event that repetition will help you cement your knowledge of what astrology is, here are another half-dozen more obscure and petty insults you may find more useful than picking on a horoscope writer.

Politicaster - a petty or contemptible politician

Criticaster - an inferior or petty critic

In summary:
Do you have trouble telling the difference between astronomy and astrology, and worry that someone will laugh at you for mixing them up? Relax; many people find this distinction confusing (and for hundreds of years the two words had the same meaning). In current use astronomy is the science word, and astrology is the non-scientific practice.