A look at one of our least important linguistic debates

March 4th is National Grammar Day, which typically is celebrated with the ritual slaughter of a dozen split infinitives and dangling modifiers. Grammarians take particular care to avoid ending any sentence with a preposition, and freely dispense free advice on grammatical errors, whether it is asked for or not. In other words, it is a day like any other. 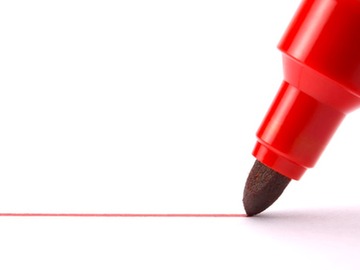 'Grammatical' means "following the rules of grammar." Is it a contradiction to follow it with the word 'error'?

An oft-overlooked episode in the history of grammatical quibbling is the case of the aforementioned phrase grammatical error. We may give these two words little thought today, except when we observe one, or when someone points one out, but at one time the idea of whether an error could actually be called grammatical was hotly (or at least warmly) debated. A letter published on the front page of a journal in the early 19th century provides evidence of the beginnings of this peculiar objection.

“Grammatical error” is not uncommon language, even with scholars, who, through indifference, or carelessness, from conformity to illiterate usage, often fall into erroneous modes of expression, although a moment’s reflection would suffice to set them right.
—The Kaleidoscope, 4 December 1821

In case some of you are still scratching your heads, trying to guess what could possibly be amiss with grammatical error, the complaint is based on the notion that grammatical means "following the rules of grammar" (in other words, 'correct'), and therefore to follow this with the word error is to create a contradiction. The anti-grammatical error crowd felt that it made no more sense than to say that something was "correctly wrong."

Did people actually take the time to cavil about things such as this? Yes, they did.

As we never saw a grammatical error, how are we able to judge, for certainly an error cannot be grammatical. We have heard of ungrammatical expressions, but never before knew an error to be grammatical!
—Newark Advocate [Newark, OH], 29 May 1863

There is…a phrase appearing in his article which, like a false note in music, lacks harmony and consistency. In commenting upon The Post’s style Mr. Wines says “That he finds it free from grammatical errors.” The word grammatical means…according to rule or the laws of grammar. Such a phrase as a grammatical error is a contradiction of itself.
—Letter from F. Eliza Hale, The Washington Post, 31 January 1896

A grammatical error is an error in grammar, but this is a clumsy way of saying so. “Ungrammatical” is preferable.
—Kansas City Times [Kansas City, MO] 6 February 1885

The argument over whether or not errors could be called grammatical did not stick around nearly so long as some (we’ve been arguing about ending sentences with prepositions since the middle of the 17th century), but it did last a hundred years or so. Many commenters who weighed in on the matter pointed out that grammatical has more than one meaning; in addition to "following the rules of grammar" it also means "of or relating to grammar." An article in The Indiana School Journal from 1876 made this case, writing “nobody doubts the propriety of saying ‘scientific blunder,’ ‘physiological inaccuracy,’ ‘geographical mistake;’ then why should any one question the propriety of saying ‘grammatical error.’” Throughout the 19th century readers would occasionally write to magazines and newspapers, asking whether the phrase was considered proper. Most of the responses to these queries sound a bit exasperated; the magazine Bow Bells ("a magazine of general literature and art for family reading") answered the question by simply stating “The argument that an error cannot be grammatical is of no practical consequence, and is wide of the mark.”

Why did we question the propriety of grammatical error? Well, mostly likely because many people (then, as now) loved to argue about all things that relate to grammar and usage. If you would like to observe National Grammar Day by arguing a point about which no one has given a fig for a hundred years, then the question of whether grammatical error is up to snuff may just be what you’re looking for (or "the thing for which you look").