On ‘Infringe,’ ‘Encroach,’ and ‘Impinge’

Infringe means to "violate the rights of another" and can overlap with encroach which means to "gradually enter into the territory, possessions, or rights of another." By encroaching you are in fact infringing upon someone else's rights. In most usage, infringe refers to personal rights, while encroach refers to property or territory. A final word, impinge usually means "to make an impression upon," but can also overlap with infringe and encroach. 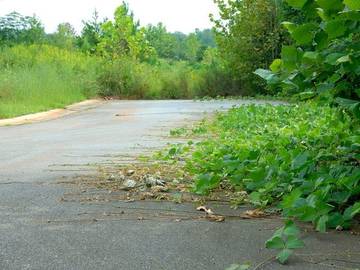 'Infringe' vs. 'Encroach': Matters of Person and Property

The verb infringe means to violate the rights of another, often in a way that is gradual but clearly identifiable. You might, for example, infringe upon another’s trademark or copyright by using their protected work for yourself.

And of course, infringe is most famously found in the text of the 2nd Amendment to the U.S. Constitution: “…the right of the people to keep and bear Arms, shall not be infringed.”

Infringe is close in meaning to encroach, and in fact encroach is part of the dictionary definition for infringe. To encroach means “to enter by gradual steps or by stealth into the possessions or rights of another” or “to advance beyond the usual or proper limits.” While infringe tends to focus on one’s personal right, encroach often is used in the context of property or territory, as in “the water was closing in, encroaching on our beach volleyball game.”

County officials say the erosion is harming wildlife habitat and encroaching on the park’s facilities. The erosion has caused sediment pollution downstream and poses a safety hazard to park visitors.
— Jack Jacobs, The Virginia Gazette, 18 Sept. 2019

These words share a lot of overlap, so it’s not usually a problem if you use one in place of the other. Occasionally, however, you might see infringe and encroach conflated to make a third word: incringe. There is only scant usage evidence of incringe in print, but it does seem to occur with a little more frequency in spoken English.

Another word that gets added to the mix is impinge, which means “to strike or dash especially with a sharp collision” or “to have an effect : make an impression.”

James Park runs JPA Design, a London-based firm that specializes in aircraft interiors. His team is currently finessing a fixed-back shell seat that will not impinge on the passenger behind, even as it reclines.
— Mark Ellwood, Condé Nast Traveler, 28 Aug. 2019

The fight for public art in Savannah has faced its share of red tape, namely the ordinance for monuments in the historic district downtown. But, Edminster reminds, Starland is well outside the National Historic Landmark District. “I don’t want to impinge on downtown, so that’s why I think we’re going to try and focus on the Starland District,” he says.
— Connect Savannah, 18 Sept. 2019

Impinge can also mean “infringe” or “encroach,” and that use is established enough to be covered in the dictionary:

“The state has a substantial government interest in criminalizing participation in a riot with acts of force or violence,” Judge Lawrence Piersol wrote in a Wednesday order. But the three laws “go far beyond that appropriate interest and … do impinge upon protected speech and other expressive activity as well as the right of association.”
— Rapid City (S.D.) Journal, 18 Sept. 2019