Incredible means "too extraordinary to be believed," whereas incredulous means "skeptical." They come from credible and credulous, respectively, as credible describes something that is believable, while credulous describes someone who readily believes or is not skeptical. 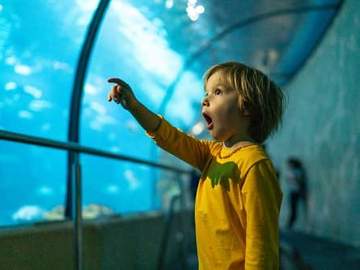 Imagine someone tells you a story that is wildly improbable, and you (not being a trusting sort of person) express disbelief — are you incredulous and the story incredible, or is it the other way around? You will be happy to know that in this case there is a fairly simple answer, at least as far as current usage goes; you are incredulous (“skeptical”) and the story is incredible (“too extraordinary and improbable to be believed”).

The Origins of 'Incredible' and 'Incredulous'

Both words have shorter versions that came before them; incredulous was preceded in use by credulous (“ready to believe especially on slight or uncertain evidence”), as incredible was by credible (“offering reasonable grounds for being believed”). Incredible is the older of the two words, in English use since the 15th century. Incredulous came into use in the second half of the 16th century, and in its earliest use had the meaning of “unwilling to admit or accept what is offered as true.”

He shall bée naturallye symple, learned, and wyse, and yet not wythstandynge, verye incredulous and harde of belyefe.
— Richard Roussat, The most excellent, profitable, and pleasant booke of the famous doctour and expert astrologien Arcandain, 1562

In the early 17th century, however, some writers began to use incredulous in a manner that was synonymous with incredible (“too extraordinary and improbable to be believed”.

This broadened sense of incredulous fell into disuse by the end of the 18th century, although it appears to be picking up in recent decades. It is not unusual to find this use in print, although in many cases it occurs in the reprinting of speech.

She found it incredulous that a successful field goal meant that she and the other fans “must be playing well.”
— Richard Sandomir, The New York Times, 12 Dec. 2007

Mr Blackford has described the decision as "utterly incredulous" and called on UK Immigration Minister James Brokenshire to rethink.
— Alexandra Sims, The Independent (London, Eng.), 30 May 2016

This use of incredulous is still widely regarded as an error. It is recommended that you use incredible to mean ‘too outlandish to be believed’ and incredulous to mean ‘skeptical.’ Unless you are writing Shakespearean fanfic, in which case you can use incredulous however you want.