On the Difference Between 'Incite' and 'Insight'

Not that we're looking to start something.

Incite is a verb meaning "to move to action." It is often seen in the contexts of starting a riot or revolution. Insight, on the other hand, is a noun referring to the act or result of looking at something closely in order to learn truths about it. Incite also has the pronunciation stressed on the second syllable, while insight is stressed on the first. 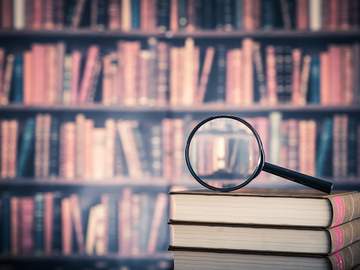 How to Use 'Incite'

The transitive verb incite is defined as "to move to action" as well as "stir up, spur on, urge on." More often than not, the object of the verb is some kind of uprising, like riot or rebellion, or the people who perform the uprising.

Lukashenko, who has suppressed opposition and independent news media since coming to power in 1994, has refused dialogue with opponents and has alleged that Western countries have incited the protests.
— The Northwest Arkansas Democrat-Gazette, 9 Nov. 2020

The first Small Axe film, Mangrove … focuses on the trial of the Mangrove Nine; a group of black activists accused of inciting a riot at a protest 50 years ago.
— BBC News, 10 Nov. 2020

Detectives monitoring social media during the rally watched a protester strike the police car. Police acknowledged in the criminal complaint that plainclothes officers had infiltrated the crowd and one of them ... saw the attack on the SUV unfold, inciting the crowd “to commit criminal acts.”
— Jonathan D. Silver, The Pittsburgh Post-Gazette, 1 June 2020

Incite derives via Middle French from the Latin incitare, combining the in ("within") with citare, a verb meaning "to put in motion." Switching the prefixes gives us excite and recite. Citare also gives us the verb cite itself along with the related noun citation.

How to Use 'Insight'

Insight is a noun defined as "the power or act of seeing into a situation : penetration" and "the act or result of apprehending the inner nature of things or of seeing intuitively." Essentially, it's the effort to learn the truth about something by looking at it very closely.

It can be used as a count noun or mass noun:

The plan is ambitious: Anyone in the world is invited to share written responses and photos on an online platform, to document and archive the pandemic experience. The hope is to learn lessons and gain insights that might otherwise be lost, and to create a tangible, collaborative record to craft the story of this time.
— Deborah Fallows, The Atlantic, 26 May 2020

Although the researchers are still poring through the data — recordings wrapped up in March — some soundscapes have already provided insight into life in the deep sea. The Minami-Tori Shima recording revealed a chorus of fish that began right after sunset and ended after midnight at depths with no visible light.
— Sabrina Imbler, The New York Times, 10 Nov. 2020

The two words have differing pronunciations, with incite having stress on the second syllable and insight having its stress on the first.

The related adjective insightful describes something (such as an observation or question) that comes from looking at a subject very closely.

Always well-prepared with insightful questions for his guests, Krasny built up one of the most loyal radio audiences in the San Francisco Bay Area, often topping the local ratings.
— Douglas Zimmerman, SFGate.com, 9 Nov. 2020

There isn't much reason to confuse incite and insight apart from their sounding alike, but it occasionally happens. Typically, if you encounter incite being used as a noun or insight as a verb, it should be regarded as an error.