Fare can either be a noun relating to the price charged a person to travel or a verb referring to succeeding, traveling, or eating. Fair as a noun refers to any of various large public events. Fair can also be an adverb related to impartiality or an adjective with many senses.

Fair and fare are homophones—that is, they are words that have the same pronunciation but different spellings and meanings. Fair to say, they are sometimes confused in writing. 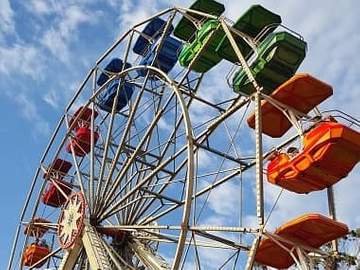 Confusion Between 'Fair' and 'Fare'

Besides pronunciation, they share a grammatical function, which may also cause some writers to pause when choosing the correct spelling. Here are examples in which the noun forms fair and fare are mistakenly substituted for each other. (This misuse of fare for fair is rare but, as shown, does occur.)

Creations on show at the ‘Made London’ craft fare span a range from decorations, furnishings and jewellery, with items fashioned from ceramics, textiles, woods, leathers and silvers.— The East London Advertiser, 14 Oct. 2020

North Sea coasts with an onshore wind could be, at least in one or two areas, a little on the cloudy side and maybe fare weather cloud building in the afternoon elsewhere. — The Express (UK), 31 May 2021

Similar to other Southern cities, the climate category hurt Mesquite’s ranking. But it faired well in the safety category, scoring 86 out of 200 among the cities studied.— The Dallas Morning News, 1 Jun. 2021

This confusion is easily straightened by becoming acquainted with the words' distinct spellings and different functions and meanings. With that said, consider this article either a primer or a refresher on the dictionary entries of fair and fare.

The noun fair generally refers to a large public event at which there are various kinds of competitions, games, rides, and entertainment. Peculiar to American English, fair is the name for an event at which farm products and farm animals are shown and judged. It also designates events at which people gather to buy items (e.g., a craft fair) or to get information about a product or activity (a trade fair or a job fair).

Fair as an adjective has a range of senses. At the risk of losing your attention, we will forgo going over them one by one and instead provide some examples illustrating common usage accompanied by defining glosses:

The judgment was harsh but fair. [=according to the rules]

The boy thought trading two of his gaming cards for one with a higher power to be fair. [=acceptable]

The deal is fair to both sides. [=the deal does not favor either side]

The student's work has been fair [=average] to good.

The old car was in fair [=reasonably good] condition.

The meteorologist forecast fair [=not stormy] weather for today.

There is also the related adverb fair, meaning "in a manner that is honest or impartial or that conforms to rules," as in "My sister never plays fair at card games."

That's a fair introduction to fair. We now fare onward to fare.

Fare can be either a verb or a noun. As a verb, it is synonymous with such terms as get along, succeed, go, and eat. Here are a few examples:

How did you fare on the exam?

The rookie fared well against the veteran players.

The travelers fared forth at dawn.

The noun has senses relating to the price charged a person to travel on a bus, train, boat, or airplane or in a taxi. Additionally, it serves as a word for a usually specified kind of food (e.g., "The restaurant serves Italian fare") and, by extension, to nonfood material provided for consumption or entertainment ("The new show is the usual teen fare").

In conclusion, fair and fare are orthographically and semantically different but phonetically and grammatically (only as nouns) the same. In one hand, there is fair, a noun for a kind of public event or gathering and an adjective for describing a person or thing as impartial, acceptable, moderate, attractive, among other descriptors. In the other, there is fare, a noun referring to payment or to food of the literal and metaphorical sort and a verb relating to experience, travel, or consumption. The distinctness of fair and fare in form and meaning is obvious when viewed separately. Yet, they share a pronunciation and part of speech, which, with all things considered, is the source of confusion for some writers who are unacquainted with the words.

For writers who hesitate at spelling out either fair or fare, the best action to take is committing the words' uses to memory. A dictionary, or this article, can assist in that endeavor. Remember fair is a noun, adjective, and adverb, whereas fare is a noun and verb. If an adjective (or adverb) is called for, fair is the word; if a verb is wanted, fare is the choice.

But What About 'Faire'?

Before we depart, a word on the spelling faire for the noun fair. It is an archaic variant that survives in modern English in the names of historically-themed fairs and especially Renaissance and Medieval ones at which "huzzah" is frequently shouted.