An old word with new developments

Although the adjective furry dates to the late 1600s with the meaning "consisting of fur," the derivative noun didn't take root in the English language until about the 1940s as the name for a fur-bearing animal (e.g., a bunny). A few decades later, the noun underwent a peculiar development in meaning. First, it began being applied as the name for a non-furry human who is a fan of furry animal characters—such as those featured in comics, cartoons, and games—that are humanlike in appearance and behavior. Furry then was used to designate a person who dresses up in a costume resembling such a character as well as an online user identified by an image of an anthropomorphic animal. These senses of furry are, perhaps, surprising to those unfamiliar with the community of furries that began to coalesce in the United States during the 1980s and 1990s, and into the 21st century. We're working on defining them. In the meantime, we'd like to enlighten the uninitiated. 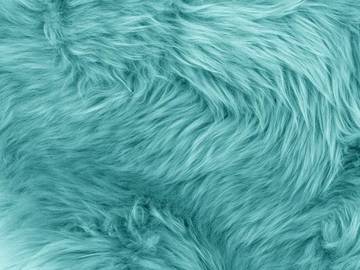 You're right, this isn't our natural hair color.

Adult interest in anthropomorphic animal characters isn't as unusual as one might think—actually, it goes back to childhood. Children have been entertained by humanlike animals for generations. A few standout examples are the decades of animated cartoons and movies produced by Walt Disney and Warner Brothers, classic animal stories like Beatrix Potter's The Tale of Peter Rabbit, and video games like Sonic the Hedgehog. Perhaps you enjoyed these diversions while eating a bowl of cereal promoted by a talking "silly rabbit" or a tiger named Tony. The fact is people from an early age have always been amused by anthropomorphic animals and evidently for furries the fascination with them burns strong beyond childhood.

What is a 'Fursona'?

What makes the furry community different from other fan-based ones (such as those of the comic or sci-fi genres) is that typically furries create personalized animal characters which are referred to as a fursona (a portmanteau of the words furry and persona). A furry's fursona is drawn from animals in nature or mythology that exhibit certain characteristics that they personally identify with, and they project their personalized fursonas, in appearance and behavior, in social interactions within the furry community in a variety of ways, such as through costume design, interactive role play, artwork, and creative writing. Some popular fursona species are the wolf, fox, cat, dog, tiger, lion, rabbit, and horse; hybrid mixes are also welcomed into the community.

In the broadest sense, a furry is someone with an interest in anthropomorphized animals — that is, animals who have been given human characteristics, like an ability to talk or walk on their hind legs.

That encompasses a wide spectrum, from people who are simply fans of TV shows and video games featuring anthropomorphic animal characters (like Sonic the Hedgehog or Pokémon), to people who develop a highly specific furry character ("fursona") they identify with, to "otherkin" who see themselves as not fully human on a spiritual or mental level.
— Dylan Mathews, Vox, 27 Mar. 2015

Furries are not always in costume. Only about 30 percent of LAFF [Lake Area Furry Friends] members (and about 20 percent of furries nationally, according to cultural studies and furry-convention organizers) wear full animal costumes to furry events. The rest merely accessorize. They add furry ears, tails, noses, feet or paws to their street clothing. Many furries just wear a badge that announces their fursona. … I met a 20-year-old custodian from Libertyville who was dressed as a fox and said, "There is the professional me, and there is the animal I can't show many people." But more common was 26-year-old tech-support worker David Rosario, who just wore a name tag. He said his name was Cavix and he was part tiger, part fox. He said he didn't have thousands of dollars for a costume (the often-cited reason for going fur-free), but spiritually he was Cavix.
— Christopher Borrelli, The Chicago Tribune, 11 Dec. 2013

Furry Martin and human Martin are pretty much the same being. The only difference is that one's human and the other is a blue wolf. Everything I do as a human (mannerisms/actions/sounds) are all stuff I do in my fursuit. I do get more cordial and energetic as wolf Martin. I love seeing people happy and wolf Martin easily fulfills that need. I decided on a wolf because I've always respected their raw primal power.
— Martin Freehugz, quoted on Vice.com, 12 June 2016

If you prefer movies, shows, or games featuring animal characters who behave and dress like humans, or have a humanlike animal as an online avatar, or like dressing up like an animal, it might just so happen that you identify as a furry—or it might be you simply admire the free, instinctual behavior of wild animals. We're not qualified to help you figure that out, but we have noticed that furry has come to signify a person showing interest in anthropomorphic animals, and we're working on giving definition to that sense of the term and its derivatives.