It’s a feeling familiar to many of us: You are hungry and growing hungrier with every passing moment. Your hunger is making you increasingly upset, irritable, angry. You are hangry. 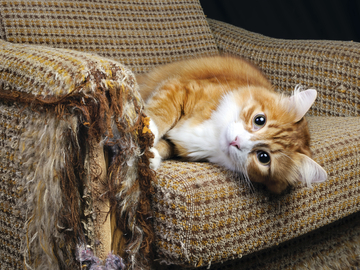 Extended hunger can have serious consequences. The word 'hangry' is a concise way to describe a common feeling.

Hangry is a clever portmanteau of hungry and angry, and an adjective that describes being irritable due to hunger. The first written use of hangry in our files is from a story in The London Magazine:

“Listen,” she says, “is hangry” (and this word of hers I remembered because hunger and anger I learned are one and the same). (Rebecca Camu, “A Splinter of Glass,” The London Magazine, December//January 1992)

Hangry didn’t come into greater use until the Internet gave it new life. It showed up first on Usenet, then other Internet forums, and eventually joined the pantheon of The Giffed, cementing its place in our online lexicon.

It’s moved offline as well—and with good reason. Hangry is a concise way to describe a common feeling, so it’s no surprise that it’s shown up in sources like The New York Times, the Chicago Tribune, SELF Magazine, Ebony, and Bon Appetit, as well as in broadcasts on CNN and NBC. Scientists have weighed in on hanger and whether it’s real or imagined, and the adjective has even been applied to bears.

The rise in use of hangry makes it a good candidate for future entry—provided people stay hangry.