A Marker of Class 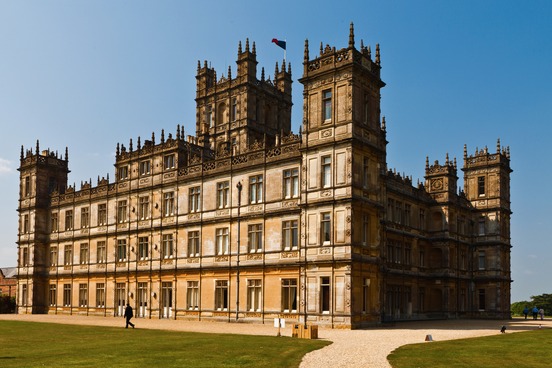 The creator of "Downton Abbey," Julian Fellowes, has made navigating English aristocratic manners and hierarchies a drama of its own, quite apart from sudsy plotlines. So we're celebrating the new film with an examination of one of the class markers he inserted into his TV scripts: the use of French words and phrases by the noble and wealthy characters.

Referring to her education, Lady Mary says: “All we were taught was French, prejudice, and dance steps.” When a character on Downton Abbey speaks French, they're signaling that they share that background. It's a way to show that a character belongs. 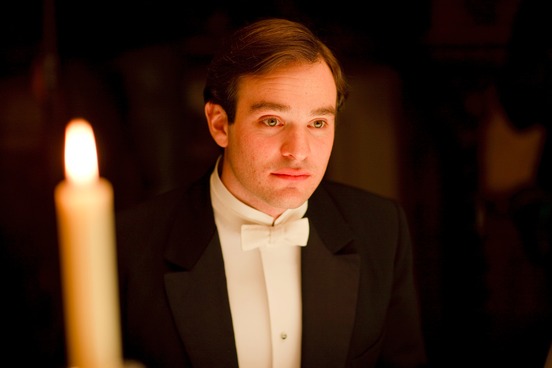 The association of French phrases with class begins in Episode 1, with a visit from the eligible Duke of Crowborough, who, it is hoped, might start a romance with Lady Mary.

“I’m afraid we’re rather a female party tonight, Duke,” apologizes Lady Grantham, to which the Duke replies: “No, I’m terribly flattered to be dining en famille.”

En famille means “in or with one’s family,” or, more broadly, “at home” or “informally.” 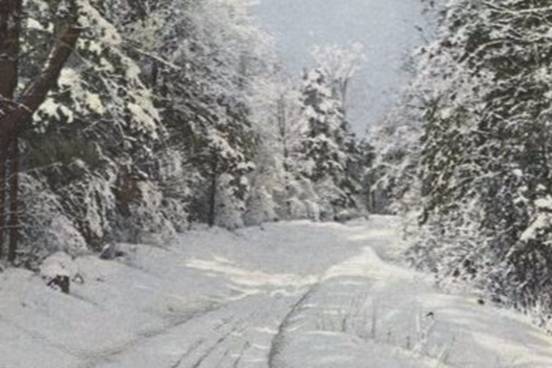 Lord Grantham’s sister, Lady Rosamund, is a wealthy widow who finds herself pursued by a charming but penniless aristocrat, Lord Hepworth. The British aristocracy being a small world, the Dowager Countess relates that chasing Crawley women apparently ran in the Hepworth family: “I knew his father in the late ‘60s. Mais où sont les neiges d’antan?”

Mais où sont les neiges d’antan is the refrain of a famous poem by François Villon, translated as “But where are the snows of yesteryear?” It’s used to express a melancholy nostalgia.

The translation is by the English poet Dante Gabriel Rossetti. Both the French d’antan and yesteryear originally simply meant “last year,” but today their meaning has broadened to “time gone by.” 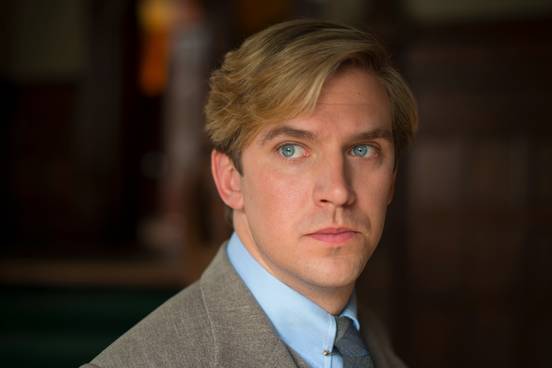 Out of respect for Mr. Crawley's wishes, he will be depicted fully clothed in this slideshow.

After Matthew and Mary return from their honeymoon in France in Season 3, they are awakened in bed together by a servant bringing tea in the morning. Matthew says: "It seems rather shocking for Anna to have to find me en déshabille."

En déshabille means “in a state of undress,” from the French verb that means “to undress” (déshabillé literally means “undressed”). The French noun déshabillé was formed from the verb; it originally meant “light garment worn at home” and came to mean “negligee” in modern French. The more common form of word in English is dishabille, pronounced \diss-ah-beel\, which originally meant “negligee” and came to mean “the state of being dressed in a casual or careless style” or “a deliberately careless or casual manner,” as it was used by William Makepeace Thackeray in The Luck of Barry Lyndon:

Intimacy increases by this artless confidence—you are admitted to a family en déshabille. 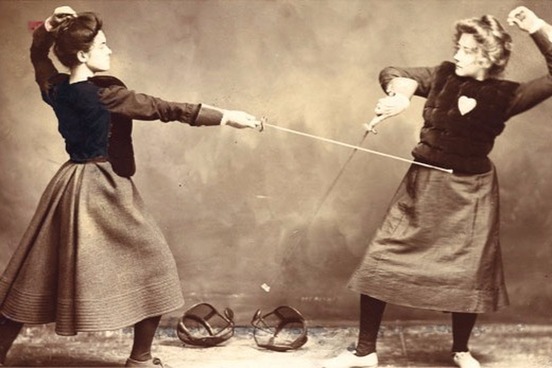 Tension is always present in the relationship of Lady Grantham and her mother-in-law, the formidable Dowager Countess played by Maggie Smith, but they truly locked horns (or maybe “crossed swords” would be the better metaphor here) in a dispute about local control of the village hospital. When, during a visit, Lord Grantham asks his mother to say hello to Lady Cora, the Dowager responds:

I have a feeling Cora and I will be saying hello rather less than en garde!

En garde simply means “on guard,” and is used as an announcement or exclamation before a sword duel or fencing match takes place. Some of the vocabulary of fencing is made up of French words, such as épée. 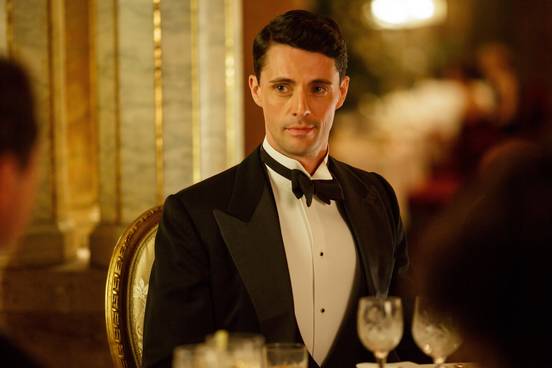 It makes perfect sense that an English gentleman like Henry Talbot would quote this famous poem. Despite the line in French, which is also the poem’s title, it was written by the English Romantic poet John Keats. When a character mentions that one of Lady Mary’s suitors from the first season, Evelyn Napier, is still single and pining for her (that’s 13 years of pining, according to the show’s chronology), she clearly expresses that poor Evelyn was pining in vain, to which Mr. Talbot responds:

La belle dame sans merci means “the beautiful woman without mercy or pity,” and refers to the lady of the poem, who seduces men only to destroy them. 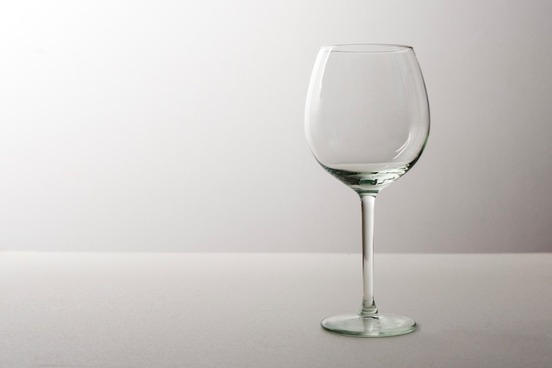 Just days before the wedding of Mary and Matthew, Mary’s godfather Lord Merton joins the Crawleys for a grand dinner with his son, Larry Grey. During the meal, the chauffeur-turned-son-in-law Tom Branson becomes argumentative about the political struggle between Britain and his native Ireland, appearing to be inappropriately drunk. It turns out that Larry Grey had spiked Branson’s cocktail—and that the bad manners were on the part of the snobbish aristocrat and not the upstart socialist.

When the ruse is revealed, Lord Grantham whispers to his mother the Dowager Countess: “Il ne manque que ça.” The phrase literally means “that’s all that’s missing,” but is used with dry irony to mean something closer to “that takes the cake.” 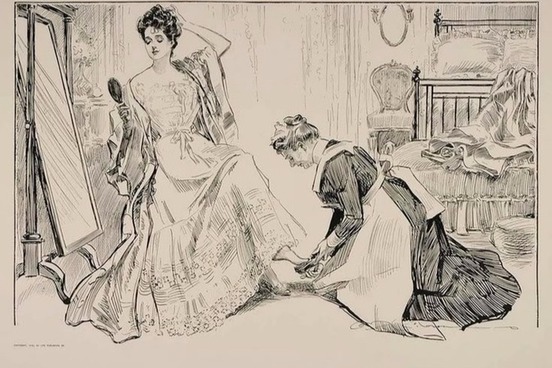 During a formal dinner at which Cora’s mother Mrs. Levinson is a guest, Mrs. Crawley begins to describe her new interest in charitable work helping former prostitutes in York. Cora changes the subject, saying “Some subjects are not suitable for every ear,” with a glance at the servants in the room. Her mother replies with: “Pas devant les domestiques?” The phrase means “not in front of the servants” and underscores that even though she is American and portrayed as a brash outsider, she is nevertheless a rich member of the upper class who has more in common with the aristocratic Crawleys that with the working class butler and footmen in the room.

Mrs. Levinson goes on to embarrass the servants as much as she’s embarrassed the family by saying: “Come on, my dear, Carson and Alfred know more about life than we ever will.” 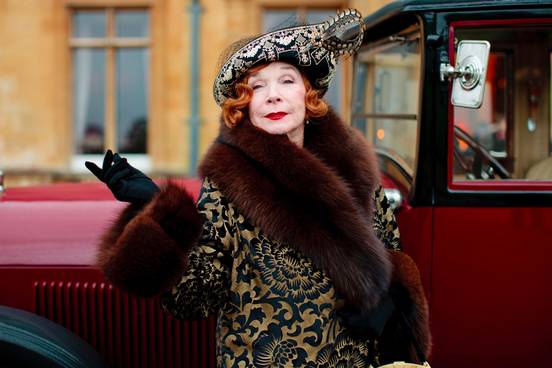 When Lord Grantham loses the estate’s fortune in a bad investment, Lady Mary and the Dowager Countess devise a scheme to convince Cora’s mother, Mrs. Levinson, to give more of her vast fortune to save Downton. Cora’s brother, Harold, comes up in the conversation, leading the Dowager to say that she always forgets that he exists, since Cora brought a considerable fortune to the family and only male children inherit in aristocratic families: “In England, there’s no such thing as an heiress with a brother.”

Idée fixe literally translates to “fixed idea,” and means “an idea that dominates one's mind especially for a prolonged period” or “an obsession.” It was first used in France to describe recurring melodies in music or the principal motivation or obsession of a character in literature before being adopted by psychologists to describe an irrational or inflexible belief that dominates a person’s thoughts. 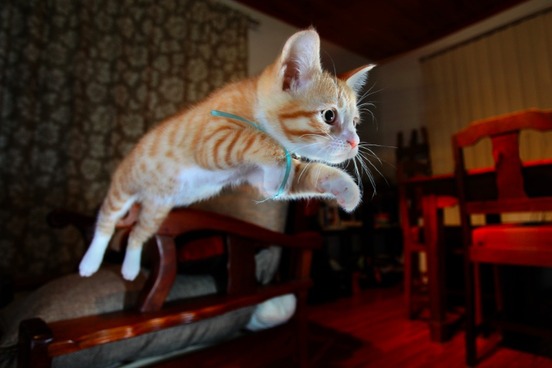 The Crawleys host Neville Chamberlain, then the Minister of Health, for a dinner at which the Dowager Countess hopes to recruit him to her side in the ongoing argument about local control of the village hospital. She asks Carson to change the seating plan so that Cora, rather than she, is next to him. Lord Grantham is puzzled and asks why she is refusing her privilege, to which she responds: “Il faut reculer pour mieux sauter,” which means “one must draw back in order to make a better jump,” or, in other words, she’s making a strategic retreat.

Reculer means “to move back” or “to step back” in French, and sauter means “to jump” or “to leap”; it’s the origin of the second half of the word somersault. 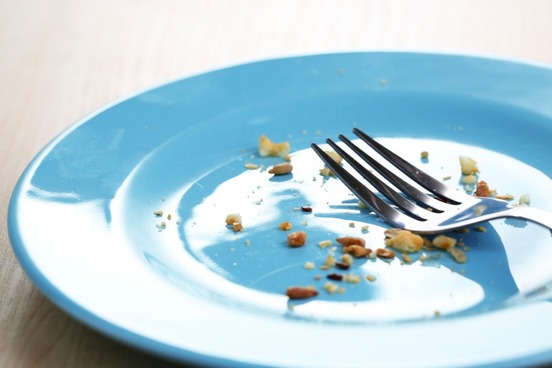 When it looks like Mr. Mason will lose his farming tenancy, Lady Grantham and Tom Branson decide that the right thing to do is to allow him to move to Yew Tree farm—even though the Crawleys had planned to use that land for themselves. The decision takes place while Mary is in London:

ROBERT: Shouldn't we wait for Mary?
TOM: No. I'll handle Mary. It'd be better if it's a fait accompli.
EDITH: We don't have to do everything Mary says. Not when we're all agreed.

Fait accompli means “something that has been done and cannot be changed.” The French words literally mean “accomplished fact.” 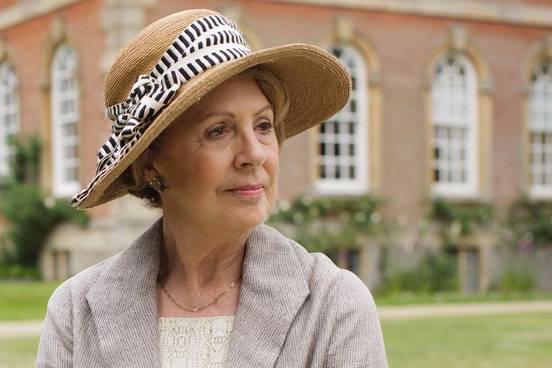 Mrs. Crawley closed a chapter on her romantic life when she refused Lord Merton’s marriage proposal because of objections from his sons, especially the ill-mannered Larry Grey. When Larry’s fiancée Amelia Cruikshank approached her with offers of friendship and a wedding invitation, Isobel was confused and intrigued. They met and had the following exchange:

AMELIA: I hope you don't mind my saying that you seem very suspicious. ISOBEL: Do I? But you must admit, your attitude is quite a volte-face. AMELIA: I want Larry's father to be content. Is that a volte-face?

Volte-face means “a reversal in policy” or “about-face.” It actually came to French from the Italian phrase volta faccia in the 1600s, literally meaning “about-face.” Its figurative meaning “to change opinion” began in the 1800s, not long before it came to be used in English.

MORE TO EXPLORE: What is an Almoner? Cousin Isobel has a new title 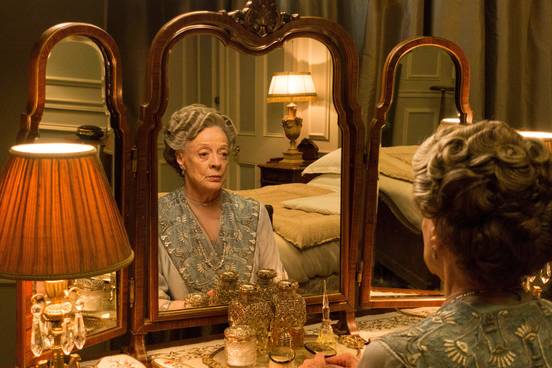 Noblesse oblige means “the obligation of honorable, generous, and responsible behavior associated with high rank or birth.” In some sense, it’s what the whole show has been about. In one of her trademarked pithy statements, the Dowager Countess once said: “An aristocrat without servants is about as useful as a glass hammer.” Some criticisms of the show over the years have been that it paints a rosy picture of the past: the servants are too happy; the nobles are too nice; there are too many anachronisms of language to count.

But even if the show was just a guilty pleasure for some, the reasons for its success are all tied to class: the elegance of that life in the splendor of that castle and the gentle, well-mannered mirror of a rigid class system that drives political debates to this day. The French had a revolution in order to overturn that system, but their language remains as a marker of class in every episode of Downton.

After all, aristocracy is a French word. And so is abbey.

Words We Stole from the French 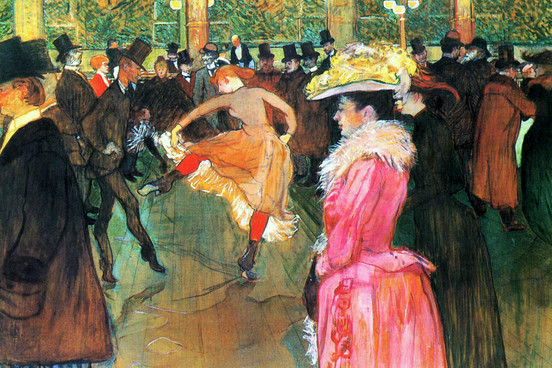 Photo: Henri de Toulouse-Lautrec, "At the Moulin Rouge, The Dance"

Some of which mean different things in English
SEE THE LIST >