Fatal and fateful: they look similar, sound similar, and appear in similar contexts. Those who give advice on such matters will lay out clear boundaries between the two for you to observe, but we’re here to tell you it’s murkier than most of them would like to admit. So be careful where you step. 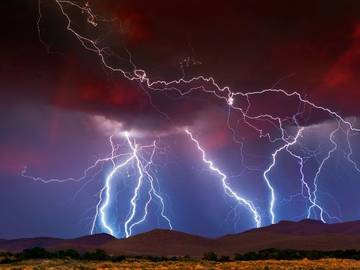 The most common meaning of 'fateful' is "involving momentous consequences; portentous"—a sense often shared with 'fatal.'

Fatal is the original adjective for fate, and it can carry the usual simple relational sense: the Fates are "the fatal sisters." These days, however, fatal most often is used to mean "causing death," as in "a fatal accident" or "a fatal wound." The word is also frequently used with meanings that are an extension of this use, where it is destruction or ruin—a hair or more short of a death-dealing variety—that is the dreaded result. For example, in "a fatal attraction to gambling," the attraction is one that brings financial ruin rather than death; in "a fatal design flaw," the design flaw is so major that it causes the design to fail. In any case, the situation with fatal is bad.

All clear so far, right? Well, here's where we introduce the first bit of murk: fateful has also historically been used in this “causing ruin or destruction” sense:

He hath loosed the fateful lightning of His terrible, swift sword.
— Julia Ward Howe, "The Battle Hymn of the Republic," 1862

This is not a common function of fateful, though, so don’t let it be too worrisome. There’s worse murk ahead.

Back to fatal: those of us who use the word are likely quite comfortable with it being used to describe wounds, attractions, flaws, and the like. What might make us less comfortable, however, is using it to mean "involving momentous consequences; portentous," as in “a fatal decision.” Assigning that meaning to fatal would make it synonymous with the most common meaning of fateful. People who give advice about these sorts of things don't like fatal to do this job. But—murk alert—it does. And it has since the time of Chaucer. We'll spare you the examples from Middle English, and just throw out some from the past 300 years:

... if I had been superstitiously inclined to observe days as fatal or fortunate …
— Daniel Defoe, Robinson Crusoe, 1719

... the constable had orders to take him into custody and lodge him in prison.... The news of this effectually frightened him, and he delivered up the 14 negatives ... before the fatal day arrived.
—Lewis Carroll, letter, 11 Nov. 1886

... ever since she had got back to the Vassar club that fatal morning …
— Mary McCarthy, The Group, 1963

… grim as Ms. Gillis's life becomes after that fatal night when the television set is so rudely flicked off.
— Barbara Ehrenreich, The New York Times Book Review, 27 July 1986

In her lecture for the show, its distinguished curator, Carol Ockman of Williams College, related the images to themes of death and trauma, helping to explain why Warhol linked them with images of Jackie on that fatal day in Dallas.
— Robin Lane Fox, The Financial Times, 2 Mar. 2018

Of course none of this makes fateful—the word typically recommended (and typically used) in these contexts—any less able to do the same work:

And now this fateful interview had come to a close. The dell was to be left in solitude among its dark, old trees, which, with their multitudinous tongues, would whisper long of what had passed there …
— Nathaniel Hawthorne, The Scarlet Letter, 1850

Every car that had passed through the village on the fateful day was tracked down.
— Agatha Christie, The Secret Adversary, 1922

... the Fuehrer actually made his fateful decision to declare war on the United States on December 9 …
— William L. Shirer, The Rise and Fall of the Third Reich, 1960

Who could fail to be charmed by Korda's account of how he met his wife, Margaret, in Central Park, where they both rode their horses early in the morning, one going clockwise, the other widdershins, until the fateful day when they found themselves going in the same direction "and after that, things accelerated"?
— Maxine Kumin, The New York Times Book Review, 22 Apr. 2001

Fateful is indeed the usual choice in contexts like these. Also worth noting is that fateful, unlike fatal in such contexts, sometimes has a neutral, if not quite positive, connotation:

I ran to the box and, I'm embarrassed to say, my heart was pounding. The fateful envelope was there.
— Susan Guzman, The New York Times, 9 Apr. 1989

Take Sigmund Freud's theory, for example. In a footnote to Civilization and Its Discontents, Freud traces the control of fire to the fateful moment when man—and by "man" in this case he really means man—first overcame the urge to extinguish whatever fires he chanced upon by peeing on them.
— Michael Pollan, Cooked: A Natural History of Transformation, 2013

This murkiness doesn’t mean that the boundaries between fatal and fateful are indistinguishable exactly. It simply means that the evidence shows that the boundaries are shared in some places. Lambasting someone for using fatal to mean “portentous” isn’t justified, but choosing to use fateful in such cases makes good sense, since it is the more common choice and is therefore less likely to distract your audience.