What's the difference between 'historic' and 'historical'?

And should you use 'a' or 'an' before each one?

Historic and historical have been used interchangeably over the years, but have taken on separate roles in most cases. Historical is used as the general term for describing history, such as 'the historical record,' while historic is now usually reserved for important and famous moments in history, such as 'a historic battle.' If you're worried about whether you should use a or an before either word, they both are fine, but a is more common.

Historic and historical: what a pair. First off, there's the question of whether to use a or an before them. Both a and an are used, but a is far more common—as much as four times more common in American English, by some measurements—which is what you'd expect for a word that, like habit and hero, begins with an audible \h\. 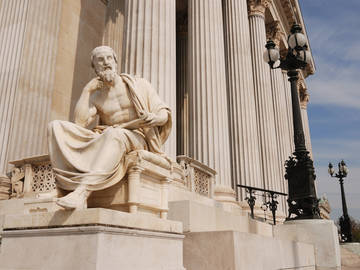 At their core, 'historic' and 'historical' are simply variants of the same word. However, over 400+ years of use, they've mostly settled into distinct roles.

As for which word to use where, the answer is similarly complicated.

The two words are at their core simply variants, but over 400-plus years of use, they've mostly settled (emphasis on "mostly") into distinct roles. Historical is the typical choice for the broad and general uses relating to history. It's the one used to modify words like museum and society, and it's the one found in contexts like these:

… how much did Shakespeare's "Henry V" have to do with the historical monarch who fought the battle of Agincourt?
— Andrew O'Hehir, Salon, 7 Oct. 2015

George Washington, who has been cited as the first American to have made historical note of the avocado, wrote of encountering "agovago pairs" on a trip to Barbados in 1751.
— Andrea Nguyen, Saveur, August/September, 2007

Historic is most commonly used for something famous or important in history:

It has been billed the most historic and oldest regatta in the county….
— Sue DeWerff, Florida Today, 16 May 2013

People who write about matters such as these tend to pretend that the differentiation is more absolute than it is; there are, in fact, instances to be found in which skilled writers apply one word where the other is typically found, and vice versa. Still, the distinction outlined above is a good one to follow if you want to communicate efficiently with your reader.

MORE TO EXPLORE: The Difference Between 'Centenary' and 'Centennial'