Commit these to memory before you start your evening out 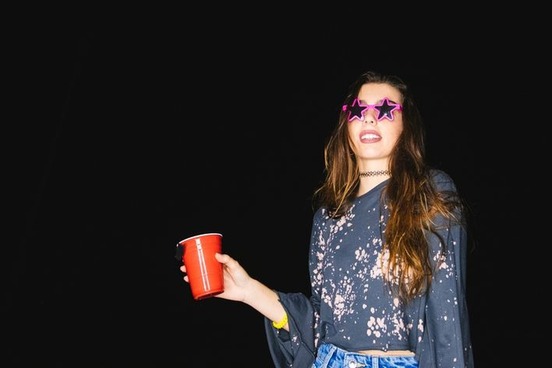 Sometimes you don’t want to say half-drunk in response to the query “How are you?” Likewise, “mildly squiffed,” “almost sozzled,” and “less than half-seas over” lack the requisite gravitas. In such situations you might employ drinky.

In the City Court yesterday morning four or five cases of drunks were up for adjudication. The usual explanation, “Just started home, met a friend, took a drink; don’t think I was much drunk—sorter drinky.”
— Daily American (Nashville, TN), 7 Feb. 1886 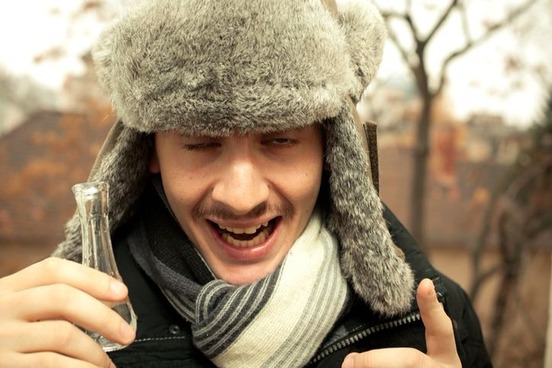 Definition - to an excessive degree (as in drinking)

This charming little way of describing a significant intake of potables is thought to have come from the Dutch op zijn Fries, meaning literally “in the Frisian manner.” We do not ourselves have any opinions as to what constitutes the Frisian manner.

Hear'st, thou dow-belly, because thou talkst, and talkst, & dar'st not drinke to me a black Jack, wilt thou giue me leaue, to broach this little kilderkin of my corps, against thy backe? I know thou art but a mycher, & dar'st not stand me. A voni, monsieur Winter, a frolick vpsy freese, crosse, ho, super nagulu.
— Thomas Nash, A Pleasant Comedie, 1600 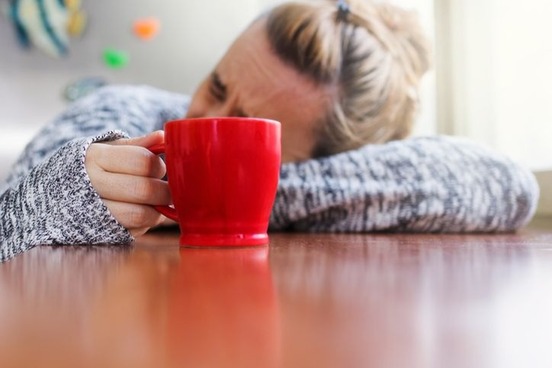 Definition - sickness occasioned by intemperance (as in food or drink)

The adjectival form of crapulence, should you ever have need of such a word, is crapulous. Neither crapulence nor crapulous have any etymological connection to the word crap; they come from the Greek word kraipalē, meaning “intoxication, drunken headache.”

We got some looks at the refresh of the six-decades-old lair of crapulence and, I have to say, it's no longer a "dive bar," but it's got a divey swank to it.
— Faiyaz Kara, Orlando Weekly, 11 Jun. 2019

The earliest use of crapulence in English, in the late 17th century, was with the meaning “great intemperance especially in drinking," and the “hangover” sense followed after a century or so of such intemperance.

One cannot without blushing make mention of the Usury, Avarice, Crapulence, and Dissolution of the Priests; of the licentious and villanious Debaucheries of the Monks: the Luxury, Pride and vain Expences of the Prelates; the shameful sloath, gross ignorance, and superstitions both of the one and the other.
— François Eudes de Mézeray, A General Chronological History of France (trans. by John Bulteel), 1683 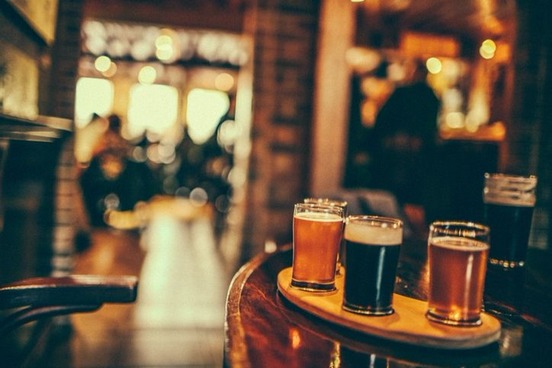 Definition - a place for drinking liquor

Drunkery has been used as a somewhat jocular term for “place where one gets drunk” since the early 19th century. One of our earliest records of the word comes from an Ohio newspaper in 1835 (in which, we are compelled to note, it seems that Ohioans at that time were able to distinguish between “dead-drunk” and “so drunk as to be unable to leave the bar”).

A man who passed the field of battle in the evening, reports that he witnessed but eight that were dead-drunk, still, there were about sixteen so drunk that they were unable to leave the drunkery.
— Ohio Observer (Hudson, OH), 29 Jan. 1835

Drunkery appears to have been most commonly employed in the mid-to-late 19th century. The following citation is provided both to further illustrate the proper use of the word, and also to illustrate a great way to write a lede.

Titus, the coward and bully, and the proprietor of a drunkery in Kansas City, has been ordered to leave that city.
— Kansas Herald of Freedom (Council Grove, KS), 15 May 1858

Hair of the dog (that bit you) 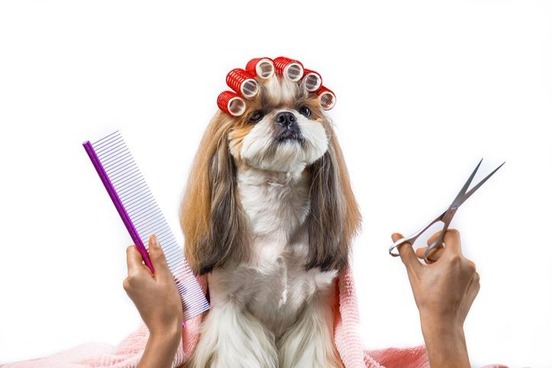 Pair it with a Brunson Bellini, which amps up prosecco, lemon juice, and a quince purée with Buffalo Trace bourbon for optimum hair-of-the-dog relief. Then again, a pork breakfast burger, complete with bacon and a fried egg, does sound tasty…
— Chloe Barrett, 5280.com, 9 Mar. 2020

We have been referring to the intake of spirits to make one feel better after having had enough to make one feel worse as hair of the dog that bit you for a very long time. The earliest known printed reference to this comes in a book of proverbs, written by John Heywood in 1546.

This felow calde, what how felow, thou knaue,
I praie the leat me and my felowe haue
A heare of the dog that bote vs last nyght.
And bytten were we both to the brayne aryght,
We sawe eche other drunke in the good ale glas,
And so dyd eche one eche other, that there was.
— John Heywood, A Dialogue Conteinyng the Nomber in Effect of all the Prouerbes in the Englishe Tongue, 1546

The phrase has been in fairly common use ever since. And while it may have a colloquial sound to it, hair of the dog may be found in such august works as Edward Eizay’s Apollo Mathematicus. To be honest, this book was not really that august; subtitled “The art of curing diseases by the mathematicks according to the principles of Dr. Pitcairn,” it appears to be filled with questionable remedies. 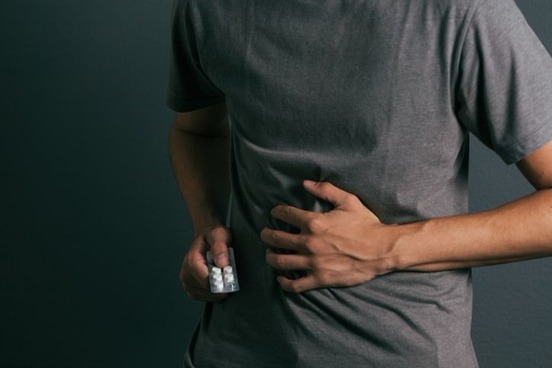 Etymologists are not at all certain about the origin of this charming reduplicative word, although one possibility is that it is an alteration of delerium tremens. More common in the 19th century, jimjams was also used to refer to a state of depression.

Secretary Seward has got the “jim jams” badly, and has been sent to the Insane Asylum.
— The Commercial Bulletin, 8 Feb. 1868

But perhaps Mac had been “stuck” with a pile of worthless mining stock, and fired the fatal bullet to defend himself against paying any further assessments….or perhaps he was too fond of the bottle and sometimes trouble with the “jim-jams,” and only committed suicide for fear that in a fit of delirium tremens he might some day kill himself.
— The New York Times, 4 Sept. 1867

Three sheets to the wind 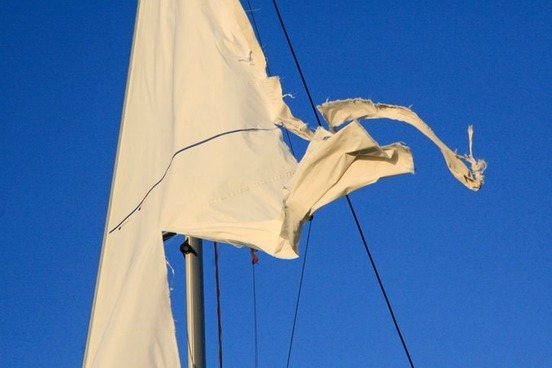 The whiskey blade has been harvesting, and as usual moistened his clay too freely with the juice of the rye, until he was about three sheets in the wind, when returning from the field in the zig zag line.
— Herald of Liberty (Washington, PA), 13 Aug. 1798

However! This does not mean that you cannot be some other number of sheets to (or in) the wind. Our records indicate that you can be two, four, five, or really any number you want.

First of all, sir, you must know I have been on a spree, and am about two sheets in the wind, and have lost my reckoning.
— The Christian Intelligencer (New York, NY), 8 Jan. 1842

And then they were nearly all most “deeply, darkly, beautifully blue,” inasmuch as the allowance they had taken was fully sufficient to last them over the night, and still keep them four sheets in the wind.
— Boston Daily Bee, 6 Jan. 1843

Mr. Hall did not deny that he had been four or five sheet in the wind or that he curled up in a stairway and went to sleep, because the sidewalk looked altogether too steep and “jiggly” to walk upon.
— Daily Nonpareil (Council Bluffs, IA), 22 Sept. 1922

After some more talk he asked me to keep it quiet and then told me that on the Sunday before he was six sheets in the wind and that he had gone to Waukegan with Miss Forster and married her.
— Milwaukee Journal Sentinel, 12 Oct. 1926

They drank nothing but champagne, and as they commenced several hours before 1884 expired they were about nine sheets in the wind when ’85 arrived.
— Wheeling Register (Wheeling, WV), 8 Feb. 1885 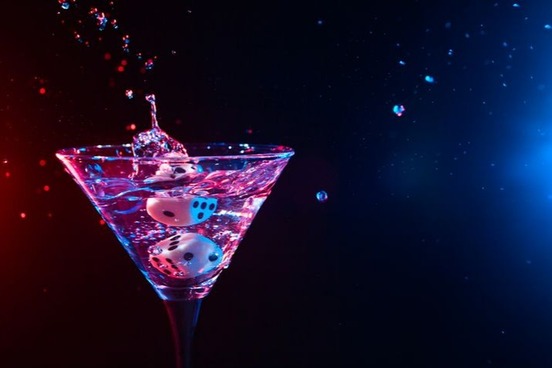 Definition- an old Scottish game of forfeits at drinking

High jinks (also written as hijinks) is today most often used in the sense of “boisterous or rambunctious carryings-on; carefree antics or horseplay,” similar in application to shenanigans. However, the earliest use of this word, dating back to the 17th century, was for a drinking game. Dice were involved, and drinking as well; the game does not appear to have entailed much use of strategy.

O mortal men! is Eating all you do
At Christ-tide? or the making Sing-songs? No:
Our Batt can dance, play at high Jinks with Dice,
At any primitive Orthodoxal Vice.
Shooing the wild Mare, tumbling the young Wenches,
Drinking all night, and Sleeping on the Benches.
— John Speed, Batt upon Batt, 1680 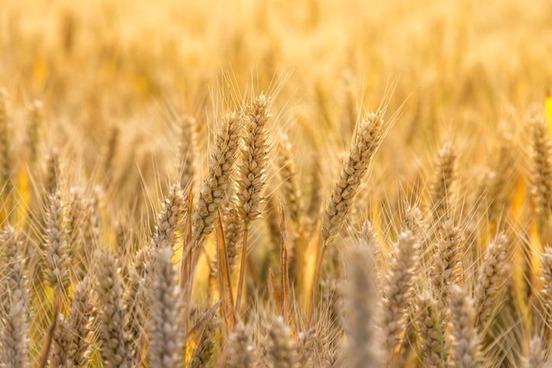 definition - A fit of drunkenness or bad temper caused by drinking

Few people are glad when they have an opportunity to use the word barleyhood, since it is often most applicable when in the company of a mean drunk. Be that as it may, should you have the misfortune of being in such a situation, it is always better to have the appropriate vocabulary with which to describe it. Barleyhood, which is of Scottish origin and now quite obsolete, will serve you well.

What tho’ sometimes in angry mood,
When she puts on her barlichood,
Her dialect seems rough and rude.
— Allan Ramsay, The Gentle Shepherd, 1780

Up Next
7 Uncommonly Doubled Letters
More Words At Play