Essential means "of or relating to essence" or more commonly "of the utmost importance." If something is not important, nonessential, inessential, and unessential are all acceptable terms, although nonessential is the most common and the term you will hear the most when referring to "nonessential personnel or workers." 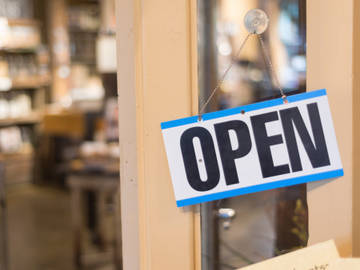 The COVID-19 pandemic has wrought considerable upheaval and raised numerous questions in the past several months. Entire industries have been shuttered, in an attempt to prevent the spread of disease, and governments in many countries have dictated that only stores deemed essential should remain open. What makes a store (or occupation) essential, and what do we call those which do not merit this descriptor? Is it nonessential, unessential, or inessential? As a dictionary we shy away from making pronouncements as to whether your liquor store or your haberdashery should more properly be considered essential, but we can tell you something of the word itself.

Essential has been part of English since the 14th century, and may be traced to the Latin word for essence (essentia). The earliest sense of the word in English was, unsurprisingly, strongly connected to its Latin origin; essential first meant “of, relating to, or constituting essence”. The common modern use (“of the utmost importance”) began to be used in the 16th century.

Words for "Not Essential"

Nonessential, unessential, and inessential appear to have entered use in the first half of the 17th century; all of these words in early use carried the meaning of “not essential.”

If the efficiencie was in Paul singularly, and in the Presbyterie by a bare concurrence, as you say it seems; there using of it then, makes nothing at all for our using of it now, unlesse we had such concurrence: and then Laying on of hands in these times is not only non-essentiall, but unlawfull.
— Lazarus Seaman, The diatribe proved to be paradiatribe, 1647

And to the ende that no man may conceaue these new Traditions to be spungie & of no weight, unnecessary, or unessentiall to christian Religion, he speakes directly, that the new Traditions are touching faith and manners….
— Pierre Du Moulin, A learned treatise of traditions (trans. by G. C.), 1631

An inessentiall part is an additament, which indeede somewhat bettereth and helpeth the Inuention, when it is added to the maine complement of the Machin, or Engin, yet being lacking and not vsed, it taketh not away the opperation or worke of the inuention or engin.
— Simon Sturtevant, Metallica, 1612

All three of these words still have the meaning of “not essential,” although each has secondary meanings that are not shared by all of them. Inessential and unessential are also defined as “having no essence” and “void of essence,” respectively, and nonessential also means “being a substance synthesized by the body in sufficient quantity to satisfy dietary needs” (as in nonessential amino acid).

If you’re wondering which one of these three is more apt for use in a pandemic you are always safe in choosing nonessential. This word is far more common than unessential and inessential, and when referring to people that needn’t come to work, or places that needn’t be visited most will choose nonessential personnel and nonessential travel. But the three words are largely synonymous, and so if you want to refer to your local liquor store or haberdasher as inessential or unessential there is nothing to stop you from doing so.