In seismology, the epicenter is the place on the surface of the earth above the origin of an earthquake, whereas the hypocenter is the actual starting point within the earth. Epicenter, rather than center, is frequently used figuratively to add rhetorical flair when something is located at the center of an activity, crisis, etc., as it carries the notion of geologic consequence. 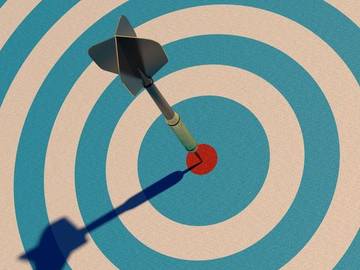 What Does 'Epicenter' Mean?

Deriving from Greek by way of Latin, the prefix epi- means “upon” or “over,” among other things. So it makes sense that the epicenter sits above the site where the activity of the earthquake takes place.

The weak earthquake was recorded at 12:02 p.m. with the epicenter located not far from the intersection of Retta Mansfield Road and Lillian Road in rural Rendon.
— NBCDFW.com, 8 July 2019

We occasionally see epicenter used figuratively to mean “center”—essentially, the place where an activity is localized:

Vienna, he realized, owing to its peculiar "bourgeois crisis," was the epicenter of this great convulsion, as it was also the cradle of psychoanalysis; and so he concentrated his study on the Viennese experience.
— Hugh Trevor-Roper, The New York Times Book Review, 27 Jan. 1980

In September 1989, Walter Yetnikoff, freshly out of drug rehab at the Hazelden Clinic, found himself at the epicenter of a multi-billion-dollar deal.
— Kim Masters et al., Vanity Fair, June 1996

Home to more than 150 wineries, Walla Walla Valley is the epicenter of wine tourism in Washington state.
— Wine Enthusiast, November 2013

When Walker County was identified as the epicenter of Alabama’s opioid crisis, it was no surprise to residents who watched as drugs brought death and devastation down upon their families, neighbors and communities.
— Ashley Remkus, AL.com, 29 July 2019

After all, should the worst happen, which of course it would not, they were already at the epicenter of a swarm of cardiologists!
— Peter Straub, “Mr. Aickman’s Air Rifle,” 2007

While this use is very common, it has been the subject of criticism by usage commentators. Part of the reason has to do with its drift from the word’s seismologic origin—when speaking of earthquakes, the center and the epicenter are not the same thing. An epicenter is located above, not amidst, where the activity of the earthquake takes place.

Another basis for the objection is that center doesn’t seem like a word that should require any enhancement. Ideally, something is situated at the center or it is not. Sure, you can speak of something being located in the exact center—as a bull's-eye sits in the exact center of a dartboard, which implies that there is a notion of an approximate center.

But the fact that center can be used without concern for geographic exactness (as in “a restaurant in the center of town”) generally doesn’t require center to be modified in a way that makes it more of a center than something else. Nevertheless, sometimes people fall into the kind of speaking habit where they want to enhance a word for a rhetorical purpose: it’s not just the center of the activity, it’s the epicenter.

The thought behind this use seems to be that adding the extra syllable might somehow enhance the meaning of the original word. (This manner of speaking could fall into the same category as penultimate, which some speakers try to use to mean “the most ultimate,” even though penultimate carries a meaning already distinct from ultimate.) But even though this sense of epicenter is defined as, simply, "center," it's still English we're talking about here: superfluous prefixes are rarely a disqualifying feature.