Our (Almost) Final Word on 'Penultimate'

The ultimate guide to using penultimate.

Many people confuse penultimate with ultimate, as though the former word was formed by adding an intensifying prefix to an existing word, a prefix whose only purpose was to indicate "this is that word that I meant to use, but much more so." Alas, while it would be very nice to have a word or prefix that we could carry around with us that would make the colors brighter, food taste more flavorful, and give words an additional feeling of heft, that is not the role of the pen- in penultimate; it is simply a prefix, which in Latin carried the meaning of "almost." 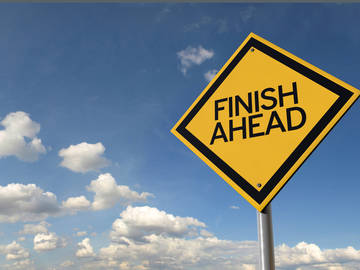 While penultimate has an extremely limited range of meanings (it always refers to the next-to-last of something) ultimate can mean a number of different things, ranging from "fundamental, basic" to "utmost" to "farthest." There is a considerable amount of evidence of penultimate being mistakenly used to mean all of these things.

The penultimate insult to my dad's world view was the portrayal of fathers on television.
—Ray Smit, Parksville-Qualicum News (Parksville, BC), 17 Feb. 2012

This particular lady lived for ten years or so after making this thundering observation. As was her way, she managed to cram a pile of living into her penultimate days.
—Charles McCabe, The Charleston News and Courier (Charleston, SC), 22 Apr. 1973

An enormous on-stage battle pits an army of monkeys against an army of giants in a penultimate struggle between good and evil.
—Daniel Burstein, The Christian Science Monitor, 9 Feb. 1982

Those expenses were followed by an embarrassing expenditure of $16,000 to fly and house Reid's Richmond based campaign manager back and forth to Victoria (which prompted Reid to announce she won't be doing this anymore) and finally, the penultimate embarrassment of the involvement of the RCMP in security upgrades to Reid's constituency office, to the tune of $79,000 (exactly how was her kitchenette and washroom made more secure during these renovations?).
—Sharon Hales, Richmond News (Richmond, BC), 1 Oct. 2014

So how do you go about differentiating between ultimate and penultimate? Well, you could just remember that they are different words, which have different meanings, the same way you remember to not say you feel pensive when you feel ebullient, but what's the fun in that?

You could instead try to remember that penultimate is very similar to the penultimatum. A penultimatum is the demand you give right before the ultimatum ("a final proposition, condition, or demand").

It is whispered that the last messenger to the court of Spain carried the Antipenultimatum of the British minister; that the Penultimatum will be sent about Christmas next; and that, when the spring shall be so far advanced as to permit a junction between the fleets of Spain and France to those of Russia and Sweden, the real Ultimatum will be dispatched.
—The Pennsylvania Gazette, 5 Jan. 1791

He had read the papers with care, and he had not found that the Dual Note, which he would not call the ultimatum, but the penultimatum (a laugh) was sent at the instance of the Chamber of Notables.
—The Times (London, UK), 28 Jul. 1882

But M. Delyannis knows as well as we do that the first steps towards these things—retirement from the frontier, change of tone in speeches, and so forth—could be done not only within eight days, but within eight hours, and that he has only got to make such a beginning, and honestly follow it up, in order to satisfy the demands of the ultimatum—to be exact, of the penultimatum, which, for aught we know, will find itself an antepenultimatum before long—and to terminate or begin the termination of the whole matter.
—The Saturday Review (London, UK), 8 May, 1886

Should the attempt to introduce obscure polysyllabic words into your vocabulary somehow not manage to help you distinguish between penultimate and ultimate you could instead remember that while there are a number of words in English with a prefix that either intensifies the meaning or changes it very little (habitable/inhabitable, valuable/invaluable, and yes, regardless/irregardless) this number is small, and does not include any words beginning with pen. And in case you were wondering what penultimate looks like when used correctly, here is an example:

I don't know. Sometimes you lie
and then you call it art. The man said
'Are you working on a novel?' and
I said, YES, O YES, YES I AM, YES.
And he said 'I hope it's one of your
Inspector McMillan novels. I just
love his jutting jaw, and the way
he solves it on the penultimate
page, leaving the last page free
for recipes.'
—Ian McMillan, Death's Feet (from Dad, the Donkey's on Fire), 1994