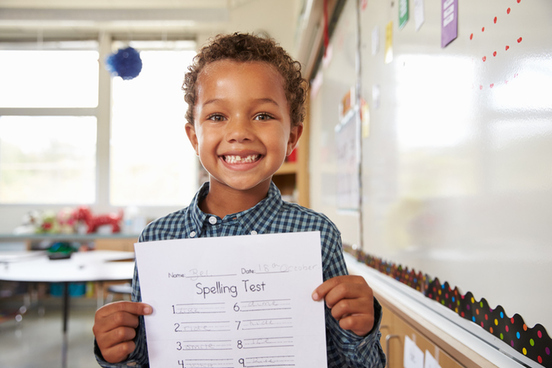 'Reduplication' is the process of repeating a word ('goody-goody') or adding another that sounds very similar.

The English language has an ability to take a serious sounding word and make it sound less so. One way this is accomplished is through repeating a word (goody-goody), or adding another one that sounds very similar (palsy-walsy). This process may be referred to as reduplication; when the second word is a rhyme, rather than a repetition it is called a rhyming compound, or a reduplicative.

We have been creating these playful variants for hundreds of years now. Some manage to enter mainstream usage helter-skelter, while others have fallen into relative disuse (skimble-skamble).

What follows is a list of ten such rhyming compounds, all of which are likely to make people take you less seriously when you use them. 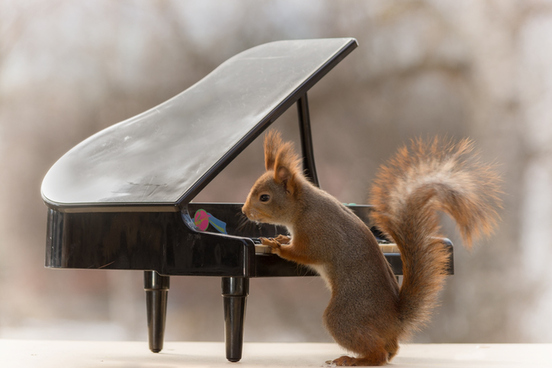 Easy-peasy is one of our more recent reduplicatives, dating from the mid-20th century. The word is primarily found in British use (and is often seen in the company of “lemon-squeezy”), recorded in the UK from the 1960s, frequently in children’s slang (yes, children can have slang). However, the earliest record of use that we have comes from the United States, written by an adult theater critic in Cincinnati.

The flight is such an easy-peasy affair for the air travellers, they seem to be motionless in a fantastic and lovely, sun-drenched cloudland.
—E. B. Radcliffe, The Cincinanti Enquirer (Cincinnati, OH), 17 Jan. 1953 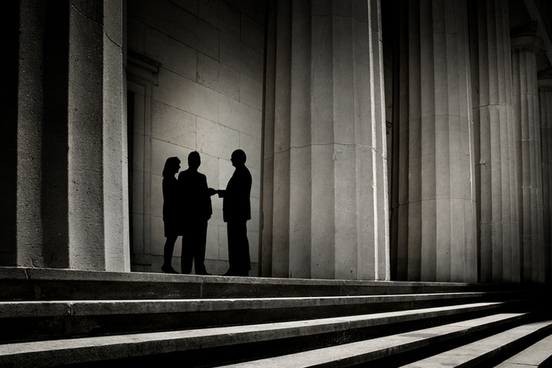 A few years ago the late Supreme Court justice Antonin Scalia provided a thrill for lovers of reduplication, when he used jiggery-pokery in a legal opinion (“The Court’s next bit of interpretive jiggery-pokery involves other parts of the Act….”). Careful observers noted that this was not the first time Scalia had indulged his penchant for using this kind of word in his writing; he used hodge-podge in 1991, and argle-bargle in 2013.

Scalia may have been a touch more fond of using rhyming reduplication than most Supreme Court justices, but he certainly was the not only one to indulge in the practice. Justice Tom Clark wrote in 1961 that “the court below might take note of preceding cases which indicate that the railroads have played hanky-panky with their rates”; William Douglas (and several others before him) used hocus-pocus in a court decision in 1960, and William Taft wrote in 1922 of a man’s “attempt to evade his obligation by a hugger-mugger of his numerous corporations.” 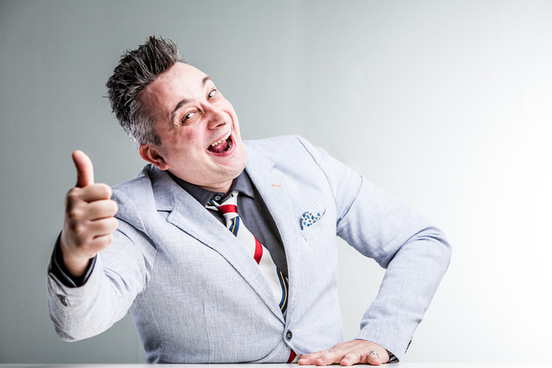 Perhaps due to its definition seeming to give an association with underhanded types, flimflam has the feel of modern slang (or at least it sounds like the kind of word that might have been created by flappers and bootleggers during the Jazz Age). However, it is a fairly old word, dating back to the early 16th century.

Though sayth he (Sir your boke be wyse, and ful of learnyng, yet peraduenture it wyl not be so saileable) signifying indéede that flim flames, and gue gawes, be they neuer so sleight and slender, are soner rapte vp thenne are those which be lettered and Clarkly makings.
—Tho. Drant (translator), Horace His Arte of Poetrie, Pistles, and Satyrs, 1567 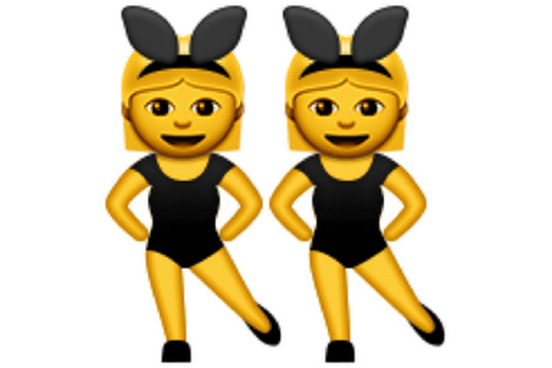 Definition: a dance performed by women that was once common in carnivals and fairs and marked by a sinuous and often suggestive twisting and shaking of the torso and limbs

There are a lot of different ways to spell hootchy-kootchy: you may use hootchie–kootchie, hootchy–kootch, hoochie-coochie, hoochy-koochy, or almost any other assembly of hoo- & koo- sounds. The origins of the word are about as clear as its orthography.

The earliest record we now have of hootchy being used in conjunction with kootchy is from 1874, in which the words are employed in a verse.

Ham fat! Ham fat!
Smokin’ in de pan,
Hootchy, cootchy, ham fat man,
Is the most popular refrain in this city just now. It is owing to the fact that Monday all the butcher shops closed business; hence the people have to fall back on ham, bacon, salt beef, salt and fresh fish, and dried beef.
—The Tiffin Tribune (Tiffin, OH), 28 May, 1874

The above refrain may have been the most popular in the city of Tiffin in 1874, but the bloom soon faded on that rose, and hootchy-kootchy soon began being used in other contexts, and with an occasionally puzzling variety of meanings.

Let no young man, however good a nurse, however, expert a goo-gooer and hootchy-kootchier, ever take a baby unless the doors and windows have been barred, and there is no way for the supposed mother to escape.
—The Westmoreland Recorder (Westmoreland, KS), 4 Oct. 1888

As fat and funny as formerly, Billy Rice looked like old times, though he said he only felt “hootchy kootchy.”
—The New York Herald (New York, NY), 3 Nov. 1885

By the end of the 19th century the dance known as the hootchy-kootchy had begun to scandalize the sorts of people who are prone to being scandalized by dances, and had achieved enough notoriety that the word was soon in extended common usage.

The enterprising woman charged ten cents for admission to the “museum” and then for an additional dime, visitors were admitted to an inner room where no less person than the ticketseller herself performed the dance known as the “Hootchy-Kootchy” first introduced on the Midway.
—Altoona Tribune (Altoona, PA), 30 Sept. 1895

”Come right in, ladies and gentleman,” said the hootchie koochie drummer … “and see the celebrated dance denounced by this morning’s NEWS AND OBSERVER.”
—The North Carolinian (Raleigh. NC), 31 Oct. 1895 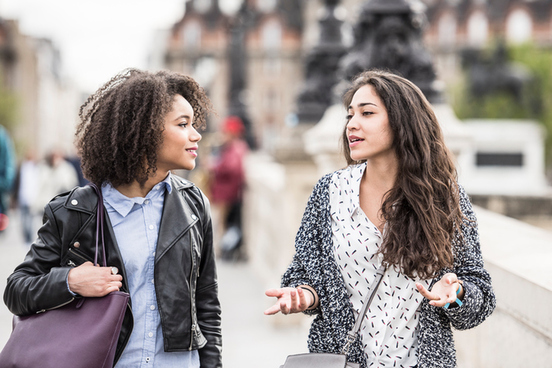 Skimble-skamble is thought to be a reduplication of the English dialect word scamble ("to stumble along"). The word has been stumbling along in our language since at least the end of the 16th century, when William Shakespeare used it in Henry IV ("such a deale of skimble scamble stuffe").

The word was used by a number of other 17th and 18th century writers, including John Taylor, who turned it into a noun in his reduplicatively titled 1619 work, A Kicksey winsey:

Or where's the wind (or some such windy mock)
With such fine scimble seemble, spitter spatter,
As puts me cleane besides the mony matter. 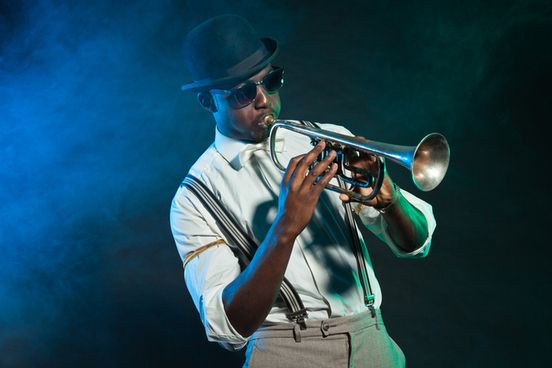 Definition: sweet jazz of a style reminiscent of the 1920s

Ricky-tick began being used by jazz musicians in the 1930s, as a dismissive way of referring to the music played the decade prior. Not all jazz-related examples of rhyming reduplication are sneering ones: the word boogie-woogie (“percussive style of playing blues on the piano”) has primarily been used to describe the piano style.

(Corn is helpfully defined in the same article as “Tunes our forefathers went to town on.”) 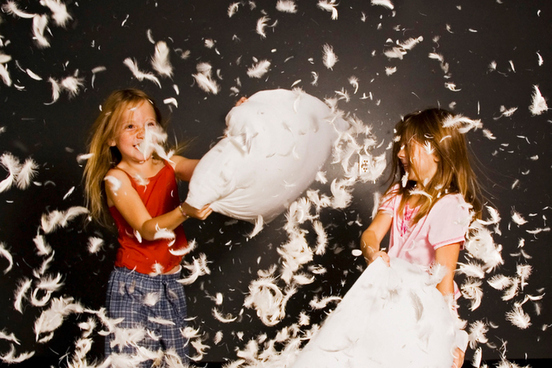 Sometimes it can be difficult to take certain rhyming reduplications seriously; there is something about their nature that makes them sound a bit like baby talk. But many of them were not always considered to be borderline nonsense, but instead functioned as proper words. Hurly-burly is an example of this (the Oxford English Dictionary in a somewhat wry aside, notes that hurly-burly was “Formerly a more dignified word than now”), and the word is found in many significant works of literature from years gone by.

Queen: Oh! Tortures, Plagues and Curses seize them: Come, come my Friends, for you must share my Fate.
Messenger: Alack, if I should lose my Tommy now in this hurly burly! (aside: she howles)
—Anon., The Abdicated Prince, 1690 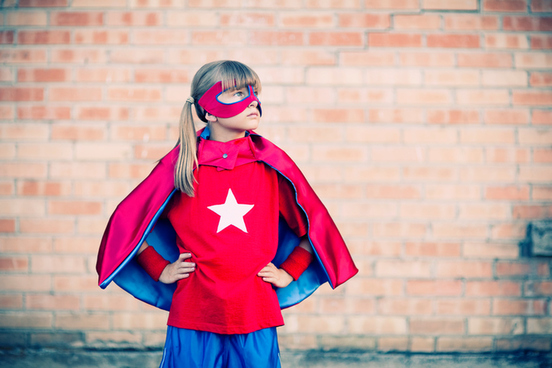 Definition: of the greatest excellence, size, effectiveness, or impressiveness

Super-duper is another of our recent rhyming reduplications, appearing to have begun being used in exaggerated statements and outright fibs in the 20th century. It shows up in what appears to be long-winded satiric use, in 1920:

For a brief period of time super-duper was used in a literal sense, to refer to one who dupes other people (a duper), and is very good at it (they are super).

The super-duper, according to immigration official, crashed into the highest State circles of this country by free use of Queen Wilhelmina’s name and faked credentials of a prominent journalist.
The Los Angeles Times, 29 Apr. 1934

This sense did not catch on, and by the end of the 1930s the word had gone on to its common sense of “really, really, really amazing.” 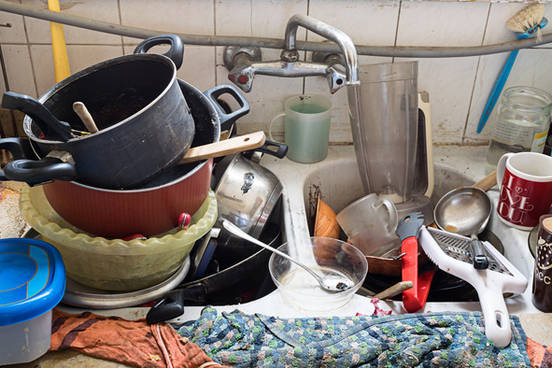 The etymologists inform us that rantum-scantum is irregularly formed from rant. This initially feels a bit confusing, as the meaning of the rhyming reduplication does not seem to have much to do with a rant. However, the earliest sense of rant (as a verb) was “to talk noisily, excitedly, often extravagantly,” and the word has also formerly had the meaning of “to have a noisy good time with dancing, singing, and drinking,” prior to taking on its current common meaning of “to scold, declaim noisily.”

We’ve been rantum-scantum for over 400 years now; the word appears in print as far back as the very beginning of the 17th century, and has been in regular use since.

Sir Barnaby: No better nor no worse, are these trappings fit for a Ladies Chamber? there has bren Rantum scantum doings within, the Bed's turn'd Topsy Turvy, Men's Cloathes and Women's, thrown Higeldy Pigeldy; whilst some are at it, Helter skelter, arsy versy, hand over head, and the Devil and all.

Captain: What a Pox is all this — I am a shark, if I understand one syllable of what he sayes.
—Edward Ravenscroft, The Canterbury Guests, 1695 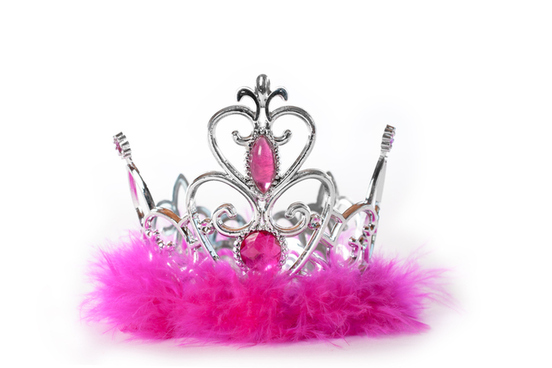 Definition: a geegaw or trifle; something unimportant or whimsical.

Fingle fangle is not often heard these days, having been replaced by a host of newfangled words such as gimcrack, doodad, and kickshaw. And while we’re on the subject of newfangled, this word and fingle fangle are closely related: both fingle fangle and the shorter fangle (“a fashion especially when foppish or silly”) are throught to have been formed from the older newfangled.

….and yet I say, the common Learning, that is in use for gaining Knowledge in Physick, serves rather to puzzle and confound than inform a Student, especially the fingle fangle Notions about Anatomy….
—Edward Bolnest, Medicina Instaurata, 1665 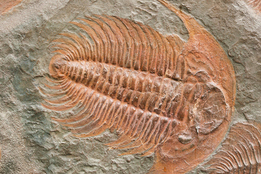