The adjective unaware is defined rather straightforwardly in the dictionary: "not aware" or "ignorant." This word is often followed by of: "The hotel manager was unaware of the problem with the elevators." 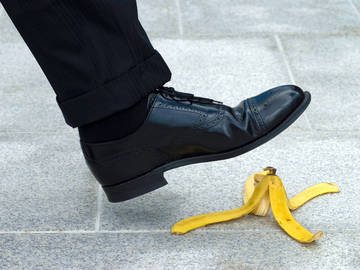 The common adverbial form of the adjective 'unaware' is 'unawares'. It's not a mistake—it's a holdover from Middle English.

The common adverbial form of the word is unawares. It is frequently used in conjunction with a verb such as catch or take:

I don't often watch late night television, which may be why I was caught unawares. Jimmy Fallon's opening monologue began hilariously enough, when abruptly he pivoted to a series of inexplicably weak jokes centered on a forthcoming football game. It slowly dawned on me that I was watching a commercial for NBC's "Sunday Night Football," albeit one baked right into the opening monologue and delivered by Fallon himself.
—Tim Wu, New York Times, 25 Nov. 2016

This extension of street art aesthetics to illusionistic installations raises the question: What happens to street art when it is no longer in the street? Certainly it loses some of its shock value — part of the beauty of street art is that it might take us unawares. Perhaps the examples above are attempts to shock us by bringing the street into the gallery.
—Sharon Mizota, Los Angeles Times, 15 Apr. 2011

What's the deal with that strange –s ending? The practice is a holdover from Middle English, a case known as the adverbial genitive. Think of the way we add the letter to a time-related noun when talking about a repeated action or state: "works from home Tuesdays"; "mornings she gets a coffee at the market." The adverbial genitive is a relic of Middle English that, in addition to these examples, still turns up in such words as always and afterwards. The adverbial genitive ending is also responsible for giving us such words as amongst from among and besides from beside.

Unawares is the accepted form that follows the pattern of the adverbial genitive, but the flat adverbial form unaware still turns up enough in its own right:

Anyone can look miserable when you catch them unaware--even at the Great Minnesota Get-Together. A candid shot of two teens on the Sky Glider leaves the impression that these millennials are bored with the fair — and each other.
—Liz Sawyer, Minneapolis Star Tribune, 9 Sept. 2016

It is not essential that the enemy be taken unaware, but only that he becomes aware too late to react effectively.
—John I. Alger, Definitions and Doctrine in the Military Art, 1985

Caught unaware is common enough that we include the adverb unaware in our dictionary as a synonym of unawares. Both spellings are completely standard.