Does 'Incredible' Mean 'Not Credible'?

It did. Now it's more like "really really good."

The in- prefix in incredible did initially imply "not," as the original definition of incredible was "too extraordinary to be believed," thus "not credible." However, over time the meaning of incredible weakened and is now taken to mean "amazing." This is similar to the weakening of the word unbelievable. 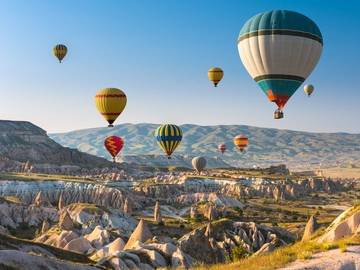 We get it. You had a nice vacation.

Example number 237 in our catalogue of ‘ways that English can be a bit trickier than it really needs to be, don’t you think?’ is the prefix in-. This innocent-looking dyad of letters can mean “put into or onto” (as with inspirit), it can carry such meanings as “in or within” and “into, toward, or on” (as in infiltrate), and it can mean “not” (as in incredible).

When incredible first began being used, in the 15th century, it was with the meaning “too extraordinary and improbable to be believed.”

His dyuynyte myght not be to her incredyble
For she knewe wel
that she had not conceyued of the seed of man but by dyuyne Inspyracion.
— Jacobus de Voragine, Legenda aurea sanctorum, 1483

For it is sayd forsoth that it was Incredyble to be made with mannes honde or to be destroyed with manes strengthe wherof all the worlde myght take an ensample & it wolde or myght be enfourmed.
— Ranulf Higden, Tabula, 1502

It did not take long for writers to begin using the word in a slightly weakened sense. Not as much weakened as ‘my brunch was simply incredible,’ but enough so that it can be interpreted more to mean “amazing” than “unable to be believed.”

This incredible abomination playnly passeth all mennes capacite.
— John Frith, A pistle to the Christen reader, 1529

…he sawe accordynge to his incredible knowlege and wysedome that it was nat conuenient, nor yet good, that Adam shuld leade his lyfe in Paradyse solitary and all alone without company.
— Edward Fox, The determinations of the moste famous and mooste excellent vniuersities of Italy and Fraunce, 1531

'Unbelievable' Has Taken a Similar Path

Similarly to incredible, unbelievable started off meaning “too improbable for belief,” before taking on a somewhat weakened sense.

This to almighty God hath so been thought good, to thentent that all creatures maye vnderstande, nothyng to be so vnbelieuable emong menne, whiche the power of God is not able to bryng to effecte, yf it bee his pleasure.
— Desiderius Erasmus, The first tome or volume of the Paraphrase of Erasmus vpon the Newe Testamente, 1548

Despite the fact that unbelievable and incredible are a bit flexible, not all words in English that are composed of {a negative prefix} + {an adjective referring to belief} have broadened in similar manner. Incredulous still largely refers to not being credulous, and implausible almost always is restricted to meaning “not plausible.”

So for those who have managed to work out all the roles played by in-, there is a wild card: any of the words using this as a negative prefix may slip from their semantic moorings. Another one of the things that makes English an incredible language.