You Can Believe This History of Plausible

Today the word plausible usually means "reasonable" or "believable," but it once held the meanings "worthy of being applauded" and "approving." It comes to us from the Latin adjective plausibilis ("worthy of applause"), which in turn derives from the verb plaudere, meaning "to applaud or clap." Other plaudere descendants in English include applaud, plaudit (the earliest meaning of which was "a round of applause"), and explode (from Latin explodere, meaning "to drive off the stage by clapping").

In our solar system, the biggest moon is Jupiter's Ganymede, which has a mass only 2.5 percent that of Earth—too small to easily hang on to an Earth-like atmosphere. But I realized that there are plausible ways for moons approaching the mass of Earth to form in other planetary systems, potentially around giant planets within their stars' habitable zones, where such moons could have atmospheres similar to our own planet.

René Heller, Scientific American, January 2015 I watch the ospreys who nest on Perch Island high atop their white spruce. Our sense of a plausible summer depends much on their diligent success at nest-building and procreation, and on their chicks fledging in late August.

Richard Ford, Wall Street Journal, 14-15 June 2008 … I'd mastered the quick size-up. Does the person seem agreeable over coffee at the drugstore counter and picking up his mail at the post office, drive a plausible vehicle, and know the weather forecast?

Edward Hoagland, Harper's, June 2007 … string theorists can exhibit plausible models of a unified Universe, but unfortunately they cannot explain why we inhabit a particular one.

Michael Atiyah, Nature, 22-29 Dec. 2005 it's a plausible explanation for the demise of that prehistoric species
Recent Examples on the Web Such a massive earthquake occurring in our lifetime is especially plausible because the San Andreas is the fastest-moving fault in the state, slipping at a rate of 15 to 35 millimeters a year.

Salvador Hernandez, Los Angeles Times, 23 Sep. 2022 This is even less plausible than the many earlier rumors that Mr. Biden hopes to claim FDR’s mantle.

Brynn Tannehill, The New Republic, 11 Aug. 2022 Many would balk at the mere mention of such a conflict, but the reality is that such a scenario is increasingly plausible.

Tribune News Service, cleveland, 19 June 2022 These ideas are extreme leaps from where the 1993 film began, and yet, the Jurassic World trilogy has laid the groundwork in which both of these scenarios are still ridiculous, yet plausible in the world that’s been established.

Richard Newby, The Hollywood Reporter, 11 June 2022 For all those wondering why Flavien Prat decided to serve a three-day suspension on the penultimate weekend of Del Mar’s fall season rather than serving it later, a very plausible answer surfaced Saturday.

Bill Center, San Diego Union-Tribune, 20 Nov. 2021 If the latter proves true, the gymnastics to achieve plausible deniability would be sickening.

These example sentences are selected automatically from various online news sources to reflect current usage of the word 'plausible.' Views expressed in the examples do not represent the opinion of Merriam-Webster or its editors. Send us feedback. 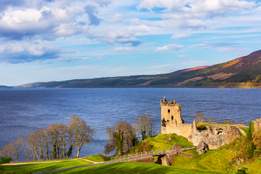 Dictionary lookups from politics, the economy, and Loch Ness

: seeming to be reasonable
a plausible excuse
plausibly
-blē
adverb

More from Merriam-Webster on plausible