Should 'aggravate' only be used to mean 'to make worse'?

The most aggravating of all usage controversies

We all have friends and acquaintances who on occasion will aggravate us. Sometimes these people manage to perform this feat through pedestrian means, such as by borrowing money, or a book, and failing to return it. Other times it will be through a more pedantic approach, such as correcting us when we use the word aggravate to mean “annoy.” 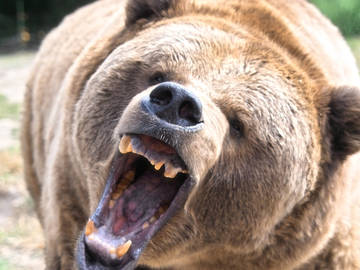 'Aggravate' has been used to mean "annoy" for about 400 years. That doesn't mean it's widely accepted.

If you have not the benefit of such friends and acquaintances, and do not yet know what is wrong with saying “you aggravated me,” the objection is that this word should properly only be used to mean “to make worse.” This objection began somewhat recently, around 1870, and soon was embraced by usage writers aplenty.

aggravate, aggravation. 1. The use of these in the sense annoy, vex, annoyance, vexation, should be left to the uneducated. It is for the most part a feminine or childish colloquialism, but intrudes occasionally into the newspapers.
—H. W. Fowler, A Dictionary of Modern English Usage, 1926

The use of “aggravating” for “provoking,” in my boyhood a vulgarism of the nursery, has crept into almost all newspapers, and into many books.
—John Stuart Mill, A System of Logic (8th ed.), 1900

The signification of making an ill condition worse is the only one in which the verb Aggravate is properly used; it is a vulgarism to employ the word in the sense of annoying, causing pain or grief.
—Joseph Fitzgerald, Word and Phrase, 1901

It is in some ways a curious admonition; the “make worse” sense of aggravate is not the oldest one, as the word previously had the meanings of “to make heavy” and “to exaggerate.” However, the grammar scolds of the late 18th and early 19th centuries did not appear to rate consistency as a cardinal virtue, and so they stuck with this idea. In the middle of the 20th century it was still commonly advised against, as in the case of Theodore Bernstein, a noted usage writer.

”Aggravate” means “to increase or make worse”; it should not be used to mean “irritate” or “exasperate.”
—Theodore Bernstein, Watch Your Language, 1958

What is interesting about Bernstein’s warning is that he unwittingly shows how tricky semantic change can be. Neither exasperate nor irritate have always meant “to annoy.” Exasperate appears to have entered written English use in the 1520s, simultaneously taking the meanings of “to make worse” and “to annoy” (or, “to aggravate” and “to aggravate”). Throughout the 15th and 16th centuries it is not uncommon to see exasperate used synonymously with aggravate in the sense of “to make worse.”

When all that they doe is most loathsome and abominable in Gods sight? when all their masked devotion is so farre from pacifying Gods wrath, that it is but a means rather to aggravate and exasperate it against them?
—Thomas Gataker, Certaine Sermons, 1637

So soone as your disquieted minds begin to expostulate with the quality of your wrongs, which your Enemy is apt to aggravate and exasperate, purposely to hasten your precipitate revenge….
—Richard Brathwaite, Times Treasury, 1652

….it did more violentlie aggrauate and exasperate his sorrow at such time as it was tolde him that Croie was taken by Scanderbeg….
—Marin Barleti, The Historie of George Castriot (trans. by Z. I.), 1596

And the earliest sense of irritate was “to provoke or excite.” Thomas Elyot, in his 1531 work The Boke Named the Gouernour wrote “A man shall irritate vice, if he prohibite.” (He meant this would excite vice, not annoy it.)

So how long has aggravate been used in the sense of “I really wish you would stop doing that”? About 400 years, and we’re sure it will be widely accepted any day now. Just kidding. The 2015 edition of The New York Times Manual of Style and Usage says of aggravate that “It means to make worse, not to anger or irritate.”

Actually, the Times is a bit of a holdout in this regard, and most usage guides will accept (sometimes begrudgingly) the use of aggravate to mean “annoy.” This sense has been sanctioned through use by authors such as Mark Twain, Charles Dickens, Herman Melville, and hundreds of others.

If you decide to use the word in this fashion and someone informs you that you are wrong, you could always respond with “stop vexing me.”