Do You Need a New Language Peeve?

Are you the kind of person who decided to collect 8-track cassettes because vinyl LPs had become too popular? Do you enjoy worrying about the language use of others, but find that too many other people have the same peeves? Do you need some new words which, when you encounter them at a cocktail party, will allow you to gracefully and quietly (but not too quietly) inform the speaker that he or she had just committed a minor error? If so, look no further, for Merriam-Webster has you covered. 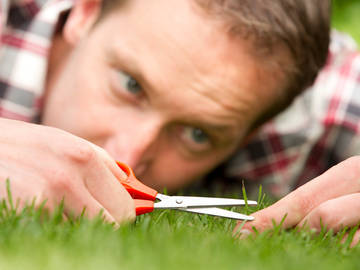 Alfred Ayres, writing in his 1881 book The Verbalist, said of effectuate (“to cause or bring about”) that “this word, together with ratiocinate and eventuate, is said to be a great favorite with the rural members of the Arkansas legislature.” Fighting words!

For much of the 20th century, certain words which have the misfortune to end with the suffix -ize have been frowned upon (incentivize, finalize, prioritize). But the -ize words are not the only ones that has come under fire; words ending in -ate also seem to be quite adroit in provoking ire, or they were at the end of the 19th century.

Alfred Ayres, writing in his 1881 book The Verbalist, said of effectuate (“to cause or bring about”) that “this word, together with ratiocinate and eventuate, is said to be a great favorite with the rural members of the Arkansas legislature.” Fighting words! Not to be outdone, Henry Alford, in his 1864 A Plea for the Queen’s English, said of eventuate that it was “another horrible word, which is fast getting into our language through the provincial press.” As is so often the case when comparing the judgments of 19th century linguistic scolds, however, it is Richard Grant White who is the most strident in his objections.

Militate is rarely misused, except that any use of it is misuse, and it belongs rather among words which are not words. It does not appear in Johnson’s Dictionary, and it is of comparatively recent introduction … The use of this word is, however, not a question of right of wrong, but one of taste. It belongs to a bad family, of which are necessitate, ratiocinate, effectuate, and eventuate, which … should not be recognized as members of good English society.
—Richard Grant White, Words and Their Uses, 1880

Do these words truly belong to “a bad family”? That depends on your view of what counts as, in White’s phrase, “members of good English society.” Most of the -ate words that the 19th century curmudgeons waxed wroth about were not particularly new; many of them appear to have entered our language in the 15th and 16th centuries.

Effectuate may be found as far back as 1577:

Before all thinges, Adrian gaue order, that the body of Traiane might be brought into Italie, where it shoulde be giuen a generous sepulchre, and to effectuate the same, commanded his ashes to be inclosed in a boxe of Vnicorne….
—Antonio de Guevara, A Chronicle, 1577

The pompe of this vaine world she did despise,
Weighing the slipperie state of earthly things,
Therefore aboue the Spheares of heauen she flies,
To sing and ioy before the King of Kings:
Her vertues that did militate on earth,
Against the flesh, the deuill, sinne and hell.
—Thomas Rogers, Celestiall Elegies of the Goddesses and the Muses, 1598

Or do they think … that God is too good to eventuate the Eternal Misery of any Being?
—Timothy Manlove, The Immortality of the Soul Asserted, 1697

There are certain characteristics that are shared by most of these frowned-upon words: they tend to be longer than they need to be, and smell like the kind of word that someone uses when trying to appear smart. Some of them, such orientate (“to orient”), or conversate ("to converse"), were created through back-formation, which is always a recipe for censure.

There are occasional success stories, such as militate, which has become an entirely acceptable (albeit obscure) member of good English society. Others, such as orientate, are split; speakers of U.S. English tend to view the word as a combination of pompous and illiterate, while it is much more accepted by British speakers. As for ratiocinate (“to reason”), eventuate, and effectuate, they have expanded beyond being used by the “rural members of the Arkansas legislature,” although some usage guides still will caution against them, in favor of shorter words.

And so if you are bored with the hoary old chestnuts of prescriptivism, and would like to have a boutique peeve, perhaps you might consider this fine collection of 19th century gripes: militate, ratiocinate, and effectuate. Few people will know what you are talking about, and, of those who do, even fewer will care, but you can take solace in the knowledge that you are original in your linguistic rants. And at least you won’t be talking about irregardless.

Seriously, everyone is sick of hearing about that.