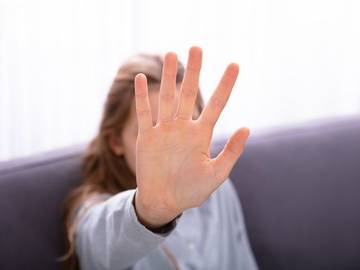 No pictures at this time, please.

These words look mighty similar, and it can be easy to use one where you mean to use the other. To learn how to keep them straight, read on.

Most of the time, demur, which rhymes (sort of) with preferplay , is a verb meaning "to take exception," "to object," as in the following:

Harry the Dog's peonies were enormous, but when Mabel the Cat asserted that the County Fair's Floriculture Blue Ribbon was assuredly his, he demurred, noting that Mabel's own dahlias approached 12 inches in diameter.

It also functions as a noun, with its most common meaning being "an act or an instance of objecting; protest," as in:

Mabel accepted Harry's rejoinder without demur, but with, it seemed to him, a decidedly smug look on her face.

Meanwhile, there's demure. It's an adjective, and it rhymes (sort of) with secureplay . It's used to mean "reserved, modest," or "affectedly modest, reserved, or serious; coy," as in:

When the Fair day arrived, Mabel and Harry were both deeply disconcerted to see Jaime the Gerbil impressively negotiating a particularly noisome specimen of Amorphophallus titanium—that is, corpse flower—onto the dais. The judge's green visage contrasted nicely with the blue of the ribbon, which Jaime humbly accepted with a demure bow of the head.

Origins of Demur and Demure

The origins of this pair appear to be completely distinct: demur entered English during its Middle English phase, when synonymous forbears demuren and demeren meant "to linger." That pair was inherited from Anglo-French versions that trace back to Latin demorari, from de- and morari, meaning "to linger." Morari comes in turn from mora, meaning "delay."

Demure is slightly younger and of uncertain provenance, though it may be kin to Middle English mure, meure, meaning "sober, dignified" and "modest, gentle," from an Anglo-French iteration meaning "ripe, mature." The presence of de- in the modern word is, however, a puzzle to our etymologist.