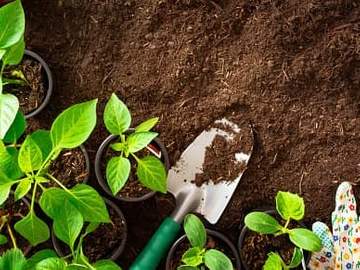 So do you "delve into," "dig into," or "dive into" some activity? Delve and dig have similar meanings relating to the moving or removing of earth with a spade, shovel, or other implement. Their extended meanings refer to investigation and examination, and there are nuances in those senses to be uncovered. Let's start digging before plunging into dive.

The verb delve can mean "to dig or labor with or as if with a spade." An example of figurative use is "The woman delved into her handbag in search of a pen." Later, it came to mean "to make a careful or detailed search for information" or "to examine a subject in detail," e.g., "The therapist delved into the patient's past."

Dig commonly suggests the breaking up, turning, or loosening of earth with a shovel or other implement (as opposed to a spade). By metaphorical extension, it came to refer to uncovering information as if by removing or pushing aside material (a sense similar to that of delve), as in "The students are digging into the history of civilization."

You might have noticed the use of spade in the definition of delve and asked yourself, "So what's the difference between a spade and shovel?" Spades tend to have a sharpened, triangular edge that is designed for cutting or digging into the earth whereas shovels are broad-bottomed tools for moving loose materials. The phrase "dig and delve" (as in the line "eleven, twelve, dig and delve," from the nursery rhyme that begins "one, two, buckle my shoe") might have also come to mind. Is it redundant? Not necessarily. According to the Oxford English Dictionary, in some local uses dig was the term for working with a mattock (a tool similar to an adze or a pick) while delve was reserved for using a spade.

The verb dive (indicating a plunge headfirst into water) is reserved for avidly plunging into a project or activity, as in "She dove into her graduate studies." If you need a word for figuratively (or literally) getting your hands dirty in some laborious research, examination, or analysis, both delve and dig work. One can turn to their senses referring to tools to determine the best choice. Delve may suggest pointed penetration when uncovering information; on the other hand, dig hints at doing some mental lifting.