It used to mean "impulsive insanity." What changed?

Today, we think of a brainstorm as a positive thing—something that solves a problem or gets the creative juices flowing. But when it was first used, brainstorm meant something very different: according to the 1934 edition of the Unabridged dictionary, it meant only “a violent, transient mental derangement manifested in a maniacal outburst; popularly, any transitory agitation or confusion of mind.” The Oxford English Dictionary also includes in its definition “a sudden and severe attack of mental illness” and “an epileptic seizure,” then adds to the negative impression of the word with “a temporary loss of reason, a serious error of judgment.” The Funk and Wagnall’s dictionary of 1913 defined it as “impulsive insanity.” 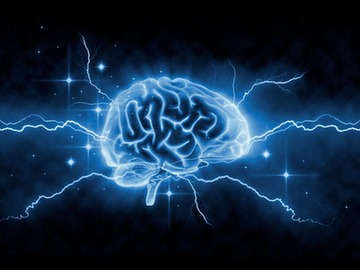 This kind of brainstorm was especially threatening because it suggested that otherwise sane people could slip into temporary derangement. For example, a 1912 newspaper article headlined "Brain Storm From Movies," suggested that the strain of watching motion pictures could trigger breakdowns in otherwise healthy people:

This looking at artificial moving pictures is an overtaxing of the eye. . . . The consequent requiring of more energy than necessary brings the affection and breaking down of the brain under the cumbersome burden and the following mental disorders known as brain storms"
—The Rocky Mountain News [Denver, Colorado], 22 August 1912

Brainstorm was also used for a time as a verb meaning “to have a confused, deranged, or violent outburst,” but this use isn’t recorded in any dictionary. Here is an example that makes unflattering reference to President Theodore Roosevelt:

It is argued that the president is given to handling many details—all strenuously; that the stress and fret of public life, lived under high nervous pressure, have exhausted him, until his friends find him “brain-storming,” and can only feel sorry for the wreck of what was once a great man.
—The Evening Herald [Ottowa, KS], 10 April 1907

It wasn’t until the 1920s that brainstorm was used to mean “a sudden bright idea,” and then only in American English. It seems to have begun as a variant on brain wave, which was first used in the mid-1800s to mean “a hypothetical vibration assumed to explain telepathy.” By 1900, it came to mean “a flash of inspiration.”

The meaning “a harebrained idea” or “a wild or impractical flash of inspiration” seems to have come and gone during the 20th century, with most evidence from the 1950s, ‘60s, and ‘70s: "The layout looks as though it is the brainstorm of the art director of a struggling new advertising agency after a three-martini lunch" (Saturday Review, Sept. 18, 1976).

Finally, in the 1950s, brainstorming became business jargon: "a group problem-solving technique that involves the spontaneous contribution of ideas from all members of the group; also : the mulling over of ideas by one or more individuals in an attempt to devise or find a solution to a problem."