We'll start with the one you're likely more familiar with. The verb culminate means “to rise to or form a summit” or “to reach the highest or a climactic or decisive point.” It comes from the Late Latin verb culminare, meaning “to crown,” and its English use originated in the field of astronomy: a star or other heavenly body that culminates is one that reaches the point at which it is highest above the horizon from the vantage point of an observer on the ground. 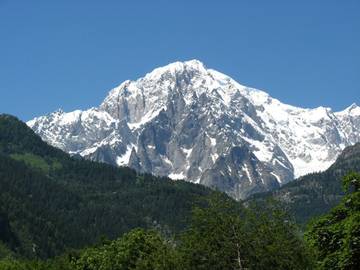 Yeah. That's it. Just to the right of the one you're looking at.

Culminate is often followed by in, particularly in its more common figurative use:

Leaders have tried increasingly drastic strategies to cut costs, culminating in campuswide furloughs that shut down the campus for eight days this spring and even forced students out of work.
— Dawn Rhodes, The Chicago Tribune, 31 May 2017

When people think of the suffrage movement, Susan B. Anthony is one of the names that immediately comes to mind. Although she didn't live long enough to vote (legally, at least), her contributions to the women’s rights movement were part of a chain of events that culminated in the 19th Amendment.
— Emily Petsko, Mental Floss, 12 Feb. 2019

Similar in appearance and close in meaning to culminate is cumulate, a somewhat rare verb which essentially means the same thing as its more common relative accumulate: “to gather or combine together” or “to build up by addition of new material.”

But under direct elections ideological parties and personalist movements could drain away enough popular votes, cumulating from state to state, to win the 20 percent necessary to force the presidential contest into a run-off.
— Arthur M. Schlesinger, Jr., The Cycles of American History, 1986

Both cumulate and accumulate derive from the Latin verb cumulare, meaning "to heap up." If there is any difference between the two, it might be that cumulate is more likely to appear in technical or scientific writing. Accumulate is usually preferred for things that build up in a single place slowly and seemingly without any assistance, such as snow drifts or interest on an account. (Both words can also serve as adjectives meaning “gathered in a heap.”)

There are occasions when one encounters cumulate where culminate would seem to be a better fit for the sentence:

Johnson is the beneficiary of a growing body of research that finds juveniles don't always understand the consequences of their actions, and that the juvenile brain isn't fully developed. The change of opinion cumulated when the Supreme Court ruled a few years ago that sentences of life without parole for juveniles is cruel and unusual punishment.
— Colorado Public Radio, 24 Jan. 2019

And other occasions where it seems like either word could fit:

The show marked the first time he sang before an audience in New York. “Every time I talk about the most thrilling experience of my artistic career, it always starts here,” said [Jake] Gyllenhaal about New York City Center. In fact, he was so taken by Greene’s performance, especially singing “Somewhere That’s Green,” he felt that all his hard work had cumulated to bring him to that point.
— Parade, 23 Jan. 2019

In culminate and cumulate, we have two words that suggest a building up of something, though culminate tends to emphasize the building toward a climactic moment that cumulate does not. Take the Chicago Tribune and Mental Floss examples at the beginning of this article: the cost-cutting strategies culminate in a final, climactic strategy: furloughs; and a chain of activism on behalf of women's rights culminated in the 19th Amendment.

For that reason, a usage expert might say that the above example from Colorado Public Radio contains an error. Since the change in opinion is being posed as leading up to an event—that being the Supreme Court decision—then the proper verb in this instance would be culminate, not cumulate.

In contrast, although the example from Parade describes an event toward which the actor’s career is building—that is, the opportunity to sing in a show with an admired co-star—it does make some sense to think of hard work as having amassed in quantity, especially if the actor’s career of work is being looked at as a record, so there is logic behind using cumulate here. But culminate might be more suitable if you want to emphasize the path that the actor’s career took to bring him to that point.